MediaTek has announced a new MediaTek Kompanio 1380 SoC for premium Chromebook. The new chipset comes with TSMC’s 6 nm process. The processor includes four high-performance ARM Cortex-A78 cores clocked up to 3 GHz and four ARM Cortex-A55 cores targeting efficiency. It’s a really powerful SoC that probably is on par or even ahead of the last year’s Dimensity 1200. The chipset also brings an ARM Mali-G57 GPU with five cores.

This GPU allows the MediaTek Kompanio 1380 to support two 4K 60 Hz displays, or one 4K 60 Hz display and two 4K 30 Hz displays. Therefore, users will have a wide variety of resolutions in the devices with this chip. The chipset also includes MediaTek APU 3.0, which accelerates AI-camera and AI-voice applications and also optimizes the battery life. The processors also have AV1 hardware decoding support. It allows consumers to stream 4K movies and TV shows with the best quality settings. They will also enjoy longer battery life. 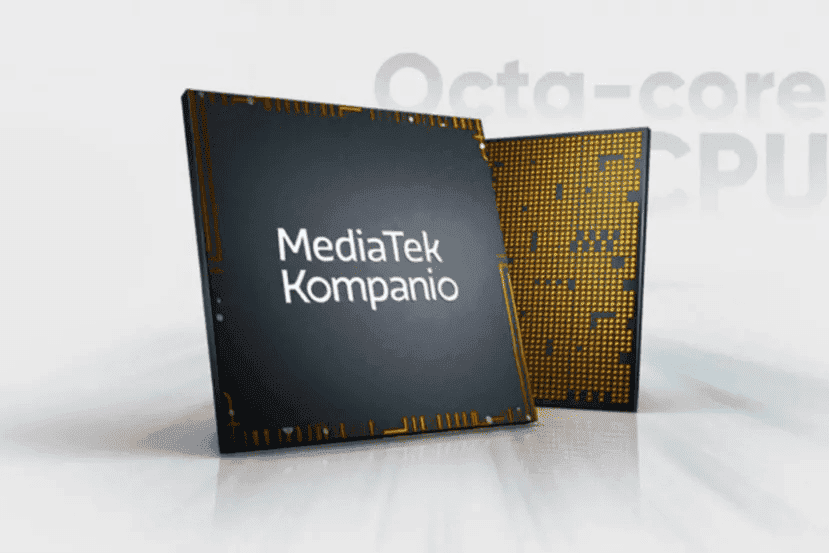 The MediaTek Kompanio 1380 also comes with dedicated audio digital signal processors (DSP) that provide an ultra-low-power voice on wakeup (VoW) capabilities for a wide variety of voice assistant services. Last but not least, the chipset also supports Wi-Fi 6 / 6E, Bluetooth 5.0, GPS, GLONASS, BeiDou, Galileo, and QZSS. The Acer Chromebook Spin 513 will be the first Chromebook that comes powered by this MediaTek Kompanio 1380 SoC. According to the company, it will hit the shelves in June.

“Kompanio 1380 continues MediaTek’s legacy as the No. 1 chipmaker for Arm-based Chromebooks, elevating premium Chromebook experiences with next-level performance. It will also bring an extra-long battery life”.

“The Kompanio 1380 is an integral part of delivering a great experience for users whether they’re working from home, enjoying media on the go, or anything in between. We’re excited to see its versatility come to life on the Acer Chromebook Spin 513, the first product to launch with this chip,” said John Solomon, VP of Chrome OS at Google.

We’re yet to see how the new chipset will perform with the upcoming Chromebooks. However, it’s interesting to see MediaTek expanding its terrain onto the computing scene, even though, it’s the Chromebook scene. We wouldn’t be surprised to see the Taiwanese chipmaker launching an ARM chip for computers in the future. Currently, it seems to be mainly focused on getting a good slice of the flagship market with its Dimensity 9000 series.

Next Elon Musk: For Tesla, Optimus Humanoid Robot Project Has Priority Over Cars