Yesterday, Tesla CEO, Elon Musk issued a statement, saying that they are going to shift their product development. According to him, the Tesla Bot known as Optimus is the “most important product development we’re doing this year.” In other words, Tesla will put more effort, time, and money into the humanoid robot project rather than the Cybertruck pickup or the Roadster supercar.

Musk first unleashed the robot during Tesla’s AI Day event in August 2021. The Optimus is 5-foot-8-inch and weighs 125 pounds. It is going to take over dangerous, repetitive, physical tasks from humans in the future. By the way, the Tesla Bot will run on the same AI system that powers Tesla’s driver-assistance technology such as Autopilot.

Interestingly, when introducing the Optimus, Musk said that making the Optimus should be easier as they will leverage existing work and parts from the development of self-driving technology. So if Tesla doesn’t do this, someone else will. But if others make an AI robot like the Optimus, it might be as safe as if Tesla does.

Moreover, Musk said that they are working hard to have a prototype of the humanoid robot ready by the end of 2022. Although at the presentation event, Musk said it wouldn’t be more prioritized over other Tesla products.

Why To Change Strategy?

The world is changing. And in the world of future Artificial General Intelligence (AGI) will have a key role. So Tesla, through the humanoid robot project wants to have a certain impact on development. 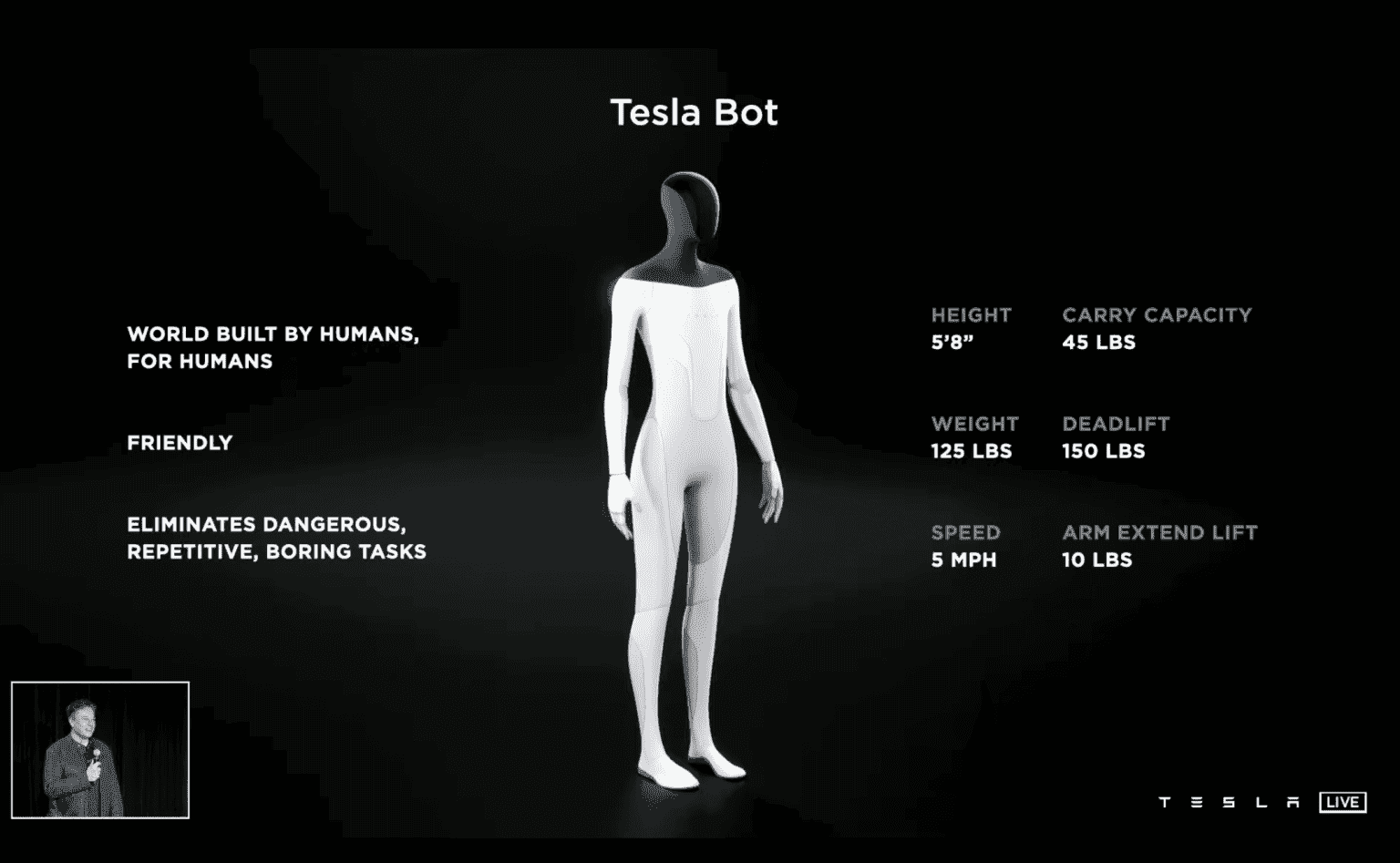 Not surprisingly, yesterday, Tesla’s AI director, Andrej Karpathy, stated that “Tesla Bot is on track to become the most powerful AI development platform.”

In terms of the priority of products, I think actually the most important product development we’re doing this year is the Optimus humanoid robot.

I think “Tesla Optimus” has the potential to be more significant than the vehicle business over time. If you think about the economy, the foundation of the economy is labor. Capital equipment is distilled labor. So, what happens if you don’t actually have a labor shortage? I’m not sure what an economy even means at that point. That’s what Optimus is about. So, very important.

Initially, the Tesla Bot will be used in Tesla’s own factories, “if we can’t find a use for it, then we shouldn’t expect that others would.”

Next Google CEO Sundar Pichai gets booked by Indian Police