A year ago, Elon Musk shared his thoughts and plans on the upcoming humanoid robot that Tesla was working on. 13 months have passed, and yesterday evening, at Tesla’s AI day, the company demonstrated its achievements in the project. Unlike last year’s gig worker in a spandex suit, we saw a genuine terminator at this year’s event. When saying this, we mean a true robot with electronics and mechanizations. We still can’t understand why the company didn’t hide all the internals under a robotic suit. But it’s another topic of conversation. 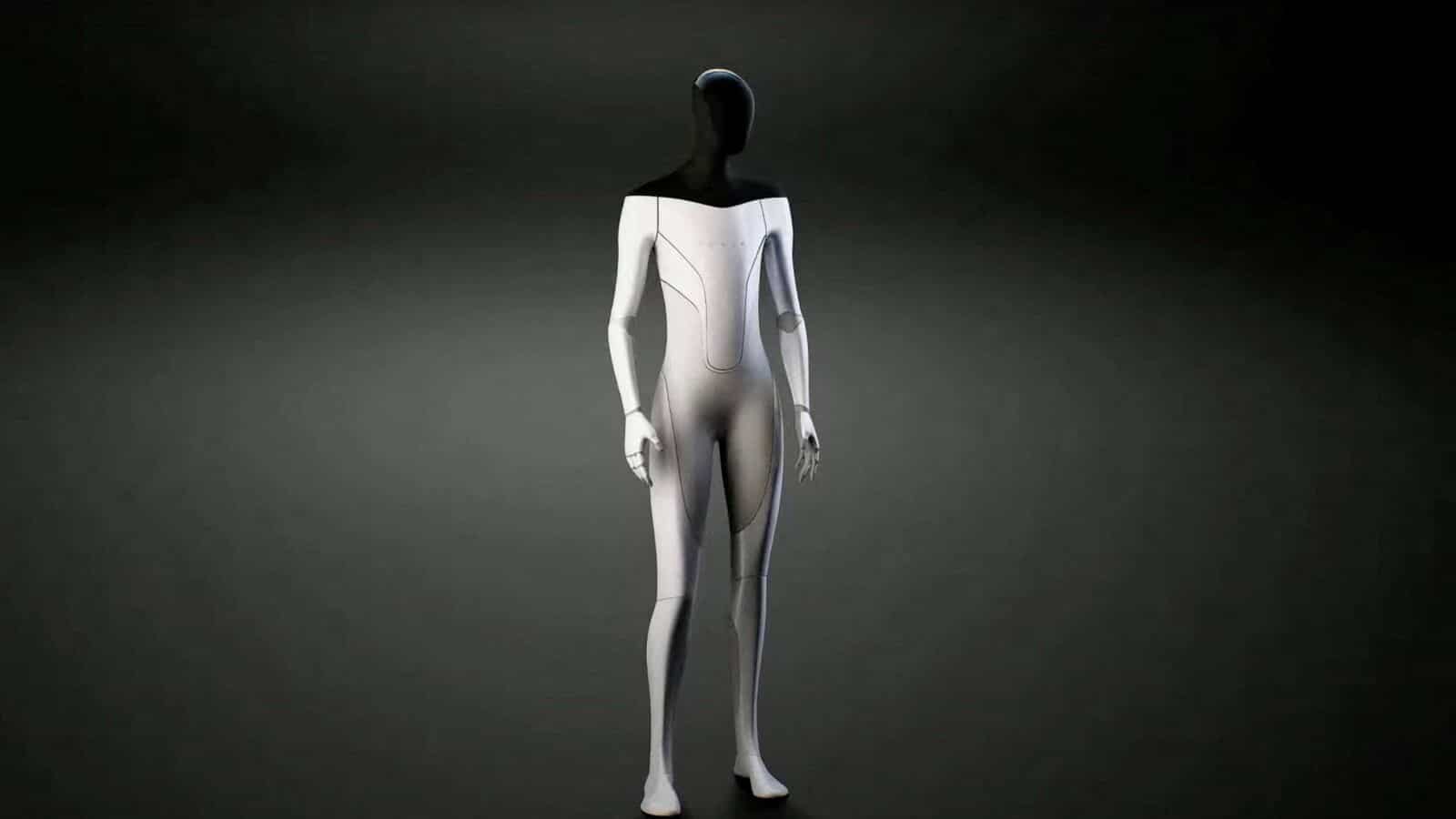 Last year, Elon Musk explained that the Optimus would operate independently due to artificial intelligence. In some sense, it’s similar to the company’s Autopilot system. Moreover, it can work safely around humans without extensive prior training.

What Can Optimus Do?

More importantly, the Tesla Optimus humanoid robot can understand complex verbal commands. Also, Musk said that the Tesla Bot would have “human-level hands.” In other words, this robot can move at 5 MPH and carry up to 45 pounds. The robot will be 6 feet tall and weigh 125 pounds.

Honestly, what we saw on the stage was an early prototype that was walking with no assistance. But its gait was ponderous. So at this stage, it’s naïve to think the Optimus humanoid robot is at the final stages of its development.

That’s why, Musk tried to make excuses, saying that “it wasn’t quite ready to walk. But I think we’ll walk in a few weeks. We wanted to show you the robot that’s actually really close to what is going to production.”

“Our goal is to make a useful humanoid robot as quickly as possible,” Musk said. “And we’ve also designed it using the same discipline that we use in designing the car, which is to say… to make the robot at a high volume at low cost with higher reliability.” Musk thinks when the robot is ready to go into mass production, it will cost under $20,000.

As for some technical specifications, the Tesla Optimus will come with a 2.3 kWh battery pack. The latter is assumed to integrate various power control systems into a single PCB. This is very important if the company wants to make it have power all day long. 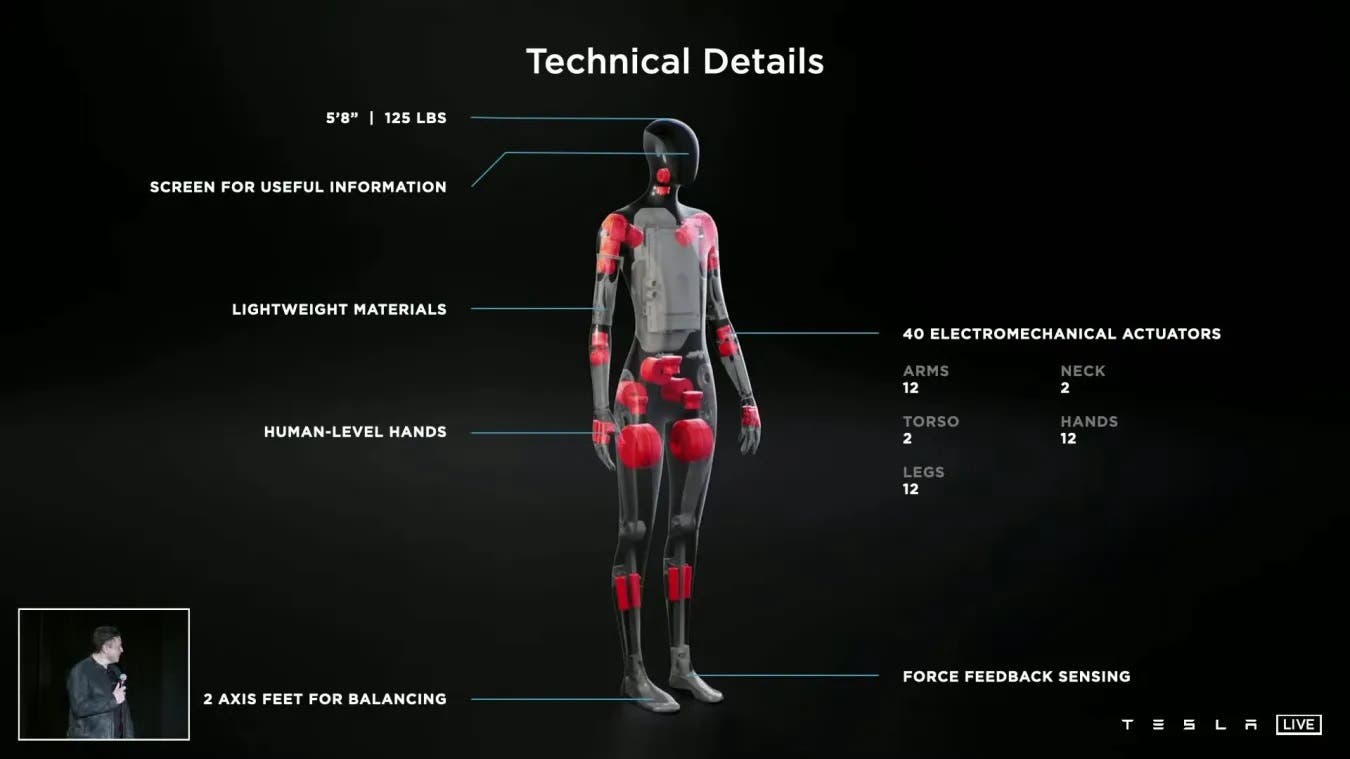 “Humans are also pretty efficient at some things but not so efficient at other times,” Lizzie Miskovetz, a Senior Mechanical Design Engineer at Tesla and a member of the engineering team, explained. Such an approach has something in common with human metabolism. Thus, with a small amount of food, we can sustain ourselves. The robot should be able to remain “alive” when there is only a small amount of power.

There Is Still A Long Way To Pass

The Tesla team will swap out all expensive and heavy materials with plastics. This will help the Optimus humanoid robot to be lightweight. “We are carrying over most of our designing experience from the car to the robot,” Milan Kovac, Tesla’s Director of Autopilot Software Engineering, said. 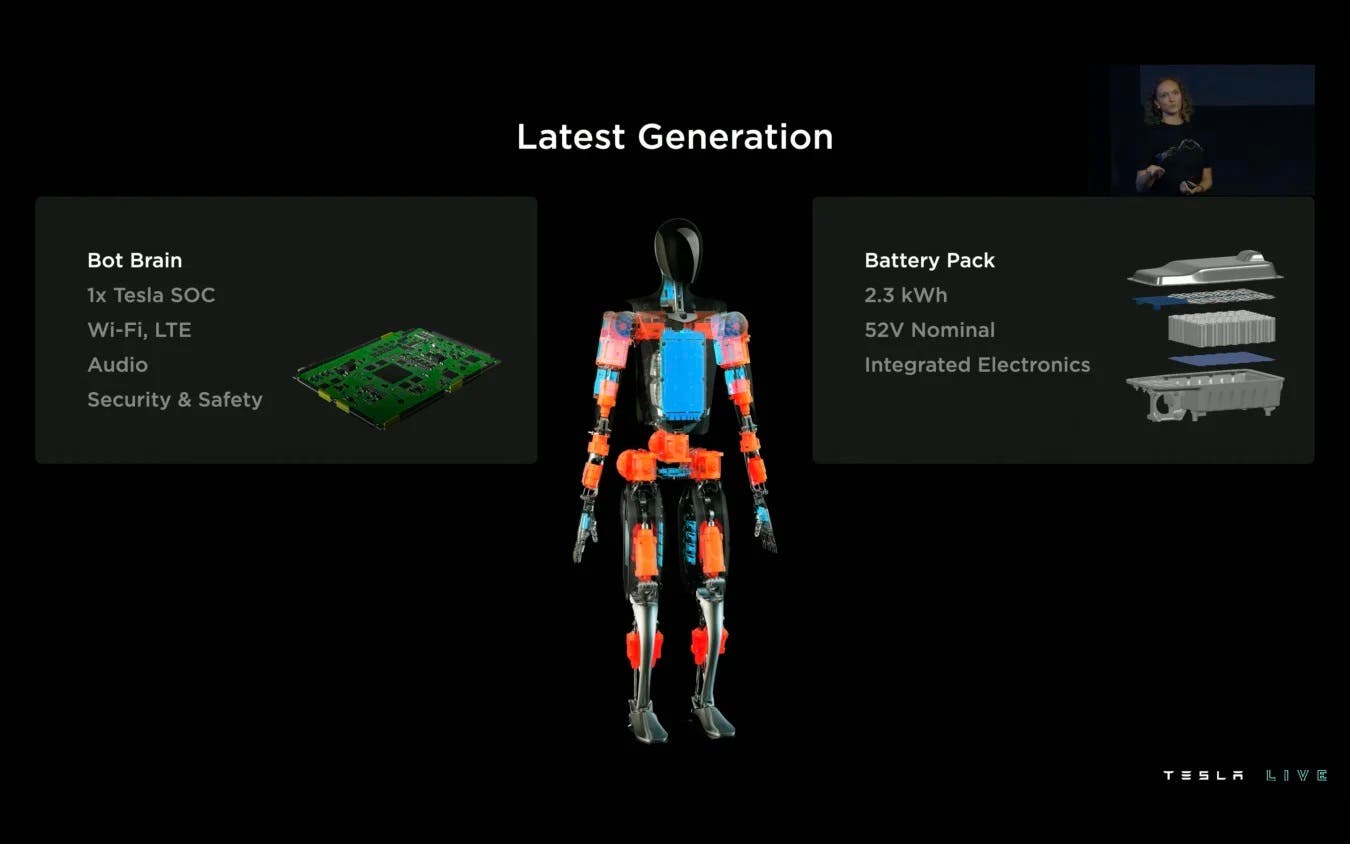 Another problem with developing humanoid robots is the ability to orient in real-world situations. “We want to leverage both the autopilot hardware and the software for the humanoid platform, but because it’s different in requirements and inform factor,” Miskovetz said. “It’s going to do everything that a human brain does: processing vision data, making split-second decisions based on multiple sensory inputs and communications.” For the latter, they mean integrated Wi-Fi and cellular radios.

“The human hand can move at 300 degrees per second, as tens of thousands of tactile sensors. It can grasp and manipulate almost every object in our daily lives,” Kovac said. “We were inspired by biology. [Optimus hands] have five fingers and an opposable thumb. Our fingers are driven by metallic tendons that are both flexible and strong because of the ability to complete wide aperture power grasps while also being optimized for precision, gripping of small, thin, and delicate objects.”

Tesla Optimus Should Differ From Rivals

The robot will have “complex mechanisms that allow the hand to adapt to the objects being grasped. We have a non-back drivable finger drive. This clutching mechanism allows us to hold and transport objects without turning on the hand motors.”

However, there is still a long path to pass. But as Kovac said, they want to create something really useful. The Tesla engineering team wants to test the walking capability without a tether in the next few weeks. Afterward, they will begin exploring more real-world applications.

“After seeing what we’ve shown tonight,” Kovac said. “I’m pretty sure we can get this done within the next few months or years and maybe make this product a reality and change the entire economy.”