Xiaomi has officially started the Redmi Note 11 series in global markets. Now, we expect the company to move and disclose its Redmi 11. However, it seems that the company isn’t done with its Redmi 10 series. The Redmi 10 launched in May 2021, and now, it seems that the company is ready to reveal a new device in 2022. It’s the missing Redmi 10a variant, which is known for being more affordable and for heavily focusing on the low-end segment. Today, a new smartphone dubbed Xiaomi 220233L2C was spotted on the Geekbench 4 listing which revealed some of its key specifications. This probably is the Chinese variant of the Redmi 10A that also passed through the IMEI database listing with 220233L2G model number. 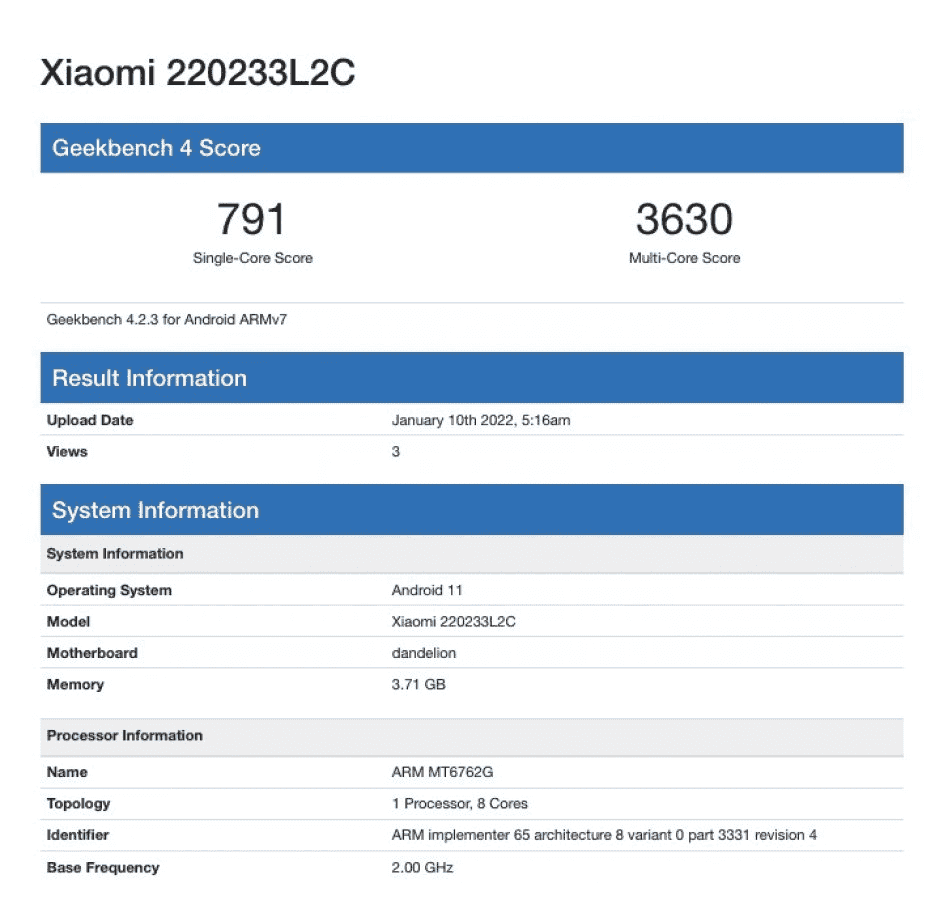 The Geekbench 4 listing confirms that the Redmi 10A will boast the MediaTek MT6762G processor. This CPU is the MediaTek Helio G25 SoC. To those unaware, this probably is the lowest 12 nm chipset that MediaTek still sells. It only has eight ARM Cortex-A53 cores with a 2.0 GHz clock speed. The device also has a GPU IMG PowerVR GE8320 clocked at 650 MHz. On Geekbench, the device scored 791 points in the single-core tests and 3,630 points in the multi-core department. Worth noting that the results given by Geekbench 4 are higher than Geekbench 5. The device also has 4 GB of RAM and runs Android 11. That’s right, just like the Redmi Note 11 series the device will launch with the 2020’s Android version. 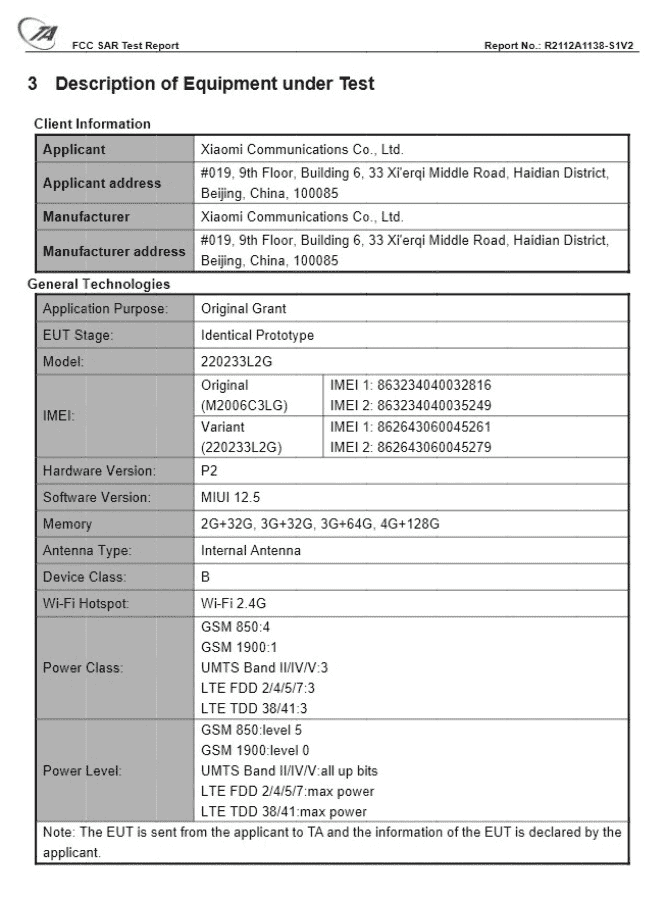 The Redmi 10A bearing the 220233L2G model number has passed through the FCC database. The listing reveals it will come in no less than four trims with 2 GB of RAM and 32 GB of Storage, 3 GB with 32 GB, 3 GB with 64 GB. There is also a higher variant with 4 GB of RAM and 128 GB of Internal Storage. We can expect an extremely low price for the starting variants and a higher one for the top offering. In my humble opinion, the 3 GB with 64 GB version should be enough. After all, the Helio G25 isn’t the best in performance, so perhaps there is not much you can do with the extra hardware. 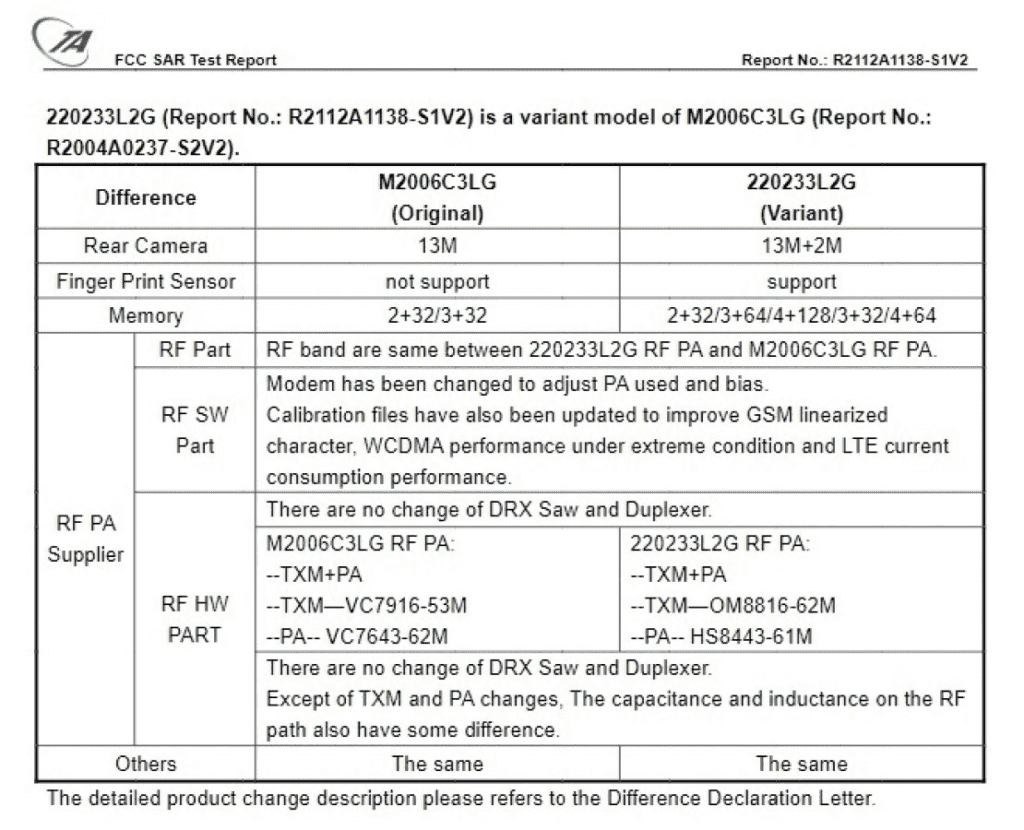 Obviously, the Redmi 10A will run with MIUI 12.5 software on top. Unlike the Redmi Note 11 series, the MIUI 13 update shouldn’t be ready. The handset will also come with a 13 MP main camera, and a 2 MP auxiliary snapper. It will also bring a fingerprint scanner and will have LTE connectivity. Unfortunately, Wi-Fi will only operate at the 2.4 GHz frequency. It’s a shame to see that 2022 smartphones are still coming with this limitation.