According to recent reports, Europe’s first quantum computer with more than 5,000 qubits was launched at the Forschungszentrum Jülich in Germany. The center says this is an important milestone in the development of quantum computers in Europe. The super quantum computer, made by D-Wave, a Canadian provider of quantum computing systems, is the company’s most computationally powerful machine to date. Furthermore, this product is being deployed outside the company’s headquarters for the first time.

With this super quantum computer and the remote cloud access D-Wave quantum system established at the Jülich Research Center, the center is able to participate in the practical application of quantum computing at an early stage. Quantum computers promise to revolutionize drug development, cybersecurity, and financial modeling. They will also optimize weather forecasting, and many other fields, that classical computers cannot handle. 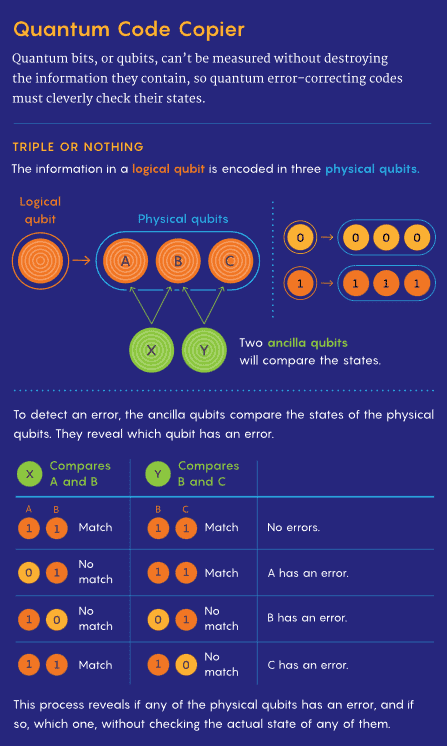 The complexity of quantum mechanics: how future quantum computers will correct errors

A year later, Peter Shor responded “The classic error correction scheme corrects errors by measuring individual bits. However, this approach does not work for quantum bits (qubits). This is because any measurement would corrupt the quantum state and thus interfere with quantum computation”. Shor found a way to detect if something went wrong without measuring the state of the qubits themselves. This approach marked the beginning of the field of quantum error correction.

In quantum computing, the development of an error-correcting code but implementing it in a working machine is another. However, in early October 2021, a research team led by University of Maryland physicist, Chris Monroe recorded some success. They reported that they had successfully demonstrated multiple elements necessary for Shor’s error correction loop to function.

Next Realme 9 Pro + will monitor the health of the user