The Realme 9 Pro+ 5G smartphone will be available in two storage configurations in India. The base variant will offer 6GB of RAM, coupled with 128GB of onboard storage capacity, according to a report by RMLeaks. Furthermore, the model will retail for INR 20,999. Aside from that, the 9 Pro+ will launch in an 8GB RAM+128GB storage variant. Regrettably, pricing details about this variant are still scarce. According to RMLeaks, Realme 9 Pro smartphone’s price in India will be INR 16,999 for the base model that comes with 4GB of RAM and 128GB of buit-in storage. Also, both phones will be available in Sunrise Blue, Aurora Green, and Midnight Black color options.

First off, the Realme 9 Pro+ will feature a 6.43-inch AMOLED display that offers Full HD+ (1080 x 2400 pixels) resolution and 90Hz refresh rate. Moreover, the display will have a hole punch cutout for the front shooter. It will also house an in-display fingerprint scanner. The rear panel houses three cameras that reportedly include a 50MP main camera with OIS support. Aside from that, the rear camera setup will include an 8MP ultrawide camera, and a 2MP macro lens. Furthermore, the phone will pack a MediaTek Dimensity 920 SoC under the hood. 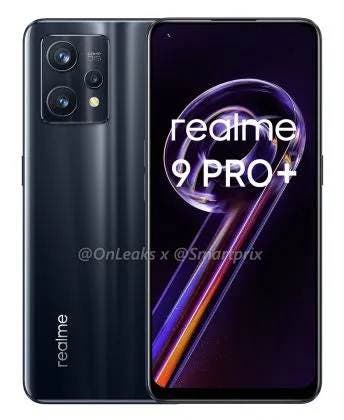 Moreover, some reports suggest that the phone will draw its juices from a 4500mAh battery that supports 50W or 65W fast charging. The device will boot Android 12 OS with a layer of Realme UI 3.0 on top. Likewise, the Realme 9 Pro could house a 64MP main camera, and sport a larger 6.6-inch AMOLED display that delivers a 120Hz refresh rate. Aside from that, the phone could offer 33W fast charging support. The phone will reportedly feature the Snapdragon 695 SoC. Last month, Realme India CEO Madhav Sheth confirmed that both the Realme 9 Pro, Realme 9 Pro+ will adopt 5G technology.

Next Europe's first quantum computer with over 5,000 qubits launched