After speculation and teasers, Realme has officially introduced the Realme 9 Pro+ Free Fire Edition in Europe. The original device was released in February this year, and now is getting a new makeover for the European market. The device is already available in Thailand but probably will not reach India. It shouldn’t be a massive surprise, after all, the Indian government has banned Free Fire. It would not make much sense for Realme to launch this edition in India. In fact, it could even turn into a problem. Anyway, let’s move on and see what this special edition has in tow. 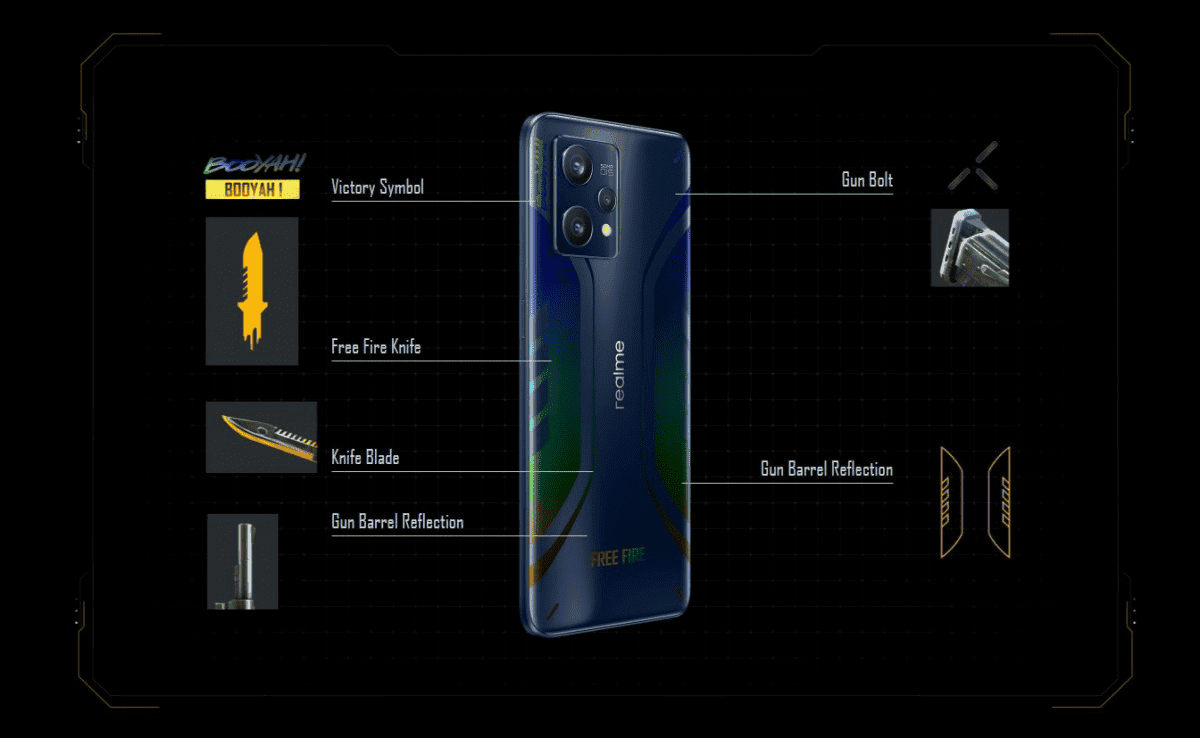 To those unaware, Garena Free Fire stands as one of the world’s most popular Android gamers. It’s also one of the most popular mobile battle royales and one of the hardware-friendly games. After all, you don’t need to have a much more powerful device to run this game. In Realme 9 Pro+’s case, there is more than enough hardware. Realme has teamed up with the game developers to promote both the game and the product. The device comes with a new paint job that follows Free Fire aesthetics. Furthermore, there are some extra goodies included in the package. 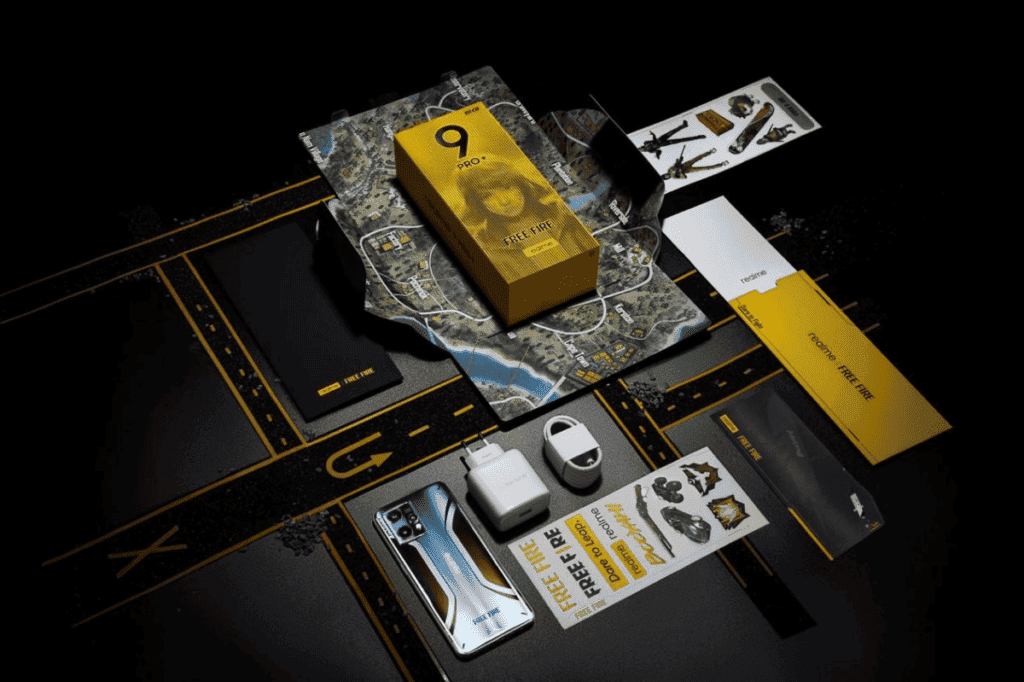 Inside the phone’s package, there is a Free Fire map of the universe as well as some stickers. The phone’s retail box has been revamped with Kelly’s image engraved on it. Interestingly, those who enjoy these collaborations will see them coming more frequently. Realme hints that more collaborations like this are coming. However, the next time, we’ll see the Realme GT Neo3 series getting a special variant. The Realme GT Neo 3 has just been released in China and will hit the Indian market on April 29. The device will likely hit the global markets thereafter, and we expect a special edition to join.

Getting back to the point, the Realme 9 Pro+ Free Fire Edition costs €419. It’s not really cheap, but the Realme 9 Pro+ basically stands as a premium mid-range smartphone. The device has an AMOLED screen with a 6.4-inch diagonal with Full HD+ resolution and a 90 Hz refresh rate. Under the hood, the phone has the MediaTek Dimensity 920 SoC. The device has up to 8 GB of RAM and 256 GB of Internal Storage. There is a triple-camera setup with a primary 50 MP camera with OIS, an 8 MP ultrawide shooter, and a 2 MP macro snapper. The phone runs Android 12 with Realme UI 3.0 and has a 4,500 mAh battery with 60W fast-charging.

Next New PlayStation Plus tiers will offer easy upgrades to subscribers