After rumors and teasers, the Realme 9 Pro Plus Free Fire Limited Edition is finally here for customers in Thailand. The new edition that pays a tribute to loyal fans of Garena Free Fire, is finally here if you want a unique style that reflects your favorite battle royale. The game boasts a distinct design when compared to the other colorways, but the hardware is still the same as the regular versions. The phone also tries to create a special appeal to gamers and comes with a special Free Fire-themed retail package. So, you’ll want to keep the box safe for the time being. 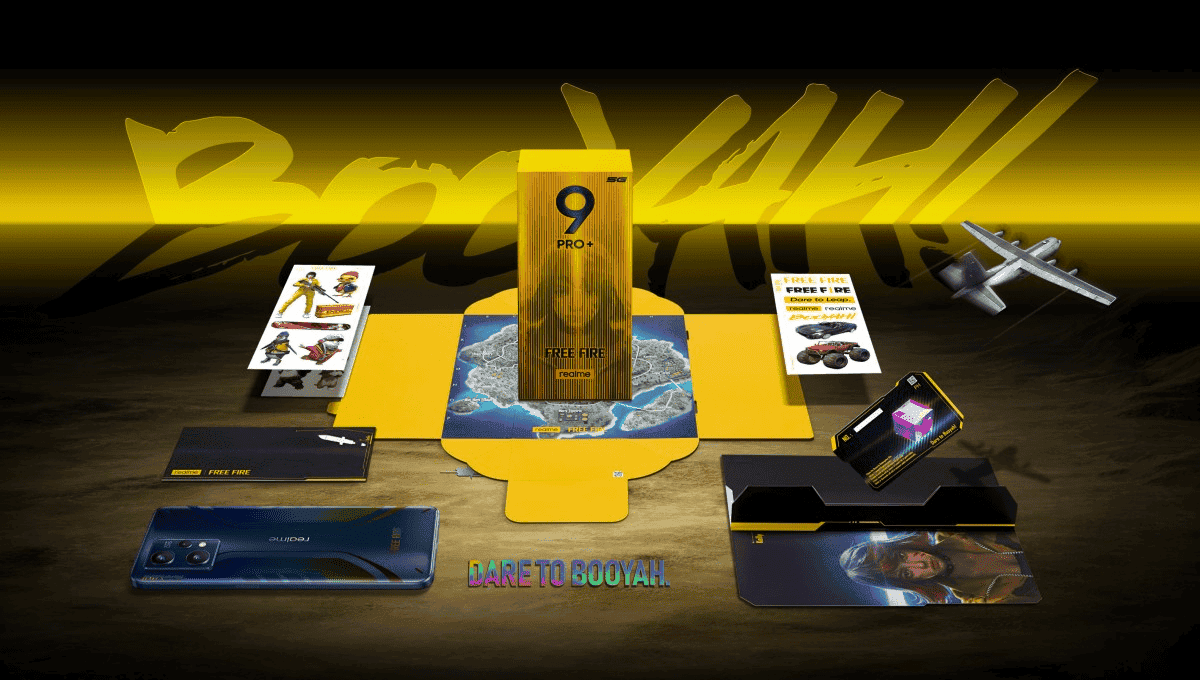 Apart from all the fancy “Free Fire” features, the phone, as aforementioned, has the same hardware as any other Realme 9 Pro+. The new variant costs BHT 11,999 in Thailand, which is around $357, and comes with 8 GB of RAM and 128 GB of Internal Storage. If you have been expecting extra RAM and double storage, it’s underwhelming. But if that is enough for you, then you’re good to go with this special Free Fire Edition.

Under the hood, the Realme 9 Pro+ is more appealing than the non-Plus variant. It brings the MediaTek Dimensity 920 SoC that has a 6 nm architecture and ARM Cortex-A78 cores. While the Snapdragon 695 5G brings similar specs, it falls behind the Dimensity 920 in the GPU department. Besides the brute force, the Realme 9 Pro Plus also brings a decent camera setup – one that we don’t often see on mid-range phones. It packs a 50 MP main camera with Optical Image Stabilization! There is also an 8 MP ultrawide shooter, and a 2 MP macro snapper. For selfies and video calls, there is a 16 MP snapper inside of the usually-placed top-left punch-hole.

The phone draws its powers from a 4,500 mAh battery with 60 W fast charging. It also runs Android 12 straight out of the box with Realme UI 3.0 running on top. Unfortunately, it’s unclear if this special Realme 9 Pro+ Free Fire Edition will make way to other markets.

Previous What are Elon Musk real reasons for investing on Twitter?