In collaboration with noted leaker Mukul Sharma, MySmartPrice has revealed that Realme is gearing up for an imminent launch of a new smartwatch under its Realme Watch S series. Furthermore, Sharma claims that the watch will launch with the Realme Watch S100 moniker in the country. According to the leaker, the Realme Watch S100 India launch is set for February 2022. Moreover, the upcoming smartwatch will be available in two color options including Black and Grey. Also, given that it is an S-series smartwatch, the Watch S100 is likely to sport a circular dial. 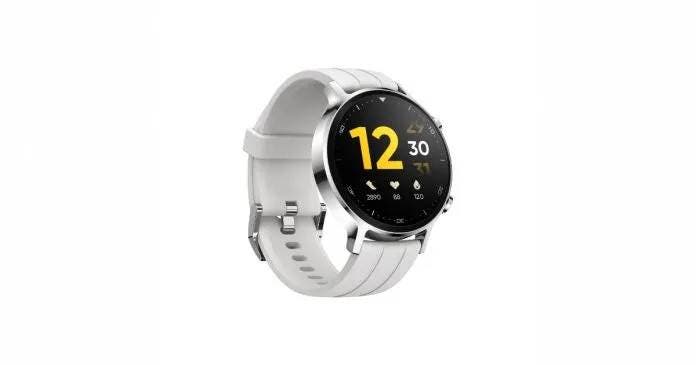 Aside from that, Realme is reportedly prepping to unveil the Realme Air Buds 3 later this month. Moreover, the tech company will be taking the wraps off its Realme 9 series on February 9. In other words, Realme could debut the Watch S200 smartwatch in India, alongside the Realme 9 series and the Buds Air 3. Regrettably, details about the price tag the upcoming wearable will be carrying are still scarce. Likewise, the Realme Watch S100 smartwatch’s specifications are still a mystery.

As mentioned, the Watch T1 has already passed through the BIS certification website ahead of its launch in India. The watch carries model number RMW2103. Upfront, the Watch T1 features a 1.3-inch, circular AMOLED display that offers 416×416 pixels resolution. In addition to that, the display delivers a pixel density of 325ppi and a refresh rate of 50Hz.

Also, it will ship with 4GB of onboard storage and a slew of other useful features. For instance, the Watch T1 supports SpO2 and heart rate monitoring. Furthermore, the Watch T1 carries a 5ATM rating, making it water-resistant up to 5 meters. Also, a 228mAh battery powers up the entire system. The cell lasts up to 7 days even on a single charge. According to Realme, the watch takes only 35 minutes for a 90 percent charge.