On Wednesday, February 2, Realme VP, Madhav Sheth gave Realme fans a glimpse of color variants of the upcoming lineup. Aside from that, 91mobiles spotted the smartphone in the hands of the popular Indian cricketer, KL Rahul. Sheth has already confirmed that the Realme 9 Pro series will be available in Glittery Red and Sunrise Blue color options. Now, the company is further creating more excitement ahead of the series’ launch by revealing its design. Taking to Twitter, Realme India shared a video, revealing the phone’s design.

The Light Shift Design of the #realme9ProSeries is inspired by the transition of the sky from dusk to dawn. A seamless shift from blue to red!
Drop a💙in the replies if you love it!#CaptureTheLight pic.twitter.com/XnBsgfMbmi

Aside from that, the video confirms that the phone will adopt color-shifting technology. If the teaser video is anything to go by, the Realme 9 Pro series will come with a glossy back. Furthermore, this rear panel will house three cameras. The rectangular camera island will sport a different finish than the rest of the rear panel. Moreover, the video shows the colors of the phones changing from blue to red, indicating that the 9 Pro series will come with a color-changing back. To recall, the Vivo V23 Pro adopts a similar color technology. However, Realme has dubbed this feature as Light Shift Design.

Upfront, the Realme 9 Pro series is likely to sport a 6.59-inch AMOLED display that offers Full HD+ resolution and a high refresh rate. The Realme 9 Pro+ has been confirmed to pack an octa-core MediaTek Dimensity 920 processor along with a Mali G68 GPU. Earlier this month, a report revealed the Realme 9 Pro+ smartphone’s price in India as INR 16,999 for the base 4GB RAM+128GB storage model. The Realme 9 Pro, on the other hand, could use an octa-core Qualcomm Snapdragon 695 processor, paired with an Adreno 619 GPU. 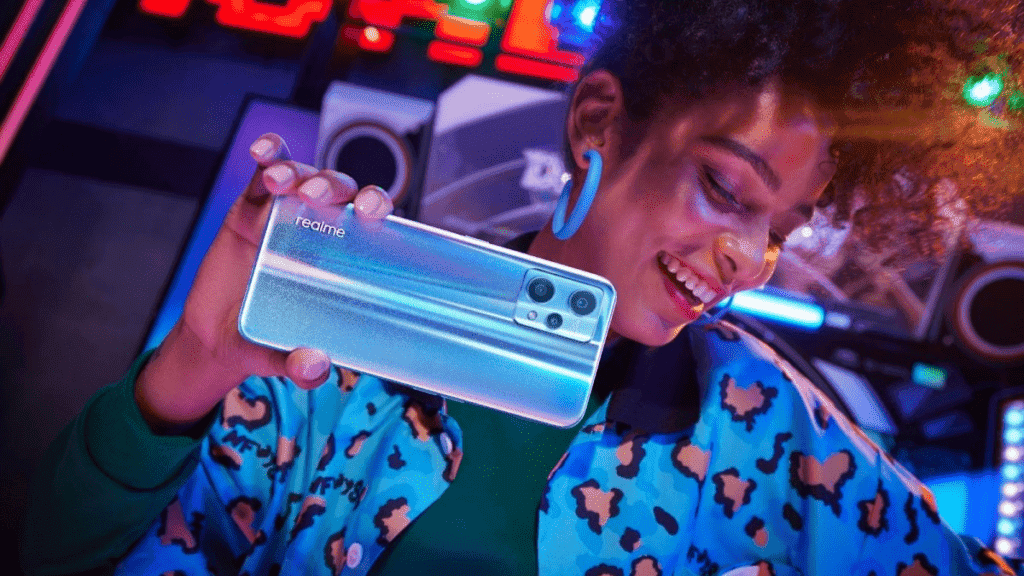