After speculation and teasers, Apple has officially unveiled its new Tap to Pay feature for the iPhone. The feature will reach devices later this year. The company will allow the business to use their iPhones to “seamlessly and securely” accept Apple Pay payments with a simple tap. The feature will also work for contactless credit cards and debit cards, as well as other digital wallets.

Apple is teaming up with third-party companies to make the platform available to app developers and other payment platforms. Apple states that Stripe will be the first payment platform to offer Pay on iPhone this spring. It will come via an update to the Shopify Point of Sale application.

Worth noting that this won’t be a native iOS feature. Instead, Apple is opening the NFC chip up in the iPhone to third-party payment platforms to create applications that enable the so-called Tap to Pay Technology. 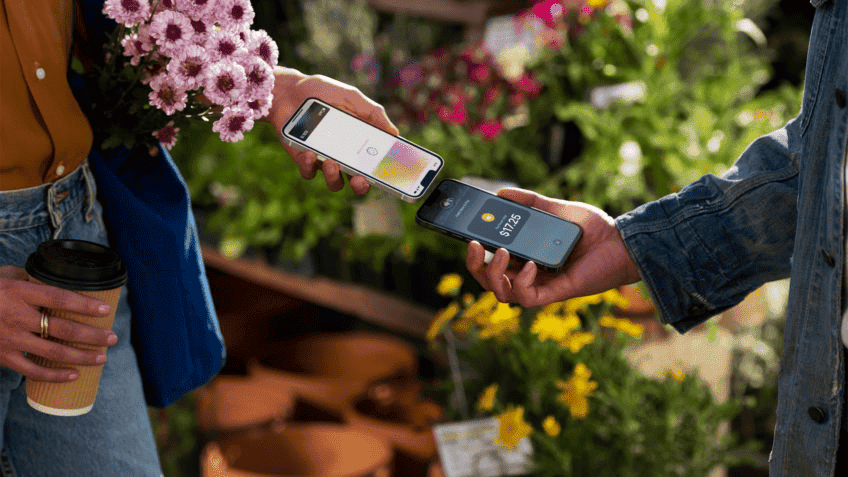 Apple’s press release is as follows:

Obviously, Apple will be disclosing this feature in its homeland. The new feature arrives later in 2022. It will allow merchants to accept contactless payments through a supporting iOS app on an iPhone XS or later. This feature has a huge potential since it could even deprecate the scene of payment terminals.

The feature works by the merchant prompting the customer to hold their iPhone or Apple Watch to pay with Apple Pay. Their contactless credit or debit card, or another digital wallet near the merchant’s iPhone. The payment will be securely complete through the NFC technology.

Apple Pay Vice-President made the following statement about the newly disclosed Tap to Pay feature:

“As more and more consumers are tapping to pay with digital wallets and credit cards, Tap to Pay on iPhone will provide businesses with a secure, private, and easy way to accept contactless payments and unlock new checkout experiences using the power, security, and convenience of iPhone,” said Jennifer Bailey, Apple’s vice president of Apple Pay and Apple Wallet. “In collaboration with payment platforms, app developers, and payment networks, we’re making it easier than ever for businesses of all sizes – from solopreneurs to large retailers – to seamlessly accept contactless payments and continue to grow their business.”

The Cupertino giant promises to work along with leading payment platforms and app developers across the payments and commerce industry to offer Tap to Pay on iPhone to millions of merchants in the United States. As usual, the company will consolidate this technology in the United States before bringing it to the West.

Next Nubia Z40 passes by Geekbench with Snapdragon 8 Gen 1