Xiaomi has introduced the POCO M4 Pro 5G way back in November last year. The device reached global markets, but India has been left out of the party. Now, POCO India is gearing up to “fix” this bringing the handset later this month to Xiaomi’s second stronghold in Asia. Apparently, the POCO M4 Pro series is about to get bigger with the inclusion of a new 4G variant. While the focus of the market is shifting to 5G slowly, there is still space for 4G. There are many countries where the fifth-gen networks are not available, so the cheaper value of 4G-only phones is a determining factor for certain customers. The so-called POCO M4 Pro 4G has been spotted in the Geekbench benchmark.

A mysterious phone with the model number Xiaomi 2201117PG has been spotted on the Geekbench benchmark. The handset runs with MediaTek Helio G96 SoC and has 6 GB of RAM. To those unaware, the Helio G96 is a refresh for the G95 launched in 2020. This chipset brings support for high refresh rates and also more capable cameras. Despite this, it’s the same chip based on the old 12 nm fabrication process with two ARM Cortex-A76 cores. 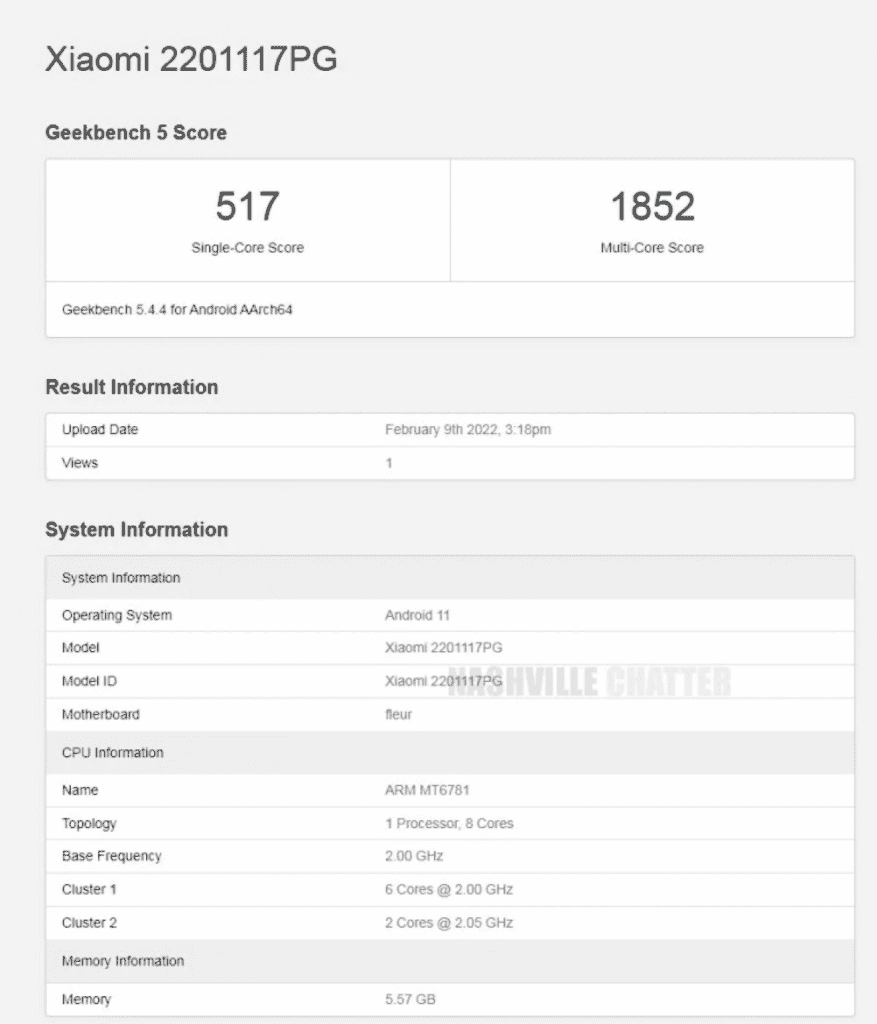 As the report states, the POCO M4 Pro 5G will be identical to the Redmi Note 11S with another name on the back. This makes us think if this variant will reach the Indian market. After all, the Redmi Note 11S was unveiled in India earlier this week. Would be pointless, to launch a device with specs that are so similar. Anyway, we can’t discard this possibility. Maybe, POCO will downgrade the 108 MP camera to something more affordable. The device will also have a distinct design with a big black box at the rear.

Taking the Redmi Note 11S as an example, then the POCO M4 Pro will pack four cameras, which is more than the 5G variant currently offers. The device may also get a smaller AMOLED display with at least a 90 Hz refresh rate. The battery will have a 5,000 mAh capacity with up to 33 W fast charging.