Apple is a very large company that works with multiple technologies. Thus, it is not surprising that the company has to cope with multiple litigations annually. The latest court case that it will have to deal with is the one from SpaceTime3D. The company claims that app multitasking and Safari tabs on the iPhone, iPad, and Apple Watch infringe on one of its 3D user interface patents. According to reports, SpaceTime3D is a software company that “provides consumers with a seamless digital experience”. 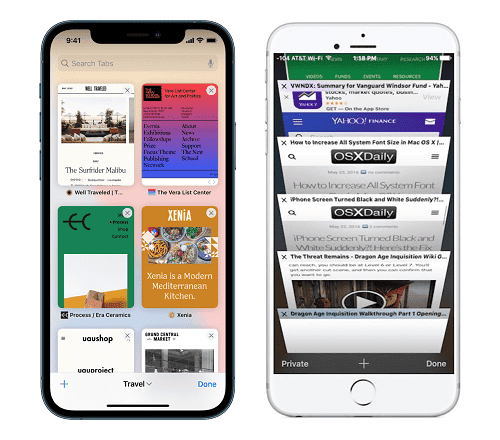 The company filed its complaint in the U.S. District Court for the Western District of Texas on Thursday over three contested patents asserted by the company, one of which was first filed in 2007. The lawsuit alleges that Apple’s App Switcher and Safari Tab View features infringe the patents. This is because they cover a way to improve the user experience on small devices by displaying content in three dimensions. These features make it easy for users to view multiple tabs or open apps and switch between devices such as the iPad or Apple Watch.

The Cupertino company discovered the technology through news reports. SpaceTime3D founder Ezra Bakhash demonstrated the technology to an unnamed Apple executive. However, somehow, the information was forwarded to Apple internals. The company admits that SpaceTime3D technology is stunning. It further claims that the platform is “a huge time saver”.

A lawsuit against Apple for iPad jelly screen

Christopher Bryan, a resident of Colorado, USA, recently went to court, accusing Apple of illegal practices. He is accusing Apple of deceiving users with its marketing strategy. According to the lawsuit, Apple is aware that the iPad mini 6 “jelly screen” issues, however, the company did not inform the market and still sells the product. However, an Apple spokesperson claims that the jelly screen is “a normal phenomenon for LCD screens”.

For those who do not know about the jelly screen, it is an inconsistent display of smartphone screens. Sometimes, when scrolling a display, the left and right sides do not move concomitantly. This distortion in the display as its scrolls is what users refer to as “jelly screen”.