The Oppo Reno7 Z 5G smartphone has passed through the FCC certification website, hinting at its imminent launch. It looks like Oppo is on the verge of unveiling a new smartphone under its Reno7 series. Moreover, the phone will reportedly carry the Oppo Reno7 Z 5G moniker. The phone has already been spotted on multiple certification websites including TUV Rheinland and NBTC. Aside from that, the phone was spotted on the Geekbench benchmarking website last week.

As mentioned, the Oppo Reno7 Z 5G phone has bagged the FCC certification carrying the CPH2343 model number. Moreover, the FCC listing suggests that the new Oppo Reno7 series phone will be drawing its juices from a 4,500mAh battery unit. Furthermore, it shows that the phone’s dimensions are 159.85 × 73.19 × 7.49mm and it weighs 173grams. The certification listing also confirms the presence of ColorOS 12.0.1, which will be preloaded on the phone. Regrettably, the listing does not reveal any other details about the upcoming Reno7 Z.

The FCC listing did not reveal a lot of details about the Reno7 Z smartphone. However, the phone was spotted on the Geekbench benchmark website not too long ago with some key specifications. Furthermore, the benchmark listing shows that the Reno7 Z will pack an octa-core Qualcomm Snapdragon 480+ 5G processor under the hood. Also, the listing suggests that the processor will use the 8nm fabrication process and come with an integrated Adreno 619 GPU. Aside from that, the chip includes an integrated X51 modem that supports 5G connectivity. 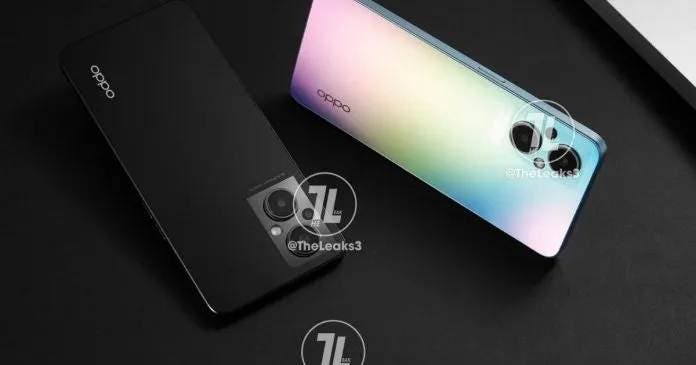 Furthermore, the listing reveals that the phone will run Android 11 OS out of the box. Also, the phone’s appearance on the TUV Rheinland certification site confirmed that it will offer 33W fast charging support. Earlier this month, the Oppo Reno 7Z official design images popped up online, revealing the upcoming handset’s awe-inspiring outward appearance. In the images, the phone appeared to adopt a sleek design with a minimal rear panel. Moreover, the renders show that the Reno 7Z looks like the Oppo A96. However, the A96 has two rear-mounted cameras, while the Reno7 Z showcases a triple rear camera setup.

Next How to get a PlayStation 5 for FREE - See eligible regions!