A few months ago, Chinese smartphone maker Oppo unveiled its Oppo A95 handset and now, a couple of months later, it seems that the company is ready to launch its successor, with the handset maker seemingly working on the Oppo A96.

It is worth noting that as of the time of writing this article, there is no information in regards to the launch date of this new Oppo device, but, while we wait for that, there has been a leak revealing the design of the device.

Tipster Evan Blass, notably known as EvLeaks has taken to Twitter to upload the design images of the Oppo A96, revealing the rear panel and colour variants of the device. The display features are also out in the open now.

Oppo A96 5G Images Leaked Ahead of Upcoming Launch

The Oppo A96 5G will likely be the next 5G enabled handset under Oppo’s A-series of devices, with the images via EvLeaks revealing that the device will have flat edges on the side. The device will feature a rectangular camera housing to the rear, with a dual-camera setup and an LED flash within.

Towards the front, there will be a flat display with relatively thin bezels surrounding it. The chin bezel is going to be thick. To the left corner of the display, there is going to be a hole-punch style notch. We do not know the display size yet, but going by Oppo’s current history, it might as well be a 6.4 or 6.5-inch display.

The left edge of the device will sport the SIM tray and volume rockers, with the right side featuring the power button. According to the leaked images, the A96 5G will be on offer in three hues, namely Pink, Black and Blue. The tipster has not yet revealed the specifications of the upcoming handset, with no rumours in regards to the device as well.

What Else is the Smartphone Giant Working on? 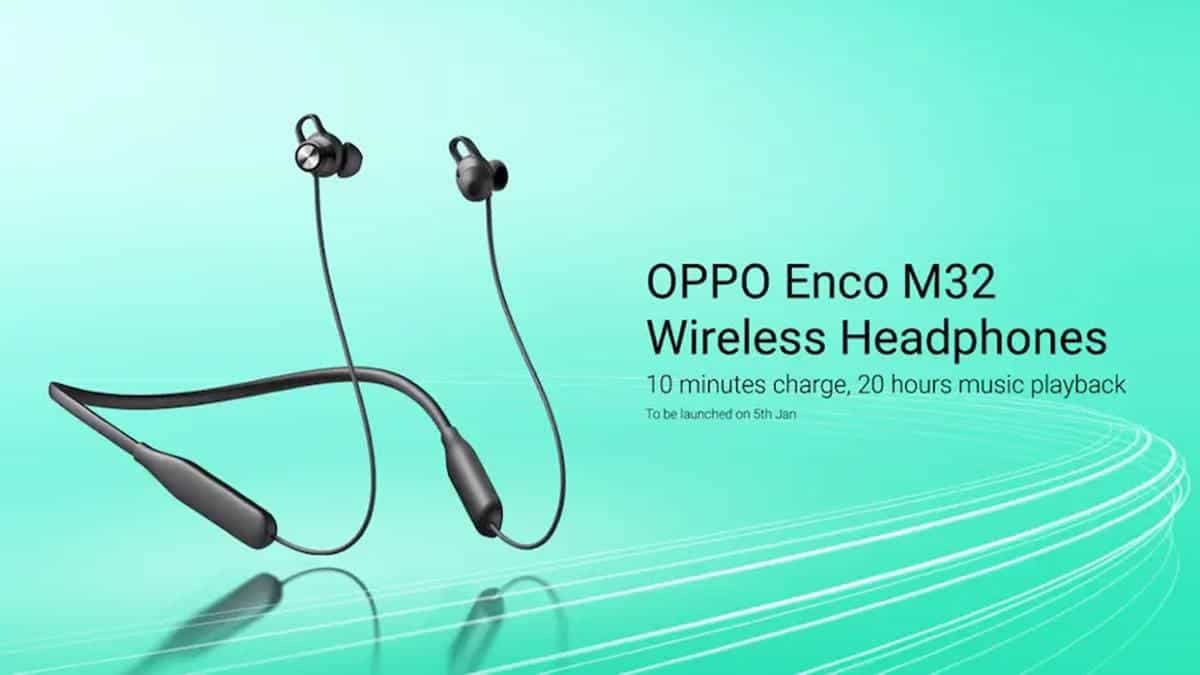 In other Oppo news, an Oppo Enco M32 teaser image on the Amazon app has divulged the price even before the Bluetooth earphones go official. Aside from that, it reveals that the earphones will offer fast charging support.

The battery will last up to 20 hours after 10 minutes of charging. The Enco M32 seems to draw inspiration from its precursor in terms of design. However, they seem to come with ear tips that assure a more comfortable fit. The company dubs this as an ear-fin design.

Next AnTuTu: Top 10 most powerful mid-range smartphones at the end of 2021