Samsung officially released an announcement to respond to this earlier today. The company claims that the display components on both devices support a 48-120Hz variable refresh rate. However, it uses a proprietary technology that reduces the AP-to-display data transfer rate down to 10Hz. This also reduces the power consumption of the smartphone.

The 10-120Hz variable refresh rate support originally on the spec sheet refers to this proprietary technology. However, the display on the Galaxy S22 and Galaxy S22+ didn’t actually drop to 10Hz. Thus, the specs were later officially updated to match the more widely recognized industry standard.

The Samsung Galaxy S22 series will go on sale globally on February 25. According to the official explanation, the hardware only supports 48-120Hz. Users who are willing to buy should pay attention to this. The Galaxy S22 Ultra comes with a 1-120Hz LTPO 2K screen, and the parameters of the machine have not shrunk. 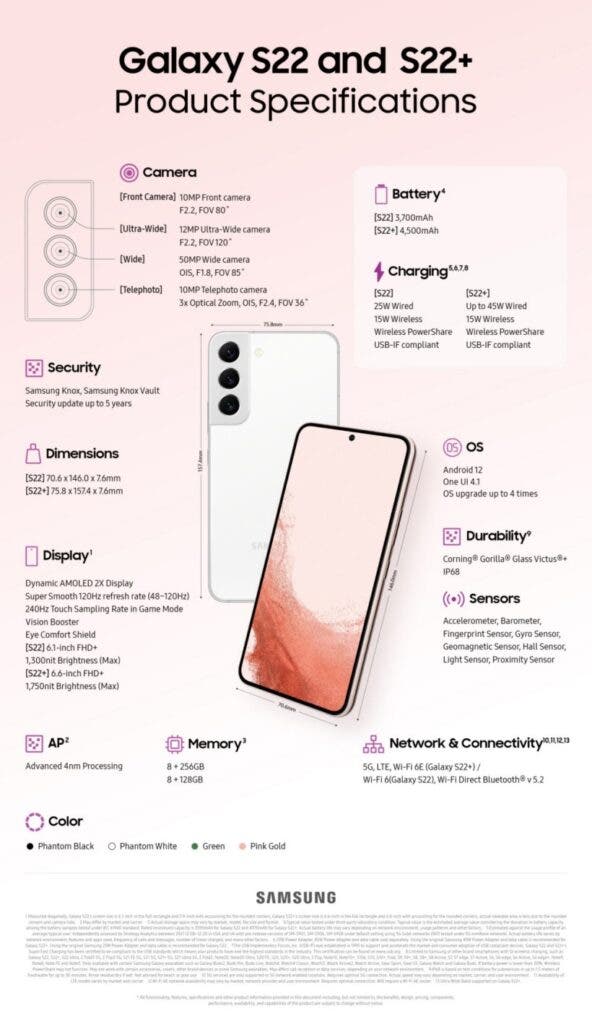 Next MediaTek Dimensity 8100 to be unveiled in March