Oppo has just confirmed the Find X5 series launch event. The company will disclose its next big thing for the flagship segment on February 24. So this short month will end with a lot of styles. The Find X5 series will be the first to disclose MediaTek’s new flagship SoC – Dimensity 9000 – but there are also variants with Qualcomm’s Snapdragon 8 Gen 1. The brand is expected to launch at least two devices – Oppo Find X5 and Find X5 Pro.

These devices have been leaking a lot recently, and the company itself has teased some tidbits about them. For instance, they will bring cameras made in collaboration with Hasselblad. Moreover, they will debut the company’s MariSilicon X NPU. Now, we got some additional details about these devices’ specifications.

Previous leaks have been suggesting the Oppo Find X5 with the Dimensity 9000 and the Oppo Find X5 Pro with Snapdragon 8 Gen 1. However, a new leak suggests that the Pro variant will come in two variants, each one with a different chipset. This would be an unprecedented move. We didn’t this happening frequently, except for Samsung Galaxy flagships that come in Snapdragon and Exynos variants depending on the region. The same happened with the Huawei P50 series last year that was launched in variants with Kirin 9000 and Snapdragon 888 4G.

We don’t know if Oppo will use a regional pattern, but the leaks suggest one of the Pro variants has the Snapdragon 8 Gen 1 and MariSilicon X combo. The other variant will pack the Dimensity 9000 SoC. As we mentioned before, Oppo will be the first company to bring a device with the Dimensity 9000 SoC. If it comes to international markets, then it will be the world’s first worldwide available smartphone with such a platform. 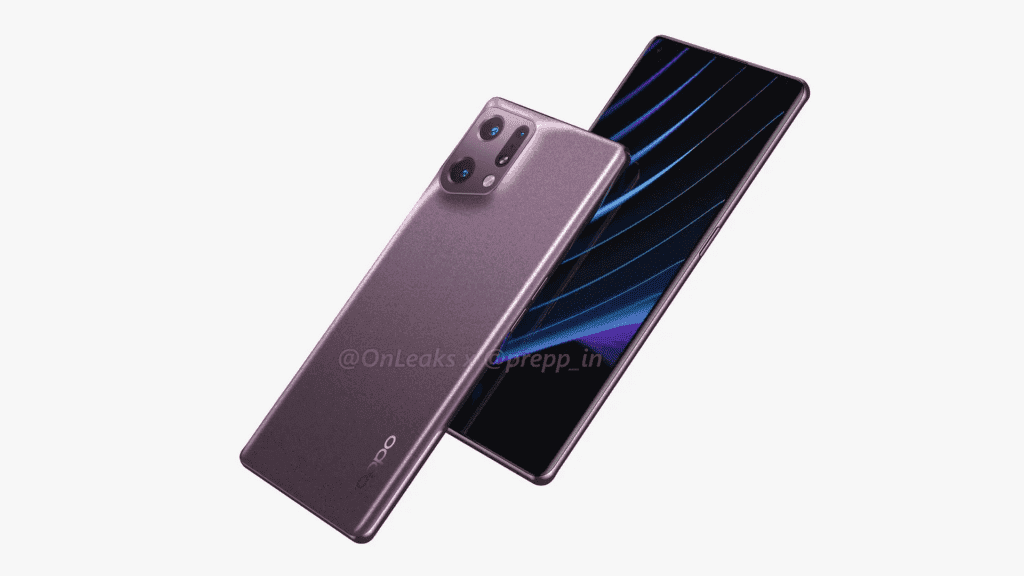 In fact, both devices may bring the NPU and a triple-camera setup led by a 50 MP Sony IMX766 snapper. There will be another 50 MP ultrawide snapper and a 13 MP telephoto camera. However, the Snapdragon 8 Gen 1 variant will get a 1G + 6P lens setup, whereas the Dimensity 9000 version will have a 7P lens. The handset will draw its powers from a 5,000 mAh battery with 80W SuperVOOC charging, 50W wireless charging.  The Snapdragon 8 Gen 1 variant will come with up to 12 GB of RAM and 512 GB of Internal Storage, whereas the Dimensity 9000 SoC will have 12 GB + 256 GB internal storage.

Both devices will pack a 6.7-inch AMOLED screen with Quad HD+ resolution. The screen on the Snapdragon version will have an LTPO 2.0 panel allowing a 1 Hz to 120 Hz dynamic refresh rate. The MediaTek version, however, will bring an LTPO 1.0 panel. The selfie snapper should be the same 32 MP Sony IMX709 for both variants. They will also have an IP68 rating for water and dust resistance. The two variants will come with 8.5 mm thickness and 216 grams of total weight.

Unlike previous claims suggesting the Oppo Find X5 with the Dimensity 9000, it seems that this variant will bring a Snapdragon 888 SoC. It will also bring the NPU and a triple-camera setup with a 50 MP Sony IMX766 main camera. The device will draw its powers from a 4,800 mAh battery with 80W fast-charging support and 30W wireless charging.

The Find X5 will be smaller with a 6.55-inch AMOLED display with Full HD+ resolution and 120 Hz refresh rate. This one will have IP54 water and dust resistance.

Previous Google search engine homepage will be filled with widgets

Next Moto G22 specs and renders have been revealed