Samsung will officially start selling the Galaxy S22 series flagships globally on February 25. However, some users received the Samsung Galaxy S22 on February 16, 9 days earlier than expected. From the pictures posted by a user who got a unit, we can see that the user not only received the Samsung Galaxy S22 phone, he also got a 25W charger and a Galaxy Buds Pro true wireless Bluetooth headset. It is worth noting that the 25W charger is an accessory presented by the Bulgarian operator, not standard. Samsung Bulgaria’s official website and its global official website clearly states that the Galaxy S22 does not come with a charger. 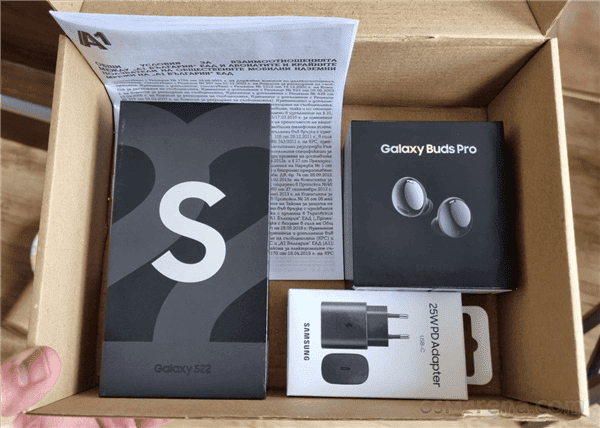 In terms of core configuration, the Galaxy S22 Bulgaria version uses a 6.1-inch center hole-drilling screen. It uses an Exynos 2200 processor (the US and Chinese versions use a Snapdragon 8 Gen 1). On the front, this smartphone comes with a 10MP camera. On the rear, it comes with a triple camera setup. This smartphone uses a 50MP main camera coupled with a 12MP ultra-wide-angle as well as a 10MP telephoto sensor. Under the hood, this device supports a 3700 mAh battery and also comes with IP68 dust and water resistance.

Previous Vivo V23e 5G will launch in India on February 21

Next Tesla: US investigates the company due to unexpected braking on roads