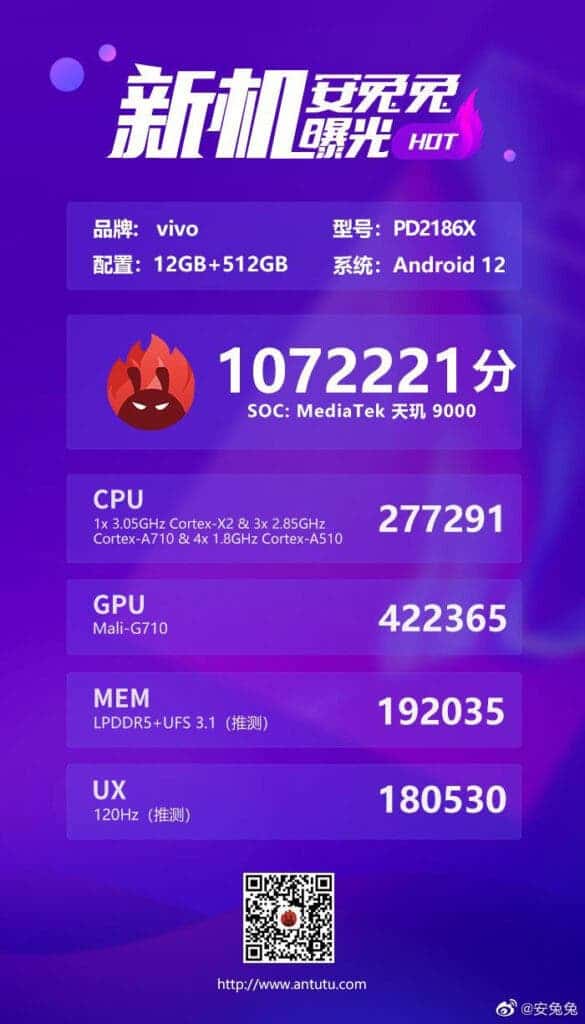 Today, a Vivo model code-named PD2186X appeared in the AnTuTu Dimensity 9000 model list. This smartphone has a running score of over 1.07 million. This score is most likely a laboratory running score. Thus, the actual result may be higher or lower. Furthermore, there are reports that the Vivo model with Dimensity 9000 is the Vivo X80 Pro. This smartphone is the next Vivo device to hit the market.

At present, other information about this new Vivo phone is unclear. Taking into account the performance of the Dimensity 9000, the machine is expected to usher in upgrades in performance and energy efficiency.

Next Apple continues to lead the global smartphone market - StrategyAnalytics