After much anticipation, iQOO is finally bringing its exciting iQOO 9 series to the global markets. As usual, the Vivo subsidiary is introducing its gaming and hardware-focused smartphones in India. There are some differences from the devices unveiled in China. The company repeats the strategy used last year with the iQOO 7 series and brings new smartphones to the lineup. The iQOO 9 Pro is exactly the same smartphone available in China. However, the iQOO 9 stands as a brand new smartphone. Finally, we have the iQOO 9 SE which can be considered a rebadged smartphone.

The iQOO 9 is an all-new smartphone when we compare it to its Chinese counterpart. For instance, the device brings a different chipset, screen, camera, and battery specs. It packs the Qualcomm Snapdragon 888+. To those unaware, this is the overclocked chipset that hadn’t been used by many companies, unlike previous Snapdragon+ iterations. It’s slightly behind the Snapdragon 8 Gen 1 found in the Chinese iQOO 9. The processor is packed with 8 GB of RAM or 12 GB of RAM. In terms of storage, users get 128 GB or 256 GB of UFS 3.1 storage. As usual, iQOO brings its virtual RAM feature. 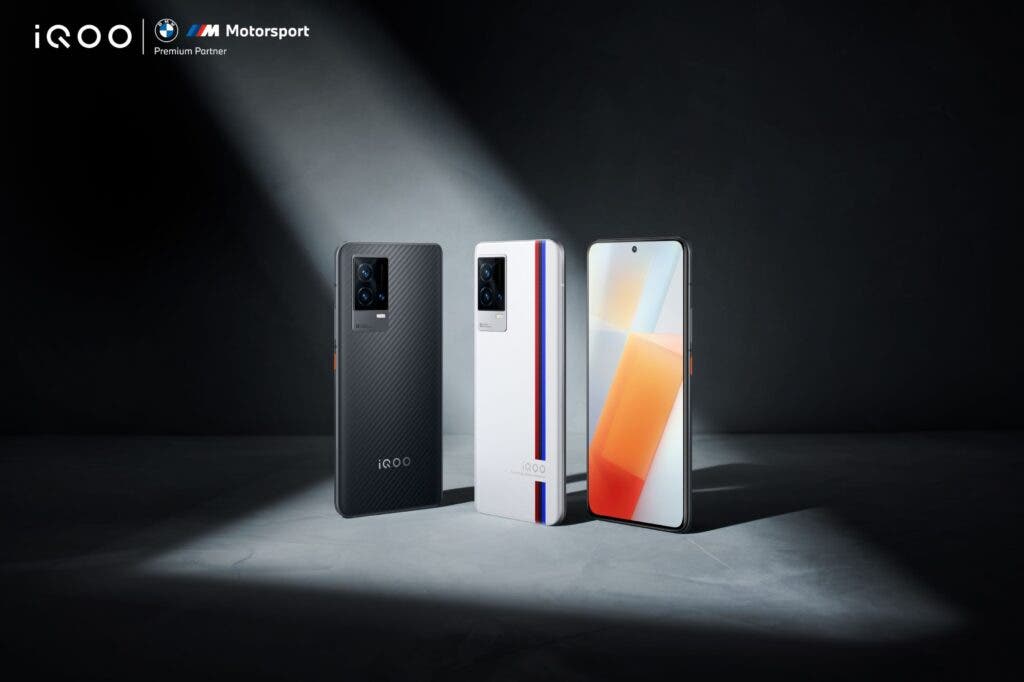 There is a Full Coverage Vapor Chamber Liquid Cooling System. It ensures minor performance throttling reducing the phone’s temperature by around 4°C, the company also claims to reduce as much as 12°C in the chipset during gaming. In terms of software, we have Funtouch OS 12 based on Android 12. That’s a common step for iQOO and Vivo to use Funtouch OS on international releases. The handset will get two major Android upgrades and three years of security updates. 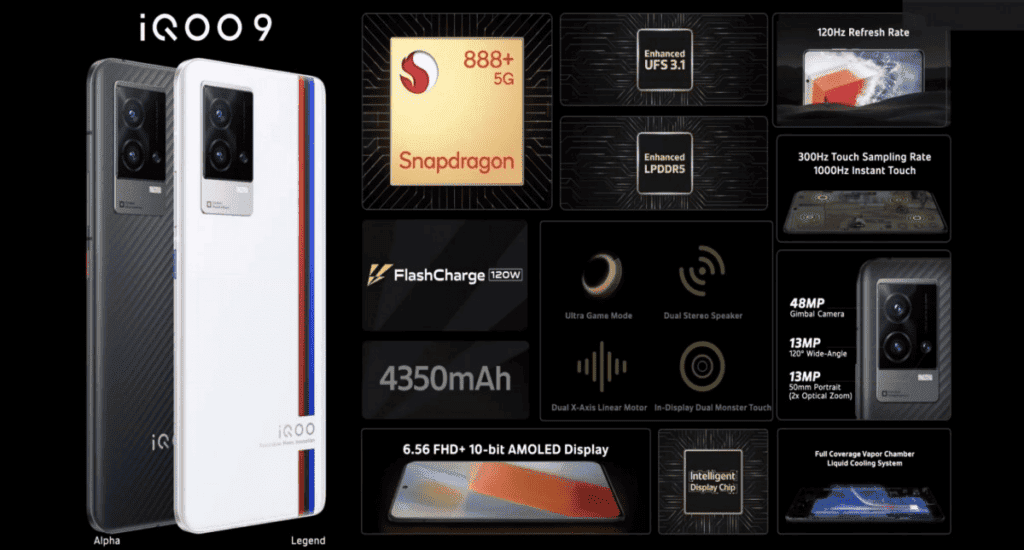 The iQOO 9 flaunts a 6.56-inch AMOLED display with Full HD+ resolution and HDR 10+ certification. The phone comes with Dual Monster Touch Controls. It splits the display in two zones, and there is a pressure-sensitive mechanism. The panel has a 300 Hz touch sampling rate and a 120 Hz refresh rate. To ensure smooth performance on games, iQOO brings its Intelligent Display Chip. It simulates 90 fps while the GPU only renders at 60 fps. This is what we can call “DLSS” on smartphones.

The phone has a smaller battery with a 4,350 mAh capacity, but at least 120W charging is present. No wireless charging in the package, though.

In terms of optics, the iQOO 9 has a 48 MP camera with gimbal stabilization. There is also a 13 MP ultrawide snapper and a 13 MP portrait with 2x optical zoom. The phone offers a 16 MP punch-hole selfie camera.

The company also unveiled the iQOO 9 Pro which is the exact same release in China.

The 9 Pro features a Qualcomm Snapdragon 8 Gen 1 processor with an Intelligent Display Chip, 8 GB or 12 GB of RAM, and up to 256 GB of Internal UFS 3.1 Storage. The handset boasts some liquid cooling engines ensuring the best performance of the SD 8 Gen 1. 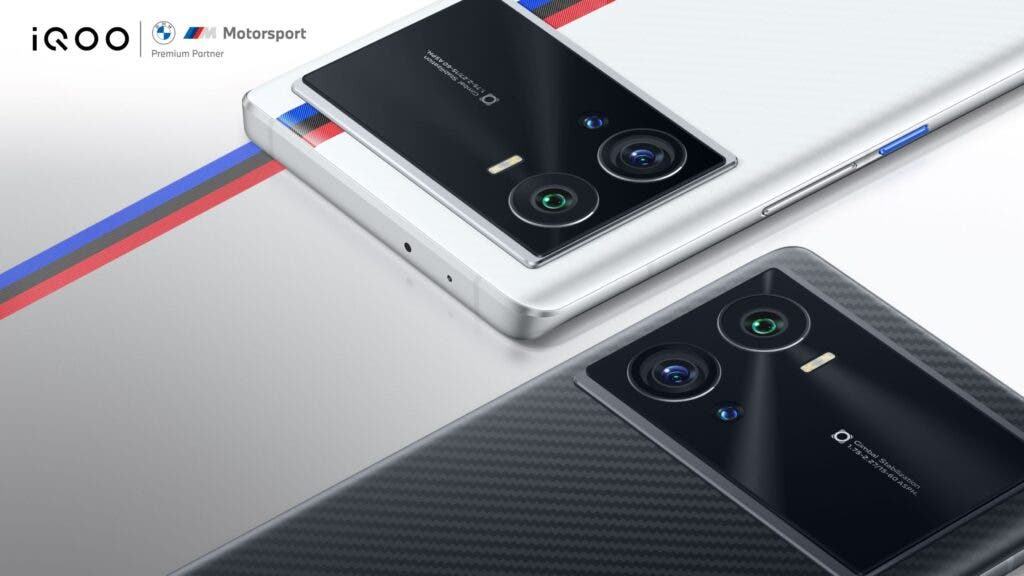 In terms of optics, the iQOO 9 Pro brings the 50 MP camera with a gimbal system, a 50 MP ultrawide snapper, and a 16 MP portrait lens camera with optical zoom.

The handset draws its powers from a 4,700 mAh battery with 120W FlashCharge and 50W Wireless charging.

Other features include a Dual Stereo Speaker, HiFi Audio, Wi-Fi 6, Bluetooth 5.2, and Android 12 with FuntouchOS 12. This variant also is the only one with an ultrasonic in-display fingerprint scanner.

The phone has a 6.62-inch AMOLED panel with Full HD+ resolution. It brings the same Intelligent Display for the 120 Hz refresh rate and the 300 Hz touch sampling rate. Both vanilla and SE have in-display fingerprint scanners. 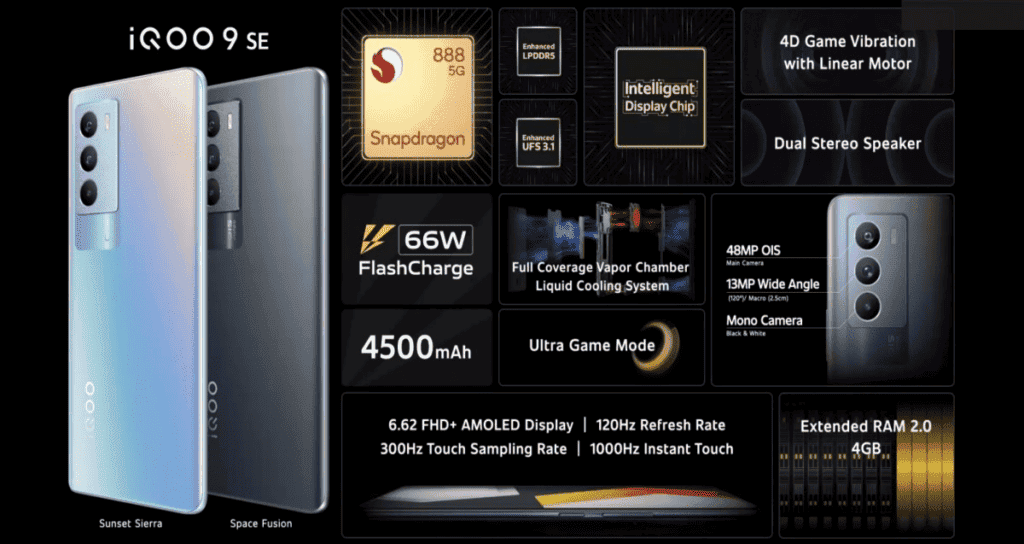 The camera setup is simpler with a 48 MP main camera with regular optical image stabilization. There is also a 13 MP ultrawide camera, and that’s all. For selfies and video calls, there is a regular 16 MP selfie snapper.

The phone runs the same Android 12 OS and draws powers from a 4,500 mAh battery with 66W FlashCharge.

Since one of iQOO’s focuses is gaming, the company is bringing its iQOO GamePad to global markets. It’s fully compatible with the iQOO 9 series and uses Bluetooth. 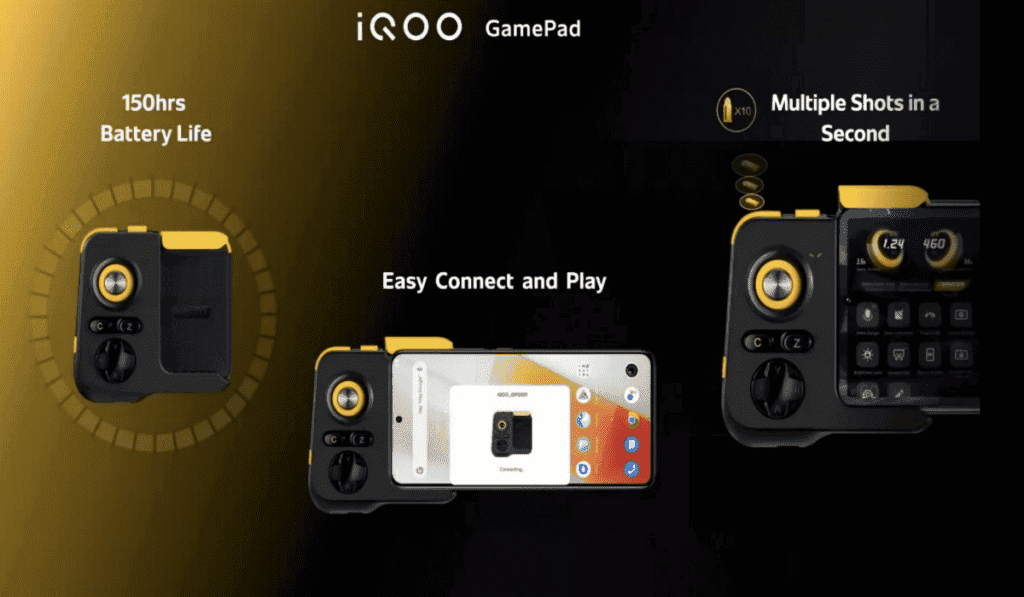 As per iQOO, the GamePad support games like Free Fire, BGMI, and COD Mobile.