ASUS has been acting strangely since the last year. The company unveiled its regular flagship smartphones under the ASUS ZenFone 8 and ZenFone 8 Flip monikers. The first was a compact flagship with punch-hole and Snapdragon 888 SoC. The latter brought the exact same specs as the ZenFone 7 Pro but upgraded the hardware to the Snapdragon 888. ASUS always treated India as one of its key markets. However, the company didn’t release its flagships in India last year. Now, we’re already in 2022, and many companies are bringing Snapdragon 8 Gen 1 smartphones. Still, ASUS believes that it’s the perfect time to release its 2021 flagship in the country. Today, as expected, the company has presented the compact device with the usual Asus 8Z moniker.

The Asus 8Z was unveiled as one of the smallest flagships on the Android side of the coin. While flagships become bigger and bigger, ASUS decided to offer something else for those that want a phone that fits perfectly into the pocket.

The ASUS 8Z flaunts a 5.9-inch Super AMOLED display with a 120 Hz refresh rate, HDR playback, and 1,100 nits of peak brightness. There is also a coating of Corning Gorilla Glass Victus on the front to protect the screen from scratches.

Under the hood, the phone packs the Qualcomm Snapdragon 888 SoC with up to 2.84 GHz clock speed and an Adreno 660 GPU. The phone comes with 8 GB of LPDDR5 RAM and 128 GB of UFS 3.1 storage. That amount of storage may be considered too few for some users. 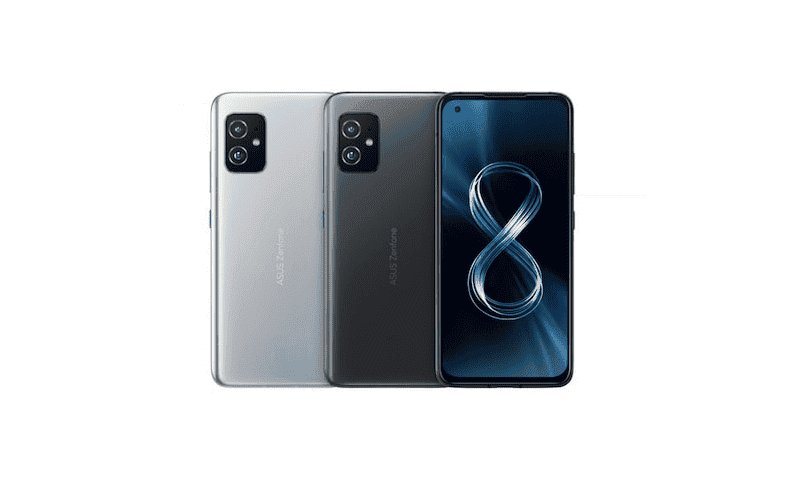 Since it’s compact, the battery isn’t very impressive for 2022 standards. It has only a 4,000 mAh battery and charges via 30W charging. The phone also offers a 3.5 mm headphone jack which isn’t common in the flagship segment. It also sports dual stereo speakers with Dirac, and support for Hi-Res audio. Due to the AMOLED nature, the phone comes with an in-display fingerprint scanner.

The software probably is a major downside. The phone ships in India with Android 11, but we expect it to get Android 12 shortly.

The ASUS 8Z will come in only one configuration – 8 GB and 128 GB and it costs INR 42,999. The first sale will be on March 7. The device sells in Obsidian Black and Horizon Silver colorways.