The messaging app WhatsApp is reportedly working on an “important” new feature that will allow users to take polls in group chats, and it could be coming in an upcoming update.

While platforms such as Telegram or Twitter already offer their users the possibility of creating polls allowing people to vote and see the results immediately, WhatsApp would finally be on the verge of catching up. Meta’s messaging app is about to introduce a similar feature, according to information from WABetaInfo.

“WhatsApp asks that you type the poll question to send it to a WhatsApp group. There is no additional information at this time as the feature is still in development; but this screenshot confirms that WhatsApp intends to integrate polls on WhatsApp,” WABetaInfo said. 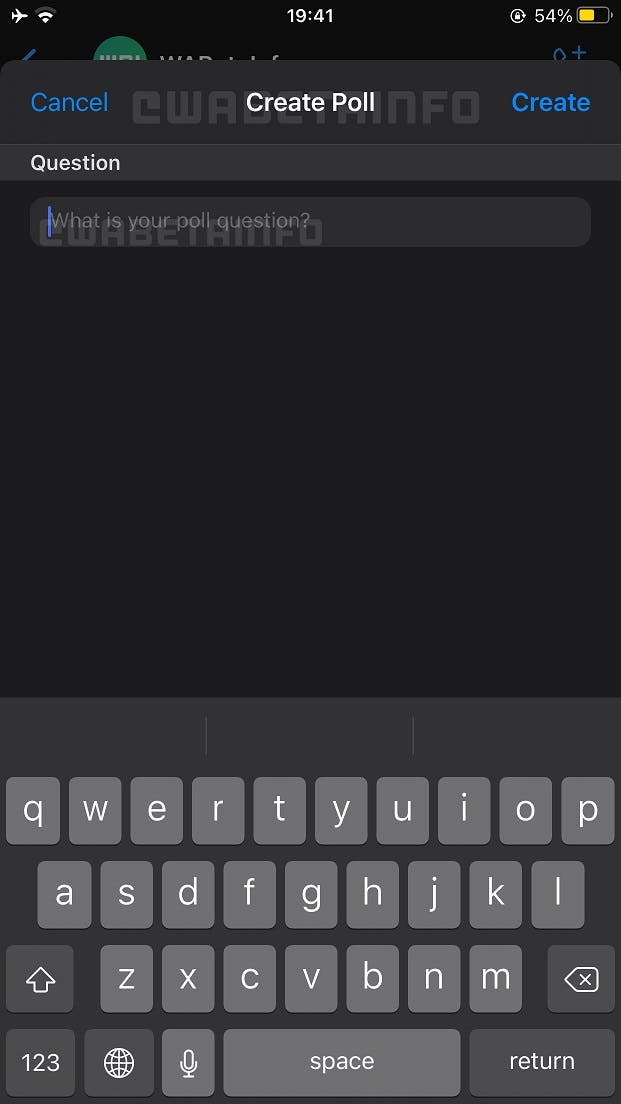 WABetaInfo has announced that the feature to create polls has been spotted in WhatsApp v2.22.6.70 beta for iOS, but it is still not available to all beta testers at this time. The good news is that the surveys will be encrypted end-to-end; and this also applies to the responses submitted by users. According to the WABetaInfo screenshot, it will be possible to write a question; but we don’t yet know how customizable the polls will be.

It is hoped, for example, that it will be possible to give group members a variable number of possible answers, and that they will be able to choose more than one answer at a time. In the meantime, we know that WhatsApp is working on other features such as the ability to listen to your voicemail messages while using other apps or even double authentication on the Desk and Web version.

The messaging service also plans to add a feature previously exclusive to iOS to the Android app: photo blurring. It will therefore soon be possible for all users to reduce the visibility of part of a photo; and even of a video. Users will also soon have the choice of three different brush sizes; to be even more precise when editing their images.

The WhatsApp team continues to work tirelessly to expand the functionality of its application; studying new solutions that allow it to match those of the main competitor, namely Telegram. We recently saw how WhatsApp is preparing to receive the Communities; but the news does not end here, alongside with it; we may see new features in the upcoming version of the app.

Previous Galaxy A53: Samsung's new smartphone has been revealed