The details regarding the debut of the communities on WhatsApp continue to appear, for which there is still no official release date but which now seem to be almost around the corner. This is because even the latest beta of WhatsApp – more precisely the version 2.22.6.9 of the Android application; new indications have arrived that suggest how the company is proceeding quickly in integrating the functionality.

As usual, WABetaInfo colleagues give us explanations on this and this time they do it with a new screenshot of the app from which it is possible to identify an unpublished tab that takes care of including within the conversations of the Communities.

The shared image allows us to notice the new tab icon and the curious aspect concerns the fact that it is located exactly in the same position in which the shortcut dedicated to the camera is currently present. We do not know how many actually use that link to start the camera on WhatsApp, but it is certain that the Communities tab will be much more important and central in the use of the application, so it is clear why it should replace the current shortcut.

WhatsApp is preparing to launch Communities in a dedicated new tab 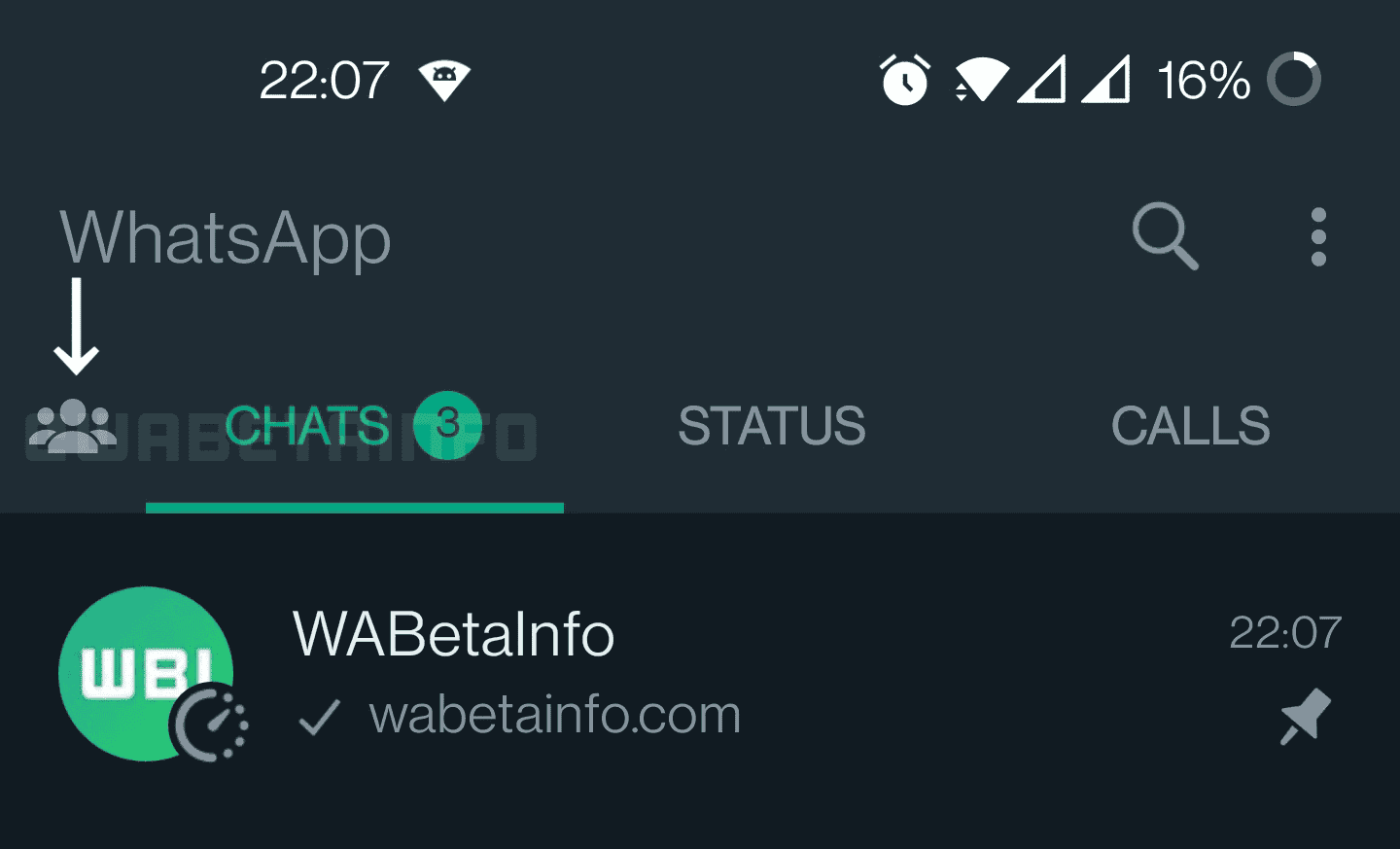 As you can see in this screenshot, there is a new tab dedicated to communities; and it will replace the camera tab! When the user opens the new tab, Community Home may show up by listing all communities you’re part of. Group admins are able to add their groups in communities, private end-to-end places that contain specific groups. This feature is under development, and it will be released in a future update. If you like Communities and you would like to learn more, be sure to visit our website frequently!

Within the Community tab we will find a real Community Home; in which all those to which we are subscribed will be grouped. To create a Community (equipped with end-to-end encryption) it seems that it is enough for the administrator of a group to qualify it as such, but at the moment there are not many details regarding these more advanced aspects of the functionality.

Recall that the first details on the Communities emerged last October; and in the meantime there have been several updates of the WhatsApp beta; that have gradually introduced more and more new pieces that are helping to create a more complete picture. It, therefore, seems that the official launch is not far away. At this point, we just have to wait a little longer.