Sending images on WhatsApp means encountering a compression of the file, with consequent loss of quality, even when using the function that allows you to increase the quality of media upload. However, there is a way around this limitation, which is to forward your photos as documents. But, a photo sent using this solution looks awfully to the recipient, that is, accompanied by the generic image of a document and the file name. In short, the recipient does not know exactly what is in front of him.

However, things could soon improve as noted by WABetaInfo by analyzing the latest beta of WhatsApp for Android (2.22.5.11). There is in fact a novelty that constitutes a turning point, and that is the introduction of the preview of the images even when they are sent as a document so as not to compromise their quality.

A change that might seem trivial, but which however makes the procedure for forwarding images without compression much more intuitive and friendly, since the recipient will be able to see what it is in advance. The new feature, for now, is only available for a small number of beta testers, but it should soon reach everyone, to finally be integrated into the stable version of the famous messaging apps. 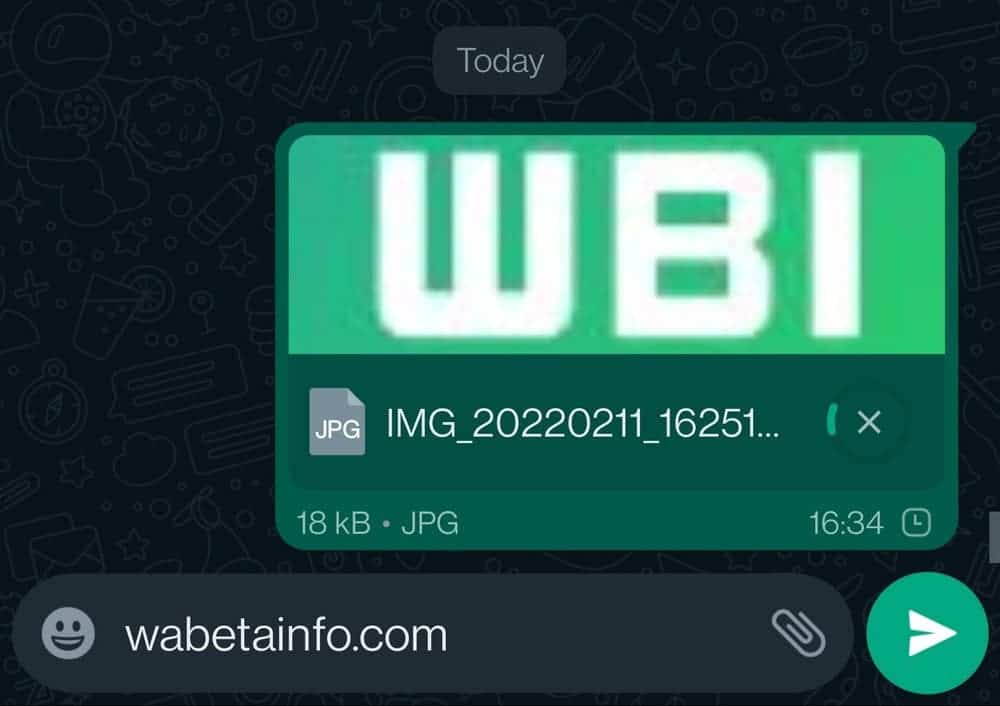 “As you can see in this screenshot, this image has been shared as a document; and there is a proper preview now. In the previous updates, you couldn’t know the content of a document since there was no preview”. “WhatsApp is rolling out this feature to certain beta testers. Some of you may be able to use the feature on certain previous beta updates; but the new 2.22.5.11 beta version definitely helps to get the feature. If you share an image as a document and you don’t see the preview; it means the feature is not ready for your WhatsApp account. WhatsApp is planning to enable the image preview in the next few updates, so be sure to update WhatsApp beta when you see a new update on the Play Store”.

There is an interesting new feature for WhatsApp on iOS. On the Apple platform, in particular, the playback of voice messages; and audio files in general, does not stop if you leave the chat in which they were sent. The feature helps to multitask a lot and allows the app to be a little more versatile; even in more particular and specific contexts. The new version of the app is 22.4.75 , and is being distributed on the stable channel in the App Store

Previous Version 100 of Chrome and Firefox may break many websites