Apple has just unveiled the iPhone SE 5G during a keynote. As expected, this third edition takes keeps the same design of the old iPhones. On the other hand, the affordable smartphone does well thanks to a more powerful chipset and the addition of 5G support.

This Tuesday, March 8, 2022, Tim Cook, CEO of Apple, took the stage for the first time this year. During this first keynote, the manager lifted the veil on several highly anticipated new products. Unsurprisingly, it was the iPhone SE 5G which imposed itself as the star of the event. 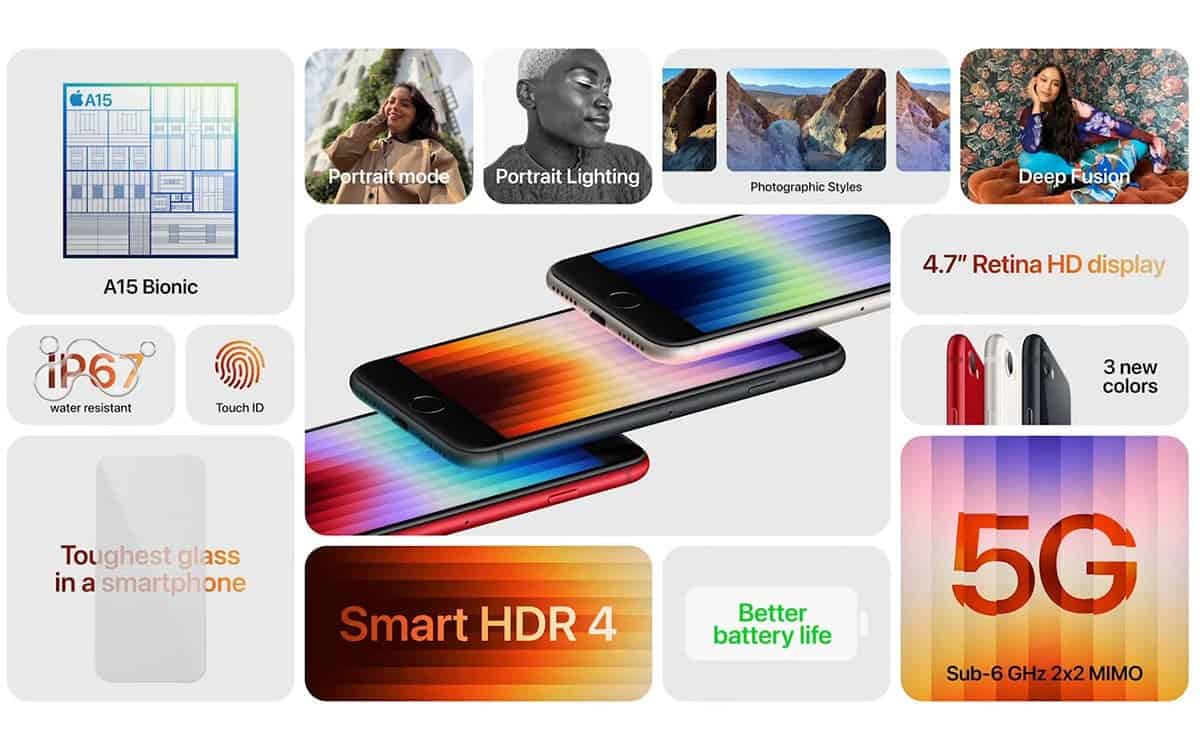 The iPhone SE 5G is very much like an iPhone 8, the phone is built around a 4.7-inch LCD screen. This touch screen, very small compared to the current models, is surrounded by wide borders. Apple uses the same protection as on the iPhone 13 to protect the front and the back.

In the bottom border, we find a Touch ID fingerprint reader. As expected, Apple is taking the form factor of its old iPhones to the letter. Very compact, the third iPhone SE should delight users with small hands. As noted by Tim Cook, the compact format is very popular with some users. Apparently, Apple is therefore again relying on a proven formula. 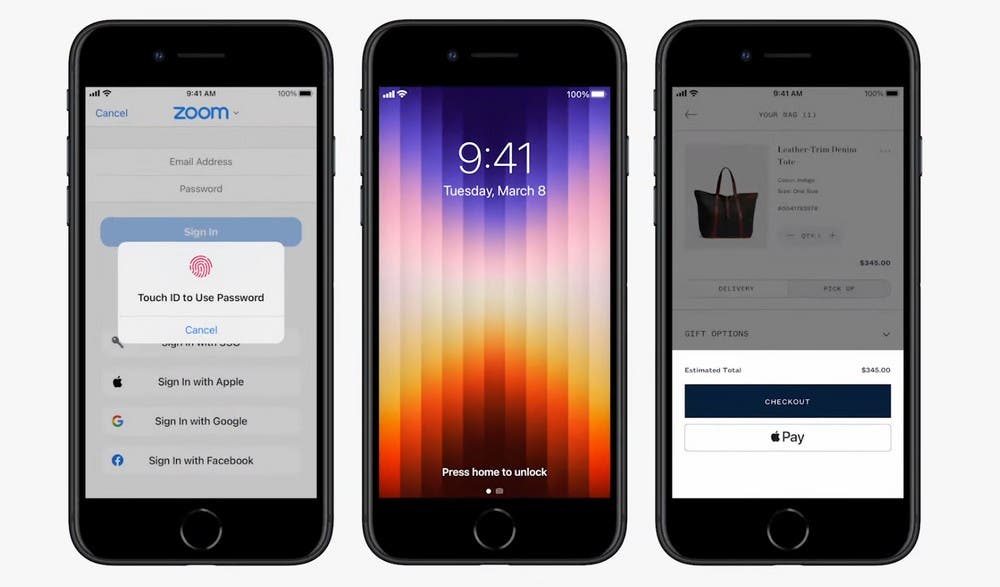 The rear camera has a single 12-megapixel sensor. Thanks to this lens, it is capable of filming in 4K/30 fps. Above all, Apple is adding a series of new software features taken from its latest high-end smartphones. These include photographic styles (from AI-enhanced filters), Cinematic mode, Deep Fusion and Smart HDR 4.

The unique features of the iPhone SE 3 are invisible to the eye. On this generation, Apple has indeed contented itself with improving performance. Instead of the A13 Bionic SoC of the iPhone SE 2020, there is an A15 Bionic chipset. This is the same super-powered chip that powers the iPhone 13, 13 mini, 13 Pro, and 13 Pro Max.

Despite its small size, the latest generation iPhone SE should offer top performance. During the keynote, Apple pointed out that the iPhone SE 2022 is significantly more powerful than models with a similar look. 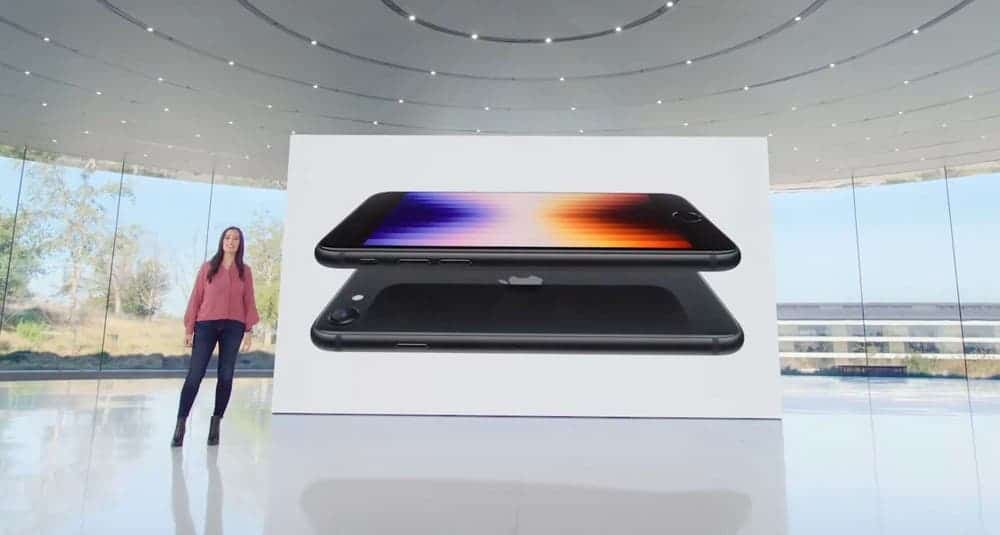 Thanks to its new SoC, the iPhone SE is compatible with 5G. It is the first model in the range to benefit from 5G compatibility. This addition will allow Apple to democratize 5G among iOS users.

True to form, Apple has not specified the size of the battery integrated into its iPhone SE. For the record, the previous model has a little short on autonomy. Apple ensures that the autonomy is better on this new version.

Finally, note that the iPhone SE 5G is available with 256 GB of internal storage. On the previous model, Apple did not offer more than 128 GB of memory. This year, the options include 64, 128 and 256 GB. On the software side, the iPhone SE 2022 runs on iOS 15, the latest version of Apple’s operating system.

The new iPhone SE 5G will be available starting at $429. Apple will open pre-orders for the iPhone SE 5G on Friday, March 11. The first deliveries will arrive the following week, Friday, March 18. That day, the smartphone will also land in stores (Apple Store and resellers).