During yesterday’s presentation, Apple introduced a new processor in the M1 family – the 20-core M1 Ultra. The processor offers the highest performance in the family and is designed for use in the new Mac Studio workstations.

The key feature of the M1 Ultra is the UltraFusion architecture. Thanks to it, Apple combined two M1 Max chips into one giant processor. This was made possible by a 2.5 TB/s inter-processor connection pre-provisioned in the M1 Max. As a result, M1 Ultra doubles the performance of M1 Max: the new processor received 20 CPU cores (16 performance and 4 energy efficient), 64 GPU cores and a 32-core AI accelerator. 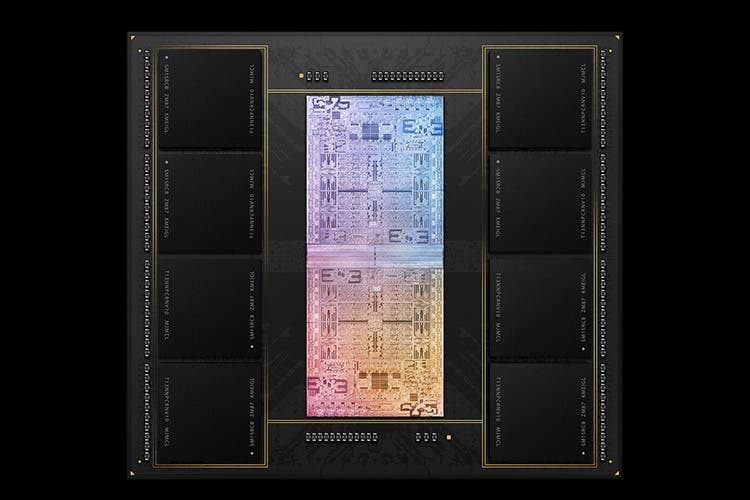 The UltraFusion architecture involves connecting two processor chips through a semiconductor substrate through which more than 10,000 connections pass. It was this approach that allowed Apple to get a single giant chip with 114 billion transistors, which, despite its composite nature, is recognized by all software as a single processor. 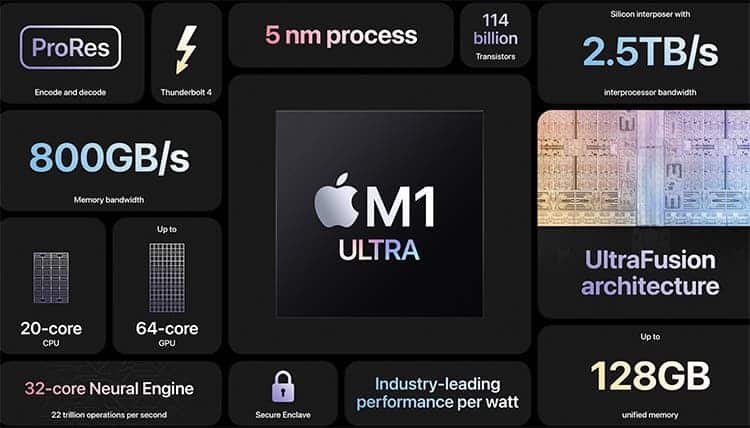 Apple claims the M1 Ultra is up to eight times faster than the regular M1. Moreover, during the presentation, the company indicated that the M1 Ultra offers 90% better performance than the Core i9-12900K at the same power consumption. And the peak consumption of the M1 Ultra is lower than that of the Intel processor by 100 watts. However, do not forget that all processors of the Apple M1 family are running on the ARM architecture, and they are using the TSMC N5 process technology.

As for the integrated graphics in the M1 Ultra, its performance, according to Apple, is comparable to the GeForce RTX 3090 at a consumption of 200 watts less. 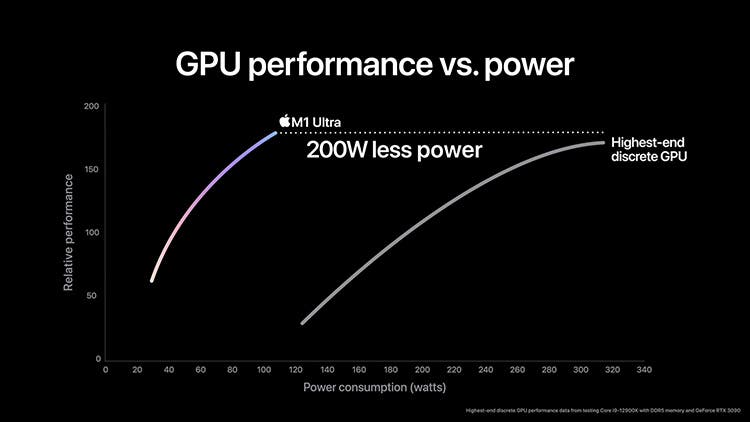 The memory bandwidth of the M1 Ultra is now 800 GB/s; this figure is about an order of magnitude higher than the bandwidth of the dual-channel DDR5-4800. The maximum amount of unified memory supported by the M1 Ultra reaches 128 GB; of which the graphics core built into the processor can take up to 48 GB for its needs.

The M1 Ultra debuts today in the Mac Studio desktop, which is a workstation in a compact design. According to the manufacturer, such computers will be suitable for developers, artists and video professionals; offering them many times better performance than the usual 28-core Mac Pro. We can assume that in the future the M1 Ultra will also fall into future Mac Pro series computers; but Apple itself has not announced anything about such plans. 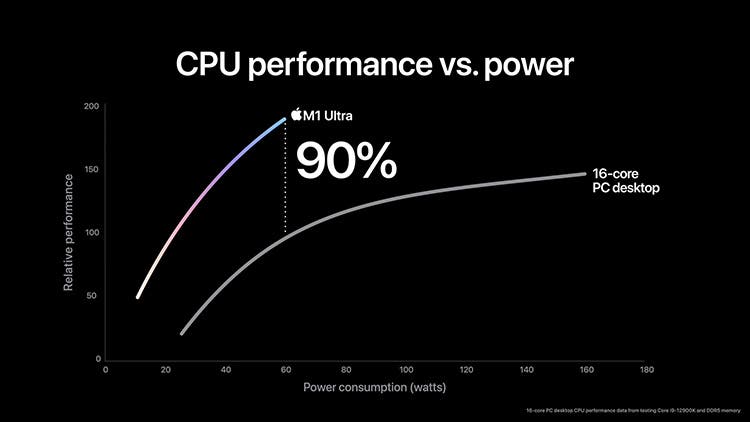 Next EMUI 12: Huawei reveals when the update will arrive to its smartphones