The Samsung Galaxy M53 5G smartphone’s key details have surfaced online courtesy of the upcoming phone’s Geekbench listing. A new Samsung M-series smartphone is headed to the market. The South Korean tech firm is prepping to unveil a new 5G-ready phone. This handset will reportedly launch under the company’s well-received Galaxy M series. Moreover, the phone will be carrying the Samsung Galaxy M53 5G moniker.

As the name suggests, the upcoming 5G-ready phone will succeed the Galaxy M52 5G. The Samsung Galaxy M53 5G smartphone’s launch is right around the corner. So, it is understandably passing through important websites. Now, the Samsung Galaxy M53 5G has arrived on the Geekbench benchmarking website before launch. Moreover, the listing sheds some light on the upcoming handset’s key specifications. For instance, it reveals details about the device’s memory, processor, operating system, and more. 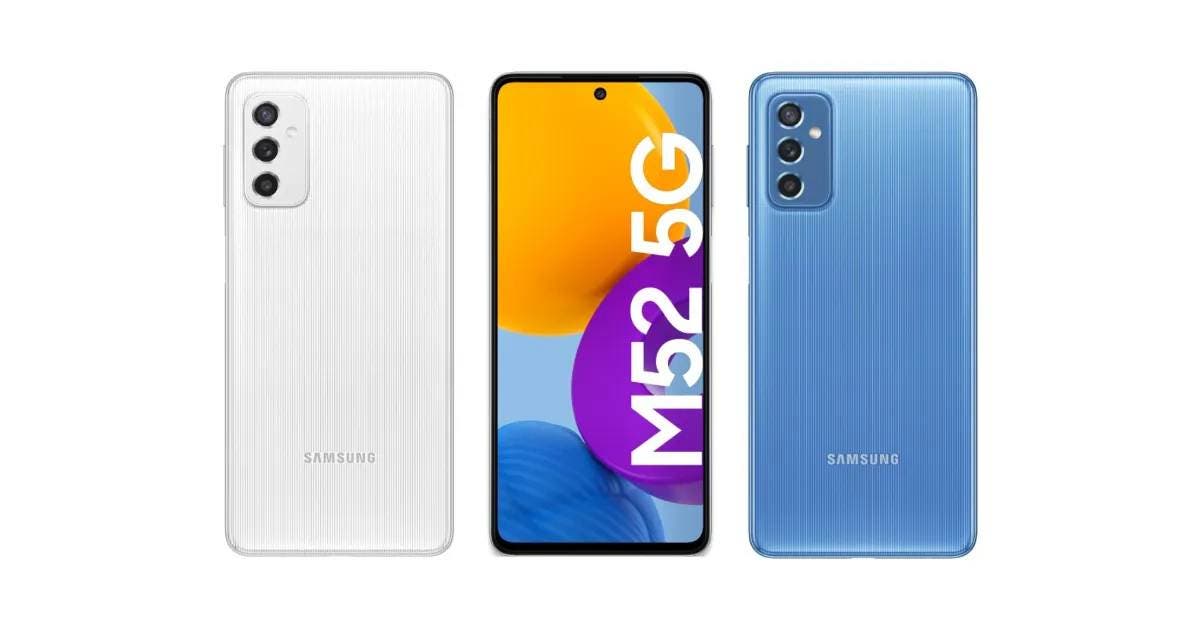 First off, the Samsung Galaxy M53 5G Geekbench listing confirms that the phone carries model number SM-M536B. Aside from that, the benchmarking website shows the phone will run Android 12 OS out of the box. Moreover, this operating system will come with a layer of Samsung’s OneUI 4.0 skin on top. Under the hood, the handset will pack a MediaTek octa-core processor. This chipset is linked to the codename MT6877V/ZA. According to a report by MySmartPrice, this is the MediaTek Dimensity 900 5G SoC.

The Dimensity 900 processor, which will be powering the OnePlus Nord CE 2 smartphone, has two Cortex-A78 cores that clock at 2.4GHz. Aside from that, the processor features six Cortex-A55 cores clocking at 2GHz. On top of that, the Dimensity 900 comes with a 5G sub-6GHz modem that supports up to 120MHz bandwidth. Moreover, this 5G modem comes with carrier aggregation. The processor uses a 6nm manufacturing node. 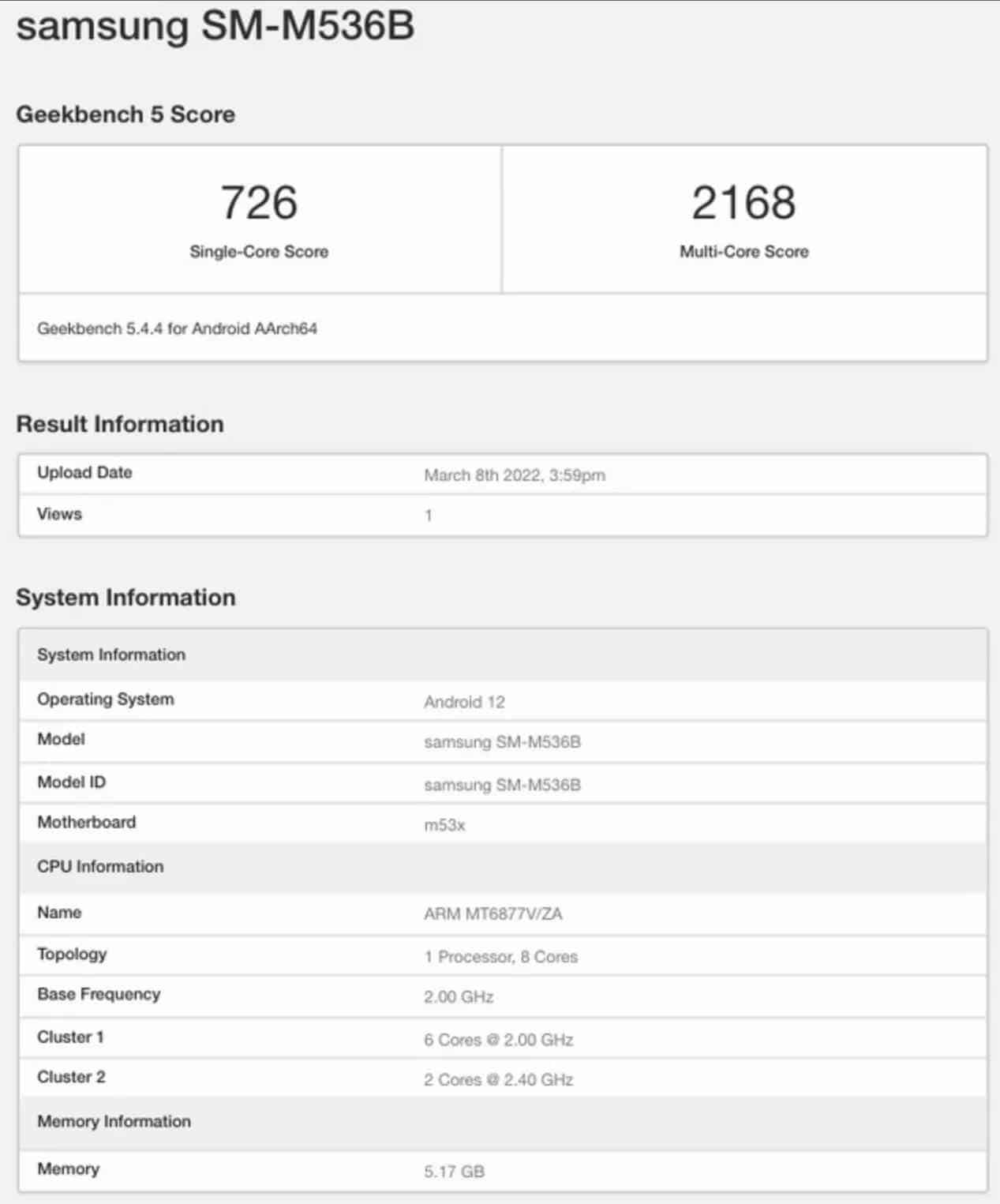 Furthermore, the unit listed on Geekbench has 6GB of RAM. However, Samsung is likely to announce an 8GB RAM variant at launch. To recall, the company has a reputation for launching an 8GB RAM option for its smartphones. Also, the handset scored 726 and 2168 points in Geekbench’s single-core and multi-core tests respectively. The Samsung Galaxy M52 5G made its debut carrying a price tag of INR 26,999. Its base model is currently available for INR 24,999 on Amazon.

So, the Galaxy M53 5G could retail for under INR 30,000 at launch, following in the footsteps of its predecessor. To recall, the Galaxy M52 5G comes with a Snapdragon 778G processor. It sports a 6.7-inch Super AMOLED screen with a 120Hz refresh rate. For optics, the phone houses a 64MP main camera. Also, it draws the juices from a 5,000mAh battery that supports 25W fast charging.

Next OnePlus 10 Pro Bags Multiple Certifications Ahead Of Global Launch