The West has launched a number of lethal sanctions against Russia. We guess you know that myriads of companies have stopped their business in the country. Most of them have even left Russia. Almost all countries in Europe have closed their air spaces for Russian airlines. But Russia doesn’t sit tight. In its turn, Kremlin has decided to impose its own sanctions against western companies and countries. In some sense, Russia’s decisions are logical if taking into consideration the situation it has appeared in. So it will do anything to keep businesses and the government running. Say, Kremlin might decide to snatch the products from those companies that are going to withdraw from the Russian market. In other words, according to the latest rumors, Russia will legalize software piracy. Thus, anyone will be able to freely use cracked software.

Not surprisingly, Russian law already allows authorizing the use of any intellectual property of any company “in case of emergency. As Kremlin likes to say, the law might start working “to ensure the defense and security of the state.” Of course, Russia won’t ask any permission from the patent holder.

Well, the government hasn’t pushed the button yet. But recently, Kommersant revealed that this could happen soon. Once it happens, the Cyber Curtain will separate Russia from the West. And we guess it will be stronger than the Berlin Wall.

As technology lawyer Kyle Mitchell has found, the Kremlin’s plan would create “a compulsory licensing mechanism for software, databases, and technology for integrated microcircuits.” Russia is going to apply it to companies from countries that have imposed sanctions. Though there are no names in the report, we guess all major technology companies will fall under this law. When saying this the first company that comes to our minds is Microsoft. The Redmond-based company has recently suspended sales of new products and services in Russia. We shouldn’t exclude Apple from the list as well. Samsung, Google, and others have no chances to escape too.

How This Will Touch Chinese Companies?

On the one hand, seizing the intellectual properties of Western companies will help the country to survive. On the other hand, action like this will exempt Chinese companies. Russia won’t depend on the advanced technologies imported from the West and will rely on Chinese technologies. This refers not only to smartphones but the auto industry as well. But nothing works in Russia at the moment. We mean everything is in the most complicated situation, from logistics to finance. 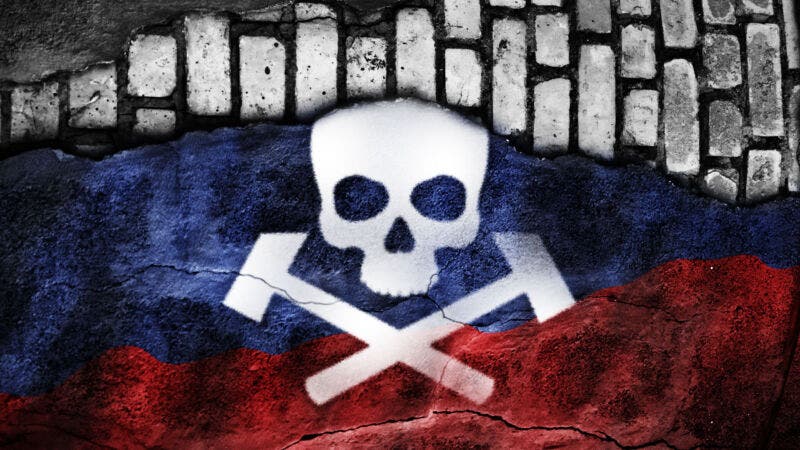 Moreover, we notice that recently China has been ramping up its criticism of US policies. But the leading Communist Party in the country has no plans to undermine its lucrative stake in global trade. “Chinese companies have much more to lose than to gain by violating sanctions,” analysts at Gavekal Dragonomics said in a research report cited by The Wall Street Journal. “For most Chinese companies, Russia is just too small of a market for the business to be worth the risk of getting cut off from developed markets or being sanctioned itself.”

Russia Has Been Using Cracked Software Long Ago

Those who are familiar with Russia will confirm our words that software piracy in Russia is nothing new. Back in 2019, ESET Software, a Russian software distributor, conducted a survey that shows 91% of Russians preferred pirated content. 20% of the respondents said that they had installed cracked software. The reason behind their actions is the high prices of Western technology and software. At least, 75% think so. However, this has taken roots long ago. As Mitchell mentioned, a decade ago, Russian ISPs hosted their own file-sharing networks.

Russia has never regarded intellectual property rights. This is especially true for those from other countries. “The most significant example is Winnie-the-Pooh,” wrote Igor Slabykh for the Institute of Modern Russia, a US-based think tank. “When the Soviet Union created the Winnie-the-Pooh cartoon in 1969, it did so without any copyright holder’s permission, even though the Civil Code of the Russian Soviet Federal Socialist Republic prohibited such an act.”

“As in the early United States, where printers freely copied English books. Russian society had come to the decision, collectively and non-explicitly, that for the moment, there was far more to gain taking en masse than to be lost in studious commerciality for domestic production.”

We understand that currently, it’s not an easy deal to crack software because most of them are available only through a web app. But even if so, many traditional apps still rely on authentication servers to check subscription status. As a hint, if Roskomnadzor distributes a list of stolen or generated serial numbers, anyone will be able to use cracked software.