Once upon a time, Huawei and Samsung fought for leadership in the 5G smartphone niche. But due to US sanctions, the Chinese company has deflated, and the South Korean giant is losing ground under the attack of ambitious companies from China. Many of the Chinese manufacturers have seriously added fifth-generation devices to their lineup, among them we have Realme.

Analysts from Counterpoint Research analyzed the smartphone market for the fourth quarter of last year and concluded that Realme was the fastest growing brand in the 5G smartphone segment. The increase was a solid 165% in comparison with the results of work in 2020. And this is not the first quarter that Realme has led the way in terms of 5G smartphone share growth. For the third quarter in a row, it has been adding more actively than other brands in this segment. The company is also one of the top five 5G brands in more than 20 markets.

Added other brands. Thus, the growth of Samsung was 109%, and Xiaomi and Honor 98%. Slightly worse results were by Vivo (55%), Oppo (42%) and Apple (30%). Analysts also note that the trend continues that 5G smartphones are becoming more affordable. Thus, the average price tag for a device with support for fifth-generation networks in the fourth quarter was $250, while a year earlier this figure was at the level of $270. 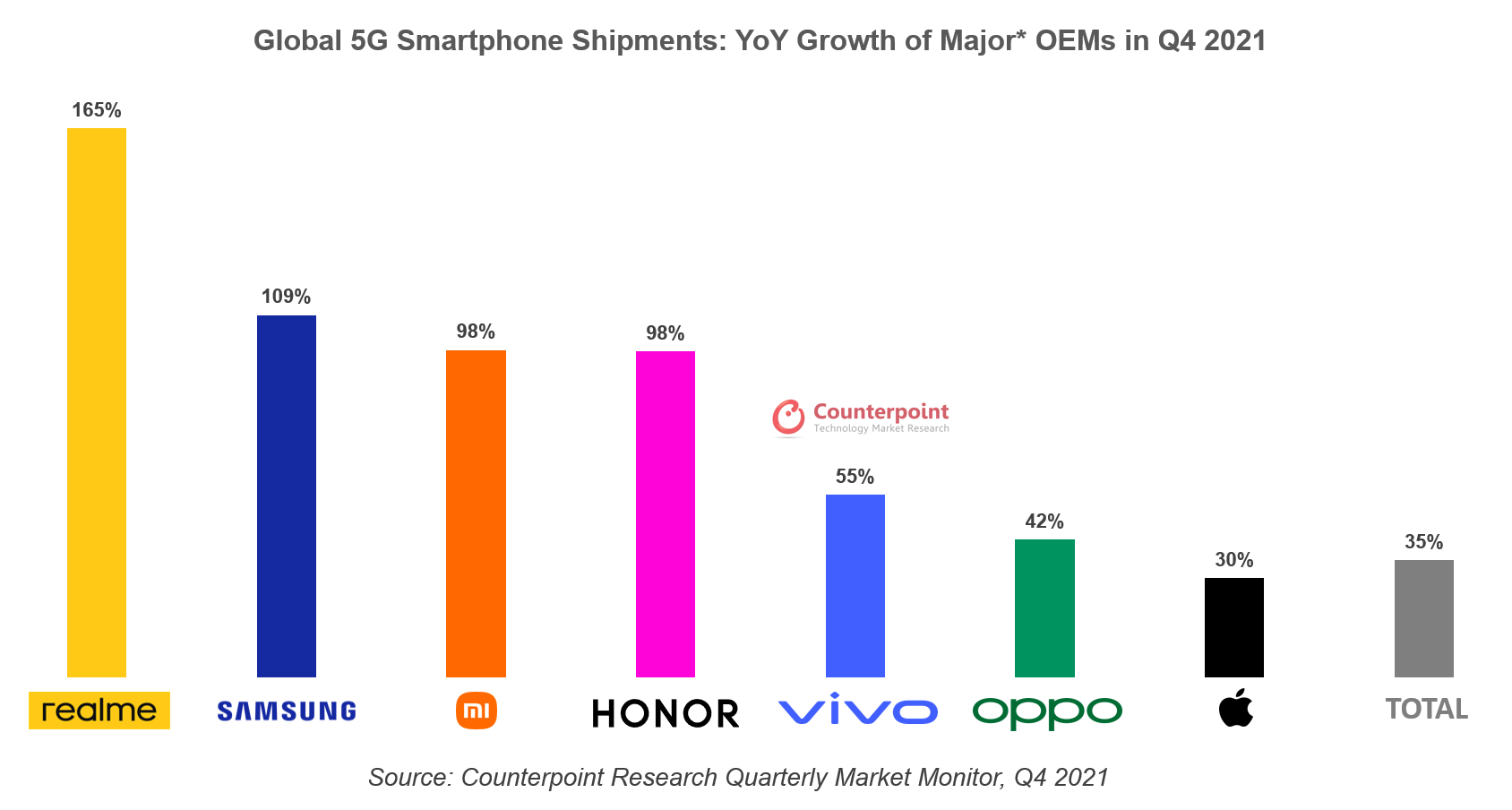 Commenting on realme’s performance in Europe, Associate Director Jan Stryjak said, “realme was the fastest-growing major brand in Europe in 2021, having gone from strength to strength in the region. It entered the market in June 2019 and quickly found favour with its ‘flagship killer’ approach, offering high-spec devices at competitive prices.”

realme’s rapid growth in Europe will enable it to gain a greater foothold in the region, as it has done in countries in the Middle East & North Africa and Asia-Pacific regions, which constitute a majority of the 20 countries in which realme’s 5G smartphone shipments rank among the top five.