The Oppo Enco Air 2 TWS earphones’ India launch could take place later this month, following the arrival in the Chinese market. Back in December, a report suggested that the Oppo Enco Air 2 TWS earbuds will launch in India in early 2022. Regrettably, the report did not reveal the exact launch date. However, Oppo launched the Enco Air 2 in China earlier this year. The new earbuds succeed the company’s well-received Enco Air.

Moreover, the Enco Air 2 retains the outward appearance of its predecessor and came with a translucent casing. Now, a teaser page for the Oppo Enco Air 2 is live in India. This is a sign that the earbuds are arriving in the Indian market soon. So, let’s check out the Oppo Enco Air 2 TWS India launch date, specs, and features. The Chinese consumer electronics giant will unveil the Oppo K10 on March 23. In addition to that, Oppo is now teasing the debut of the Oppo Enco Air 2 in India.

#FreshSoundInTheAir and so is the joy as we bring to you the all-new #OPPOEncoAir2. Stay tuned! pic.twitter.com/HzVhgTb7DR

Oppo is currently working on a new K-series smartphone, which the company revealed in a teaser on March 14. The word on the street is that the mysterious handset will debut with the Oppo K10 moniker later this month. Now, it is highly likely that the company could unveil its new TWS at the same event. However, Oppo is still keeping the exact launch date of the Enco Air 2 in India under wraps. Nevertheless, we already know what it could offer in terms of specs since the TWS is currently available in China.

Notably, the TWS features 13.4mm composite titanium-plated diaphragm moving coils. Also, it has a unique bass duct for a more rhythmic bass. The earbuds also have Oppo Blu-Ray acoustic tuner presets. They include a couple of new Enco Live Tunings presets to achieve customized sound effects. Furthermore, the frequency response range of these earphones is 20Hz to 20,000Hz. On top of that, they support SBC and AAC Bluetooth codecs, as per a report by MySmartPrice.

For connectivity, the earphones use the Bluetooth v5.2 low-latency dual transmission technology. Furthermore, the game model delivers a low latency of 94ms. They use AI (artificial intelligence) to mimic the human binaural hearing system to provide a crystal clear calling experience. Aside from that, they come with built-in touch-sensitive panels that enable users to control music playback and calling. 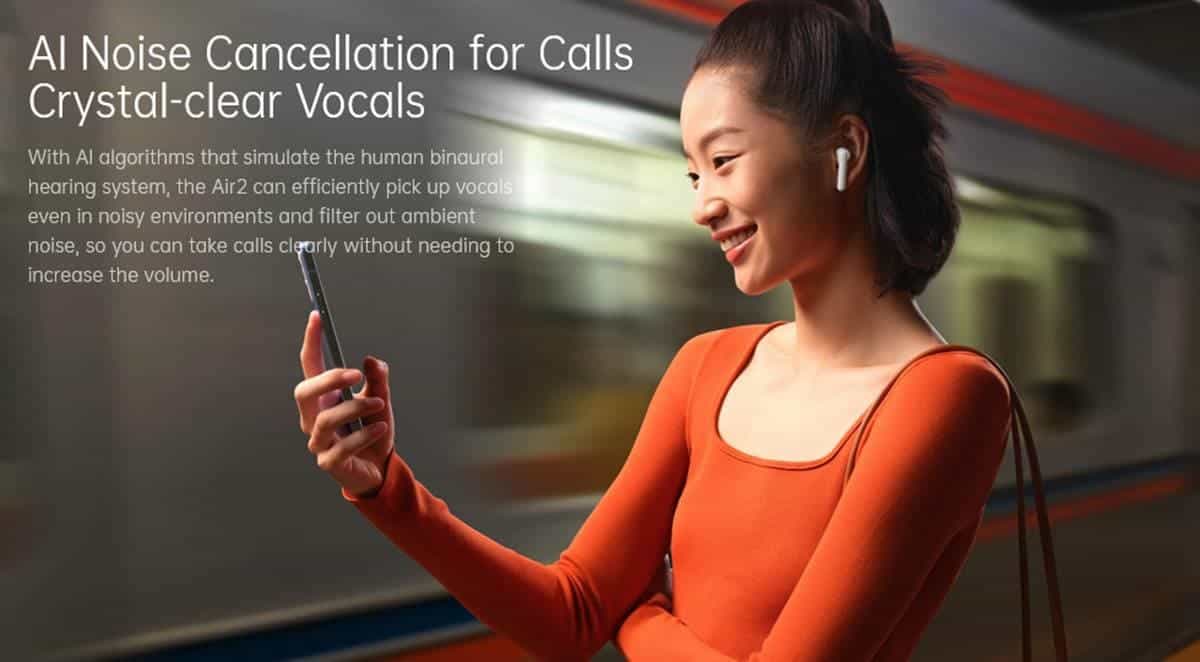 Also, the charging case of the Chinese version of the Enco Air 2 uses a 440mAh battery. This cell is capable of fully recharging the earphones up to 5 times. Each earbud comes with a 27mAh battery unit that offers playback of 4-hours. Lastly, there’s a USB Type-C port that comes in handy for recharging the charging case in just two hours. In China, these earbuds come in White, Green, Blue, and Black color options.

Next Samsung Exynos 1280: what the new chip will offer