Nintendo’s creativity in gaming hardware has always been at the forefront of the industry. At least every time a new generation of consoles is official, few people can guess what they will look like. Recently, some netizens discovered that Nintendo obtained a new patent in July last year and made it public in January this year. Judging from the patent image, this looks like a brand new gamepad. 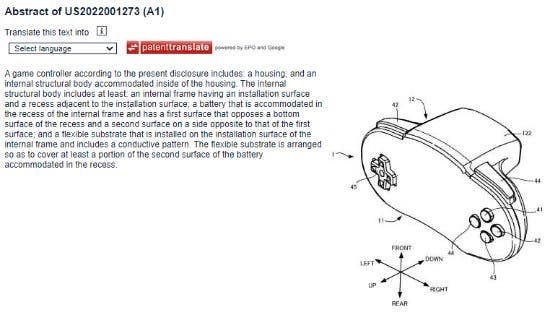 The first half of this handle is similar to the classic N64 handle, but there are only cross keys, four buttons, and two shoulder keys on the panel, no joystick. If you ignore the buttons above, it even looks a bit like a VR headset.

After disassembling the handle shell, there is a trapezoidal groove inside, and the electronic components of the handle attaches to the groove. According to the patent description, the second half of the handle will be for battery installation. Thus, it seems that this handle should be able work wirelessly. 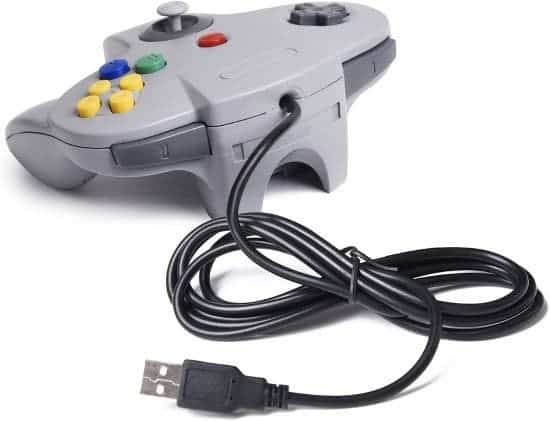 At present, Nintendo has not announced products similar to this handle. Thus, whether it has other functions or will enter mass production is not public knowledge.

According to Videocardz, Nintendo Switch Sports may support AMD FSR technology at launch or later. Twitter user NWPlayer123 found that the Nintendo Switch Sports user agreement states that the game has AMD FidelityFX and FidelitFX Super-Resolution licenses. The information doesn’t say how the game will take advantage of the FSR. There are speculations that it could be used in TV mode.

The full name of AMD FSR is FidelityFX Super Resolution. Officials say that FSR uses advanced optimization and upgrade technology to increase the frame rate. This will bring a high-resolution gaming experience without the typical performance impact.

Nintendo has been struggling with the supply of the Nintendo Switch. The main reason is because of the global semiconductor shortage and chaos in the industry. Last year, Nintendo lowered its fiscal year sales plan to 24 million units from an earlier 25.5 million units. If the supply stagnation is prolonged, it may not live up to its expectations.

President Furukawa said: “We cannot say that supply will meet demand…After the start of 2022, production will be based on demand, as everyone has fears. Our production capacity may not be able to meet the demand.”

Next First sales for the global Xiaomi 12 are up on Aliexpress !