A Florida woman has just captured an intriguing video this week. The video shows a curious, intrigued, alligator in a struggle to chase a remote-controlled toy boat across the surface of a retention pond. The filmer was a producer for WJAX-TV and has captured the footage when the gator’s attention was grabbed by a neighbor’s remote-controlled boat in the Jacksonville retention pond.

Interestingly, the video shows the alligator chasing the boat as it zooms across the surface of the water. For now, it’s not clear if the alligator has confused the boat for a potential food source. However, the University of Tennessee at Knoxville researchers said in a 2015 study that playful behavior is present in alligators and other crocodiles. So, in other words, the gators and crocodiles may be as playful as the small cat you has in a home. Of course, with a lot more strength and ferocious tooths.

Vladimir Dinets (not Putin this time around), a research assistant professor in psychology, has been studying crocodiles for an entire decade. While doing so, he has found out that the animals have sort of a play-like behavior. To get more data, he conducted an informal survey of crocodilian-themed groups on social media and at various conferences.

His results show a softer side of the intimidating creatures. Interestingly, one even shows romping around with river otters and people. The findings are important to show how these animals have evolved in intelligence.

The research further shows that crocodilians engage in all three main types of play. As per the study, these are locomotor play, play with objects, and social play. Play with objects is just what happened above with our friend alligator chasing the boat. Many Crocodilians have been spotted playing with wooden balls. Others with noisy ceramic bits, streams of water, their prey (sad), and debris floating in the water.

Cases of locomotor play include young alligators repeatedly sliding down slopers, crocodiles surfing ocean waves, and caimans riding currents of water in their pools. Observed cases of social play include baby alligators riding on their older friends’ backs, baby caimans playfully “courting” each other and a male crocodile giving his lifetime mate rides on his back.

Alligators and Crocodiles can build bonds with humans

Worth noting that Crocodiles can also play with other animals. Dinets’ findings include a juvenile alligator playing with a river otter. In some rare cases, individuals crocodilians can create strong bonds with people that they become playmates for years. For example, a man who rescued a crocodile that had been shot in the head became close friends with the animal. They happily played every day until the crocodile’s death 20 years later. 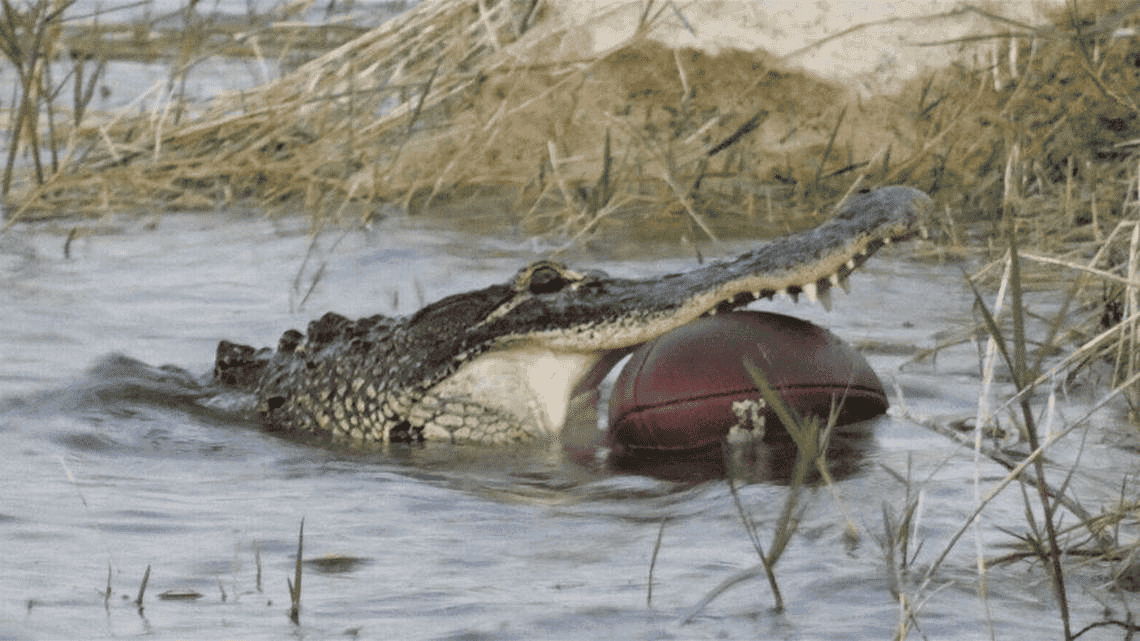 That is hard to believe, but Dinets states that a croc could swim with his human friend. He may also try to startle him by suddenly pretending to attack him. Last but not least, he can sneak him from behind. He may also accept being caressed, hugged, rotated in the water, and kissed on the snout. Dunno exactly, how these tests have been conducted as they really seem hard to believe. But that’s what the study says.

Anyone up for trying?

Next If you're in Arizona, it's time to make some money with your poop