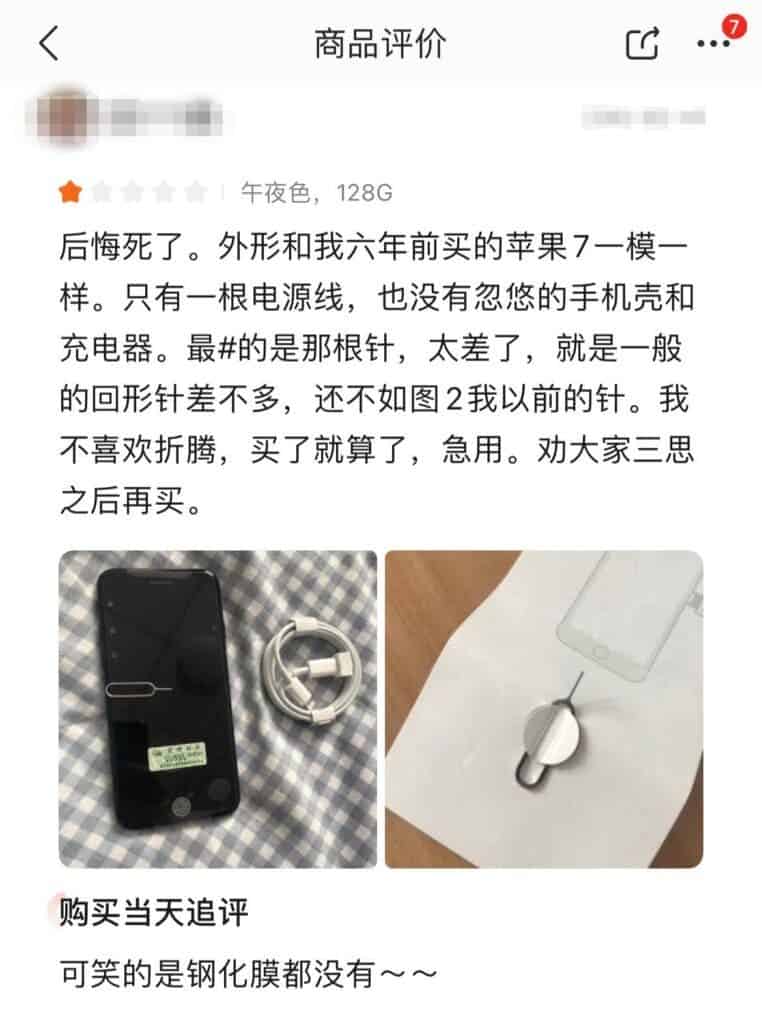 Rating this device with one star, the user claims he did buy the iPhone SE 3 128GB black version for 3899 yuan ($613). According to the user, he feels like dying because he bought this device. Linking his regret for buying this device to death is below the belt. He said

“I regret buying this smartphone to death. The appearance is exactly the same as the iPhone 7 I have about six years ago. There is only one power cord, no mobile phone case, and no charger. The card pin in the box is very very poor. Think twice before buying”.

In all honesty, the iPhone SE 3 is not as bad as the user thinks. He probably read too many hypes about this device before buying. We all know iPhones don’t come with chargers and cases, thus that shouldn’t be an issue. As for the card pin, who cares about the quality of a card pin? Before you purchase this device, read our advice here

The biggest upgrade point of the Apple iPhone SE 3 is the A15 Bionic chip. This chip uses TSMC’s 5nm process and consists of 2 high-performance cores and 4 energy-efficient cores. It integrates a 4-core graphics processor and a 16-core neural network engine.

This device also comes with a 4.7-inch LCD screen with a resolution of 1334 × 750. This smartphone has a 7MP camera on the front and a 12MP shooter that supports OIS on the rear. The iPhone Se 2022 also supports Touch ID as well as IP67 dustproof and waterproof.

This smartphone is also available in 64GB, 128GB, and 256GB storage options. As for colour options, it has midnight black, star, and red colors.

Previous Samsung Galaxy A53 launched in India, Exynos 1280 and more in tow