The Poco X4 Pro 5G smartphone’s official teaser suggests that the handset’s India launch is right around the corner. The rumor mill has been churning out a lot of speculations around the upcoming Poco smartphone. Aside from that, the 5G-ready handset has been subject to multiple leaks lately. To recall, the Poco X4 Pro 5G renders surfaced online last month, revealing its camera design and colors.

Last month, Poco unveiled the X4 Pro 5G for the global markets. However, details about the Poco X4 Pro 5G smartphone’s India launch have been scarce until now. Taking to its official Twitter account on March 21, Poco India shared what could be a Poco X4 Pro 5G teaser, given that it has a letter “X” in it. Notably, the teaser does not shed light on the Poco X4 Pro 5G India launch date, Nevertheless, it includes “X” and “IV,” hinting at an April 10 launch.

The X has a date! Let’s know if you’re able to find it.

Aside from that, the company urges its Twitter followers to “watch the space tomorrow.” According to a report by MySmartPrice, Realme could announce the Poco X4 Pro 5G India launch date today, March 22. Now, key details about the X4 Pro 5G are not a mystery since it is a rebranded version of the Redmi Note 11 Pro+ 5G. However, Poco could make some minor adjustments in the Indian variant.

For instance, the Poco X4 Pro 5G Indian variant could house a 64MP main camera, unlike the global variant that has a 108MP shooter. Furthermore, the smartphone sports a 6.67-inch AMOLED display with Full HD+ resolution, and a 120Hz refresh rate. Also, the display provides a touch sampling rate of 360Hz. It has a layer of Corning Gorilla Glass on top for additional protection. Under the hood, the phone packs an octa-core Qualcomm Snapdragon 695 processor. 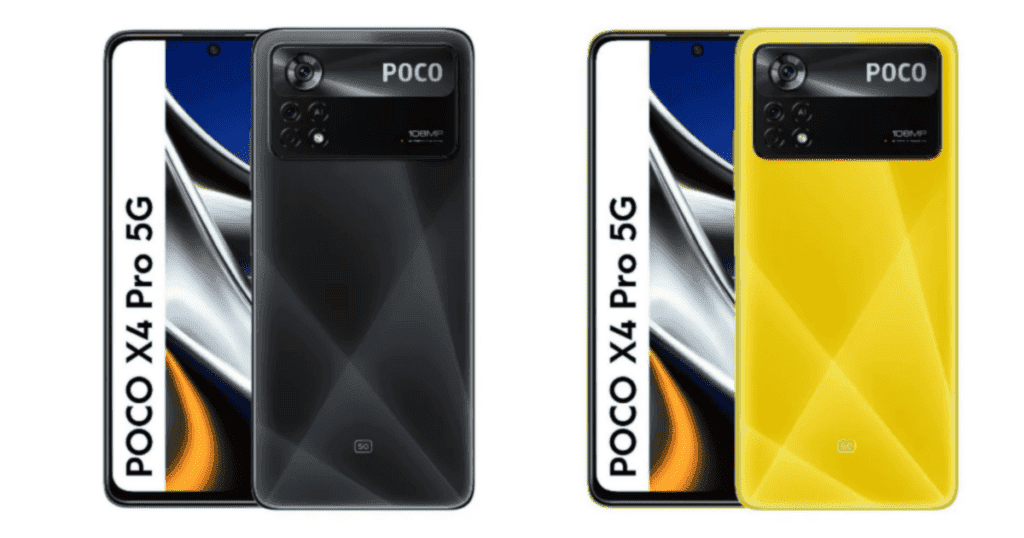 This processor has an integrated Adreno 619 GPU. Moreover, it will ship with up to 8GB LLPDDR4X RAM and offer up to 256GB UFS 2.2 onboard storage. The phone boots Android 11 OS with MIUI 13 on top. For optics, the phone has three cameras on the back. This triple rear camera setup includes a 108MP main camera, an 8MP ultra-wide-angle camera, and a 2MP macro camera. Upfront, the phone houses a 16MP shooter for selfies and video calling.

A robust 5000mAh battery unit with 67W fast charging support powers up the entire system. The side edge houses a fingerprint scanner. Moreover, it comes with a 3.5mm audio jack with Hi-Res audio certification, a stereo speaker setup, and a Type-C port. Lastly, the phone is available in Poco Yellow, Laser Blue, and Laser Black color options.