Over the past few years, there have been many smartphones for gaming in the Android market. All these smartphones emphasize one thing, heat dissipation. These devices come with an active cooling system such as air cooling. Not to mention putting fans into mobile phones for active heat dissipation, and even passive heat dissipation such as VC liquid cooling. However, despite its top chip which can handle gaming, iPhones do not care about cooling. So what are the reason(s) why Apple’s iPhone does not pay attention to heat dissipation? We have some possible reasons below

Gaming with iPhones show that they need proper heat dissipation

A test of the iPhone 13 Pro Max and the Nubia Red Magic 7 shows that the former needs a good heat dissipation system. The test uses both smartphones to play “Genshin Impact” for about 20 minutes. The picture quality was set to extremely high quality, and the frame rate was 60 frames.

The test reveals that the average temperature of the back cover of the iPhone 13 Pro Max is 43.2°C. Also, the highest temperature is 46.6°C while the lowest temperature is 38.0°C. Because the frame is metal, it feels obviously hot. The average frame rate of the game is 53 and it runs relatively smoothly. However, mid-way through the game, there were some stutters.

If the heat dissipation material and other components are to be installed at the same time, this will inevitably lead to a thicker and heavier fuselage. This is unacceptable for Apple’s iPhone which pursues a thin and light feel design. 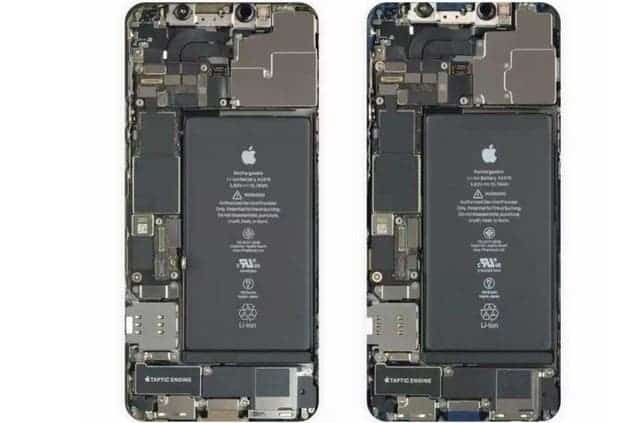 Dismantling the iPhone, iFixit reveals that the internal structure of Apple’s latest iPhone is very compact. The placement structure is simple and orderly. If it adds heat dissipation materials, it will conflict with the simple design beauty principle inside Apple’s iPhone.

It is easy for Apple to control parameters that raise the temperature of its devices. This is because of the “uniformity” of Apple’s ecosystem. For Android, we have the open Android system + third-party manufacturers’ hardware + open third-party application stores. The design at any of these levels could cause the device to heat up easily. Thus, there is a need for a proper heat dissipation system.

However, for Apple, Apple’s iOS system + Apple’s hardware + Apple’s closed application store. Thus, Apple is in control of all the levels along the way. We can simply characterize the iOS camp to have a “uniform and central” nature. This uniform nature makes heating not much of an issue.

Apple’s iPhone is different. Its powerful hardware configuration, coupled with the unified App Store checks the quality of application software. This enables the iPhone to obtain a better user experience.

3. iPhones do not heat up during short gaming

From user experience, if a does not play the game for a long time, the iPhone does not heat up. Thus, the general user experience remains intact. The iPhone needs long time gaming (30 minutes to 1 hour) for the heating to be noticeable. To Apple’s advantage, its fan base does not buy iPhones for gaming. Thus, it does not have many mobile long-time gamers who well rely on the iPhone.

iPhone users buy the device for prestige, taking pictures, communicating and sending text messages, and occasionally gaming. This also means that there are not many scenes and time for the heat dissipation to play a role. Perhaps, Apple thinks it is unnecessary to pile up heat dissipation materials for usage scenarios that are not so common.

In addition, if consumers are not satisfied with the user experience of playing games on the iPhone, they can buy Android phones with better heat dissipation. Apple is open to users buying Android phones. Once upon a time, Apple CEO Cook directly recommended consumers to buy Android phones in response to consumers calling for Apple to open up third-party application installations.

As we all know, Apple’s hardware performance has always been ahead of the Android competitors. Taking the A15 versus the new generation Snapdragon 8 Gen 1 as an example, test results show that in terms of CPU multi-core, the energy consumption ratio of A15 is 570 points/W, while the Snapdragon 8 Gen 1 is only 343 points/W. This means that the Android flagship processor is nearly 40% behind. Although the Dimensity 9000 will reduce this gap, the reduction will not be significant.

The same is true for the GPU energy consumption ratio. The Snapdragon 8 Gen 1 is 3.84 points/W, while the A15 is 6.84 points/W. The latter is almost 50% ahead. Apple’s hardware is so powerful that the iPhone can play a lot of games smoothly in power-saving mode. The power-saving mode is mainly to control the CPU power. As long as it is not overheated, you can play smoothly, which also makes the heat dissipation insignificant.

If one day Apple starts to pile up heat-dissipating materials, it will be that there are more consumers who spend longer time playing games, or that Apple’s combination of software and hardware has lost its advantage over Android.

Previous Telegram has become the most popular messenger in Russia recently

Next Google has removed all Android statues from its campus