Netflix has made a bold promise last year to enter the scenario of video games. In fact, the company made its entrance but it wasn’t as anticipated. Instead of big titles, we saw Netflix taking a very “careful” route playing with mobile games. In fact, the service works allowing Android users to play certain games, including paid ones, directly from the Netflix app. They still need to download and install the games, and the big advantage is to use your Netflix subscription to pay for these games. At first, Netflix offered Stranger Things games but has been adding more and more games to the portfolio. Now, a recent report suggests that the company is preparing to develop its own game – a first-person shooter.

Since the first launch in November, Netflix has already rolled out 14 titles on the platform. These are available for no additional charge, and no ads, in its mobile apps. Those have ranged from casual puzzle and card games to scrolling arcade-style titles. Now, Netflix will introduce the “Into the Dead 2: Unleashed,” a zombie-apocalypse shoot-’em-up described as the “ultimate runner/shooter hybrid”. Apparently, it’s soon to tell whether Netflix Games are moving the needle forward to attract and keep customers. However, the addition of the first-person shooter title shows that the company wants to appeal to more players. In fact, the first-person shooter is one of the more profitable segments. Call of Duty from Activision keeps leading the rankings with every new release. In the same way, its game-as-service – COD Warzone – is one of the most successful and profitable online shooters. 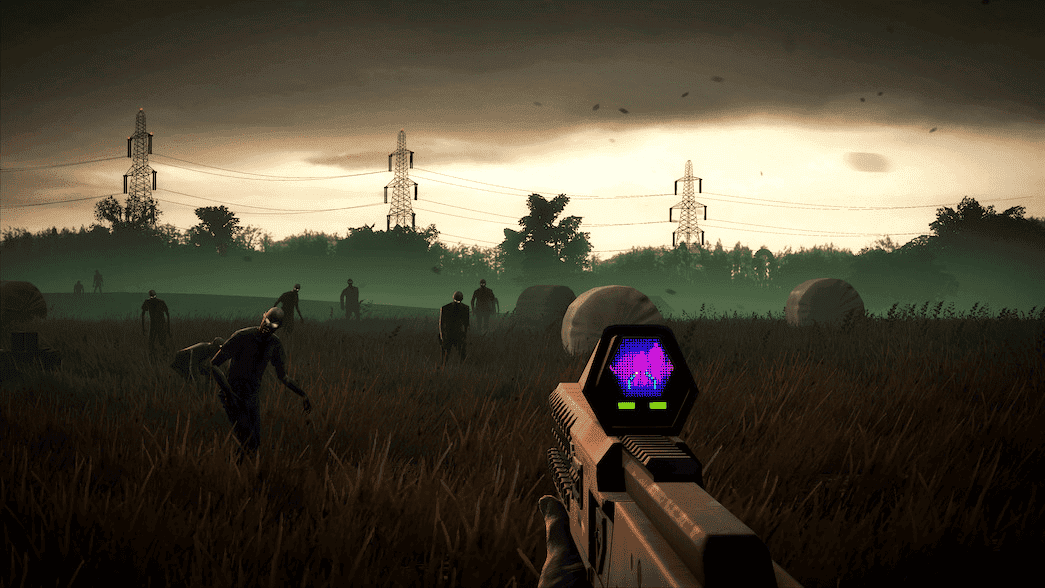 In the game, from New Zealand-based developer PikPok (Not TikTok), armed players will fend off ever-increasing zombie threats while “crossing treacherous terrain… Main, mow down and eliminate the Dead. They need to do anything at their reach to push the enemies away and keep moving. The game will feature multiple chapters, dozen of stages, hundreds of challenges. In addition to that, players will be able to unlock and upgrade extras like weapons, firearms, and explosives.

Netflix Games will also introduce two new games on Tuesday. These are namely “Shatter Remastered” and “This is a True Story”. The former comes from PikPok and it’s a retro-inspired brick-breaking game. The latter comes from Frosty Pop and is a narrative educational / RPG that shares a true story of a sub-Saharan African woman’s daily struggle to get water for her family.

Other games currently available in Netflix Games are:

Netflix is investing in its gaming business for, hopefully, a future with better titles and more than mobile games. Curiously, the company has been raising its prices in some markets at the same time it tries to get profit from users sharing passwords.

Previous Life Threatening Data Leaks in Russia: Yandex.ru Users Might Be At Risk

Next Nothing phone (1) announced: to come with Snapdragon CPU and Nothing OS