A new report shows that the Galaxy A-series smartphones were the most in-demand Samsung phones last year. In the fourth quarter of 2021, mid-range phones account for 59% of Samsung’s smartphone sales according to Counterpoint Research. This report comes just days before the Galaxy A53 and A73 launch. Samsung’s Galaxy A-series phones accounted for the majority of its smartphone sales last year, according to a new report from Counterpoint Research, highlighting growing demand for the company’s mid-range offerings. 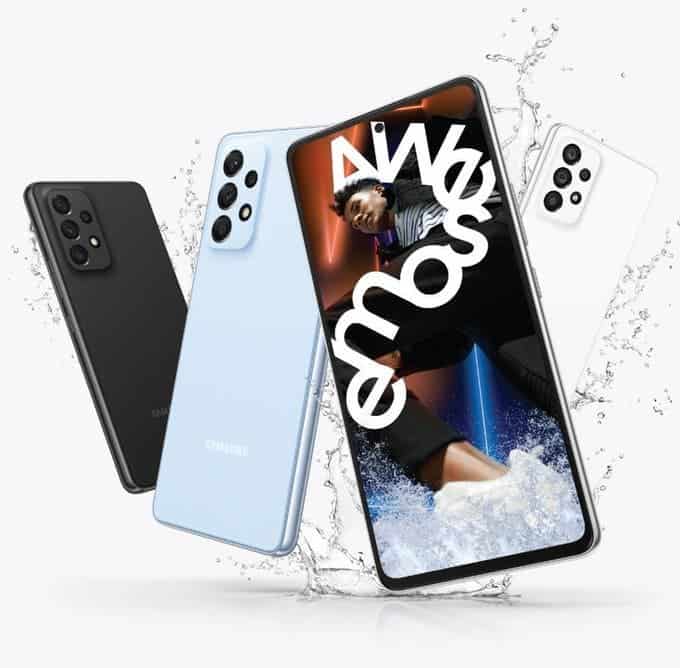 According to Counterpoint Research, throughout 2021, Samsung Galaxy A devices will account for 58% of Samsung’s smartphone sales. According to its global phone model sales tracker, 59% of Samsung devices sold in the fourth quarter of 2021 were Galaxy A models. The mid-range lineup accounts for 56% of its sales in the first quarter, 60% in the second quarter, and 57% in the third quarter. This indicates that there is a strong demand for many cheap Samsung phones.

“The mid-range Samsung Galaxy A series has been a major player in the entire Samsung smartphone portfolio over the past few years,” said Liz Lee, a senior analyst at Counterpoint.

Liz Lee noted that mid-range devices will account for nearly two-thirds of all Samsung smartphone sales in 2021, including the Galaxy A31 and Galaxy A32 devices.

“These devices enjoy the broad global appeal and perform well in different markets such as North America, Western and Eastern Europe, and Latin America and the Middle East,” added Liz Lee.

The report is in line with an earlier report…the Galaxy A12 will be the world’s best-selling Android smartphone in 2021. That means the phone accounts for 2.0% of total smartphone sales last year.

Samsung is developing a new under-screen camera solution for Apple

According to TheElec, Samsung shows that it is currently developing new under-screen camera technology for Apple. This technology can hide the Face ID part under the screen panel of the next-generation iPhone. Samsung Display’s technology is expected to be applied first to Samsung Electronics’ foldable phones next year. Of course, these foldable smartphones should be the Samsung Galaxy Z Fold 4 and Z Flip 4. After these devices, the flagship Pro and Pro Max categories of the iPhone 15 series.

Apple plans to use a punch-hole screen and an under-screen Face ID design on the iPhone 15 Pro model. As we all know, Apple currently installs various sensors in the “notch” at the top of the iPhone. These include the TrueDepth camera for Face ID. The new under-screen Face ID can hide the sensor when the owner is not using it. It will only be observable when the user needs it to achieve better visual effects.

Next ZTE wins! Probation ends as US Judges rules in favor of the Chinese brand