Ulefone launched the Power Armor 14 last year and the phone stood out among an array of rugged phones. With an amazing 10,000mAh battery it can easily last for a few days. For those, who work on construction sites and spend lots of time outdoors, this is exactly the phone they’ve been looking for. So you can see why this phone was a great hit and why Ulefone continues to crank out new versions of it this year.

First look at the rugged beast

This video shows the Ulefone Power Armor 14 Pro unboxing, and introduces the phone’s design and important specs. What’s in the box? There’s a brand-new Power Armor 14 Pro, charger, data cable, tempered glass screen protector, SIM needle, wrist lanyard and a user manual. And how does it look? On the front of the Power Armor 14 Pro you’ll find a large 6.52-inch IPS LCD display, with a resolution of 1600×720 pixels. And a 16MP selfie camera situated in a punch-hole cutout. A 3.5mm audio jack is placed on the top edge and a Type-c charging port sit on the bottom edge. On the left side of the phone is the dual slots for SIM and microSD card, and the custom key to set shortcuts as you like. On the right side is the volume rocker and the power button with an integrated fingerprint sensor.

Besides that, it sports the high-res 20MP triple rear camera powered by AI for solid shots and the headset-free FM radio for convenience. And what are the exact differences with the Power Armor 14? The Power Armor 14 Pro for starters comes equipped with the Android 12 operating system. Which has very big visual redesign from colors to the shapes, light and motion. It is also powered by an octa-core MediaTek Helio G85 processor with up to 2.0GHz GPU frequency for improved gaming performance. And paired with 6GB RAM and 128GB built-in storage too. 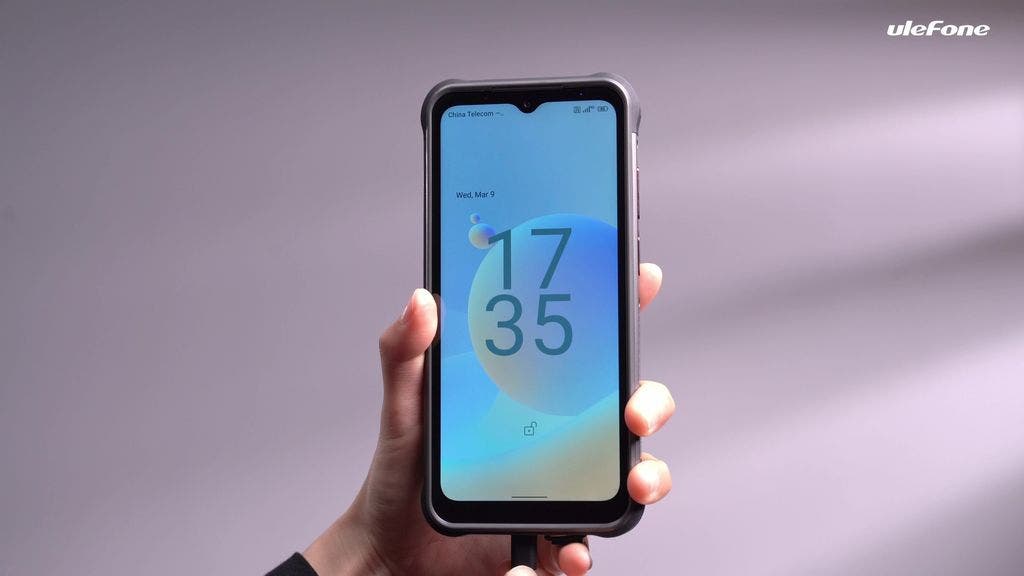 Looking at the battery specs of the Ulefone Power Armor 14 Pro, the phone still has a huge 10,000mAh battery enjoyed by its predecessor. With 18W Type-c fast charging, and 15 wireless charging too. In the battery test with phone playing a video continuously over Wi-Fi, it lasted for nearly 25 hours before running of power. That’s quite impressive.

In terms of durability, the smartphone is solidly built with high-grade robust plastic body and metal frames, alongside rubberized corners. And the scratch-resistant Corning Gorilla Glass for its screen for ultimate protection. The phone is also IP68 and IP69K rated and has the MIL-STD-810G certifications, so it is drop-proof and resistant to water, dust, sand, dirt. And almost anything you can think of. According to Ulefone, the Power Armor 14 Pro is droop tested up to 1.5m onto concrete paving. And is also waterproof to a depth of 1.5m for up to 30 minutes. In others test it did all that and even better than expected. 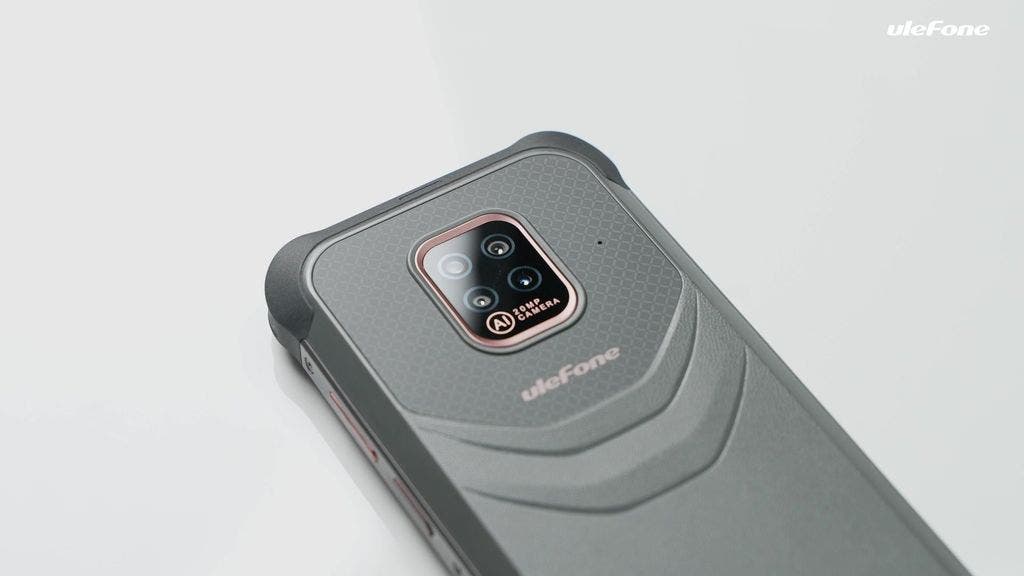 In conclusion, the new flagship from Ulefone deserves a very positive response from buyers for sure. Just as the Power Armor 14 did. With an affordable price and an impressive spec sheet for a rugged smartphone, it’s quite a steal. If you want a durable rugged phone with long battery life and great performance, the Ulefone Power Armor 14 Pro is the device to go for . Ulefone is also currently offering discounts on this new phone. And you can now order the Ulefone Power Armor 14 Pro for only $199.99 on Aliexpress. The discounts will end on March 28th. Don’t miss out on it! More information is of course also available on the official Ulefone website too.

Next Mi 10S with Snapdragon 870 has been discontinued by Xiaomi