Honor got free from Huawei ties and, consequently, got free from the multiple sanctions applied against it with the US ban. The company now acts independently and is free to unleash its own smartphones with 5G and Google Play Services among other things. The company also revamped the range of Honor laptops and is constantly bringing new laptops to the market. Today, the company is presenting the Honor MagicBook X 14 and X 15 laptops. These devices come a long time after the launch of the Honor MagicBook 15. The X14 has previously passed through an Amazon listing, now the listing has confirmed the X15. So without further ado, let’s see what these devices have in tow.

The laptop has a 56 Whr battery, which lasts up to 13.2 hours on a single charge. For charging, the laptop supports a 65 W Type-C Fast Charger. In terms of port options, you get a USB 3.0 Gen 1, USB 2.0, USB Type C, and HDMI with a 3.5 mm headphone jack. Other features include Bluetooth 5.0, a fingerprint scanner, a cooling fan, a backlit keyboard, a pop-up camera, and a metal body design. 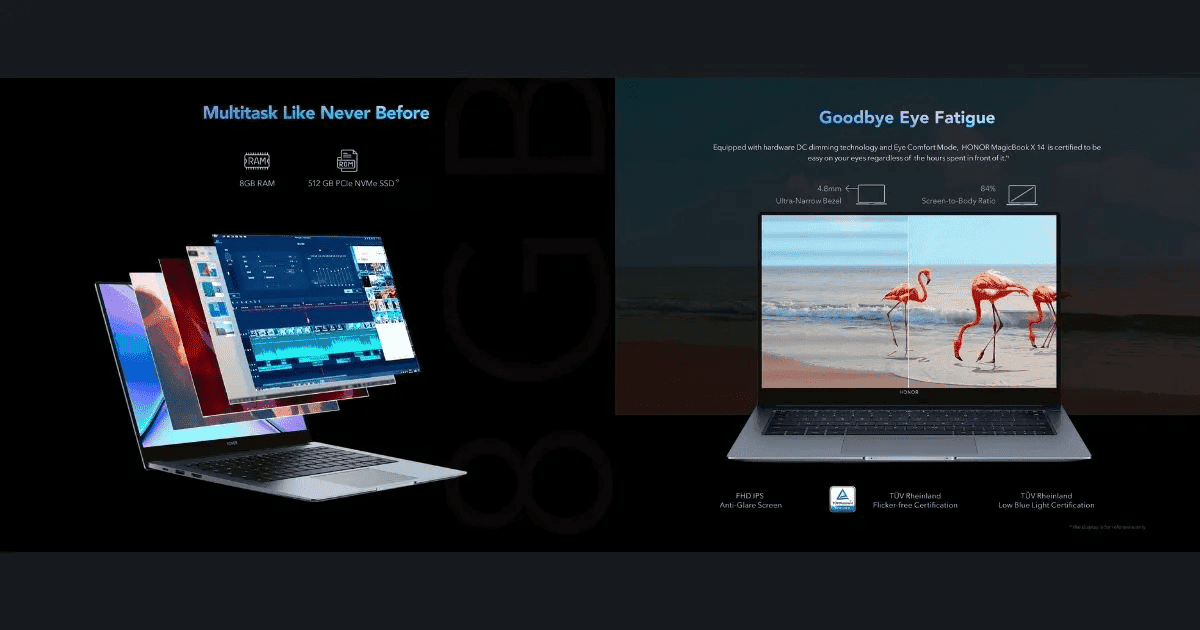 The Honor MagicBook X 15 flaunts a 15.6-inch Full HD IPS screen with an 87 percent screen-to-body ratio, 16:9 aspect ratio, TUV Rheinland flicker-free, and low blue light certification. In India, the laptop will come in a single configuration with an Intel Core i3 CPU. That’s a strange decision, to give the weaker CPU to the model with a larger display. If you want the performance of the i5 you’ll need the smaller display. Anyway, the X 15 comes with 8 GB of RAM and 512 GB of SSD storage.

The laptop draws its powers 42 Wh battery with support for 65 W Type-C fast charging. The laptop weighs around 1.56 Kg and measures 16.9 mm. The rest of the specifications are identical to the Honor Magicbook X 14. 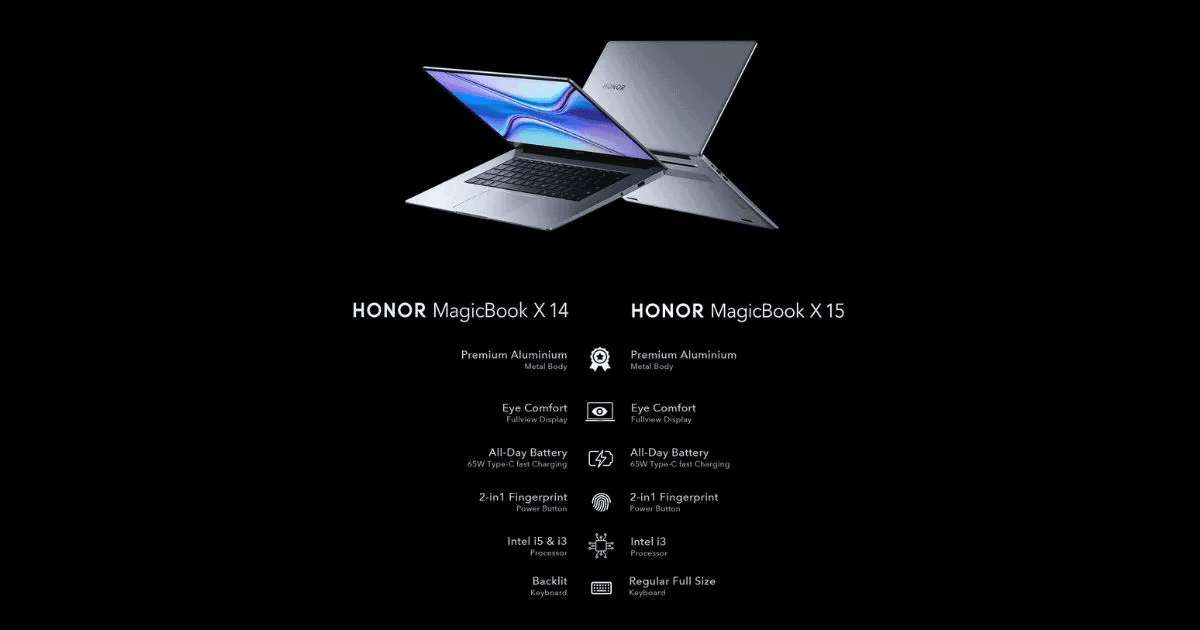 The new laptops will hit Amazon India on April 6. However, the company is yet to disclose pricing details. Worth noting that Honor has an event scheduled for March 29. During the event, it will introduce a couple of Honor smartphones. We expect the global debut of devices such as Honor Magic V and the Honor Magic 4 series

Previous BigBlue 28W solar charger up for grabs for just $59.99

Next Realme C31 launched with Unisoc chip and large display