NVIDIA is one of the most, if not the most, relevant GPU manufacturers in the world right now. Of course, the company has a strong competitor such as AMD. But even so, its NVIDIA RTX series are among the most desired graphics cards in the world. So, it’s natural for technology enthusiasts to be following news in NVIDIA’s regard. A new report suggests a change that may play a big role in the company’s strategy. According to recent reports, NVIDIA’s future GPUs might be manufactured by a company that almost stands as a competitor – Intel. The first words were revealed by NVIDIA’s Chief Executive. Therefore, this is something very possible to happen. The declaration suggests that both companies are negotiating.

NVIDIA and Intel can build a solid partnership

After the announcement, Intel Chief Pat Gelsinger has also echoed Huang’s statement. It suggests that the two companies are most likely at an advanced stage of collaboration. This is quite interesting, after all, Intel is expected to bring its consumer GPUs to the market in the next few years. It has been at work to build this for a while. NVIDIA, on the other hand, is one of the biggest names in the GPU industry.

If Intel wants to get success in the category, NVIDIA will certainly be a rival to be beaten. However, we may not see much competition if Intel produces future NVIDIA chips. Perhaps, the two companies will keep exchanging notes here and there in the future. 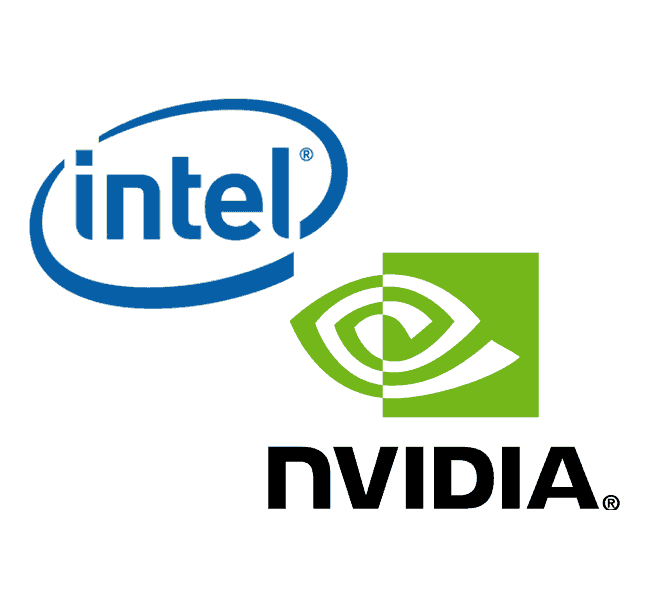 The statement highlights the level of non-disclosure arguments and fine lines that are toed among these companies, for an essential reason. While each of them, such as NVIDIA, Intel, or even AMD, will want their hardware to succeed over the others. The user experience for consumers needs to be uniform. As a result, most tech majors have a fair amount of collaboration with each other to build products according to common industry-wide standards.

We may see a sort of Samsung and Apple-like collaboration

Such collaboration between NVIDIA and Intel will be similar to what Apple and Samsung usually have. Samsung and Apple are, maybe, the biggest rivals in the smartphone segment. However, Samsung has been manufacturing displays and other technologies for Apple iPhones for years. Perhaps, we’ll see a similar situation happening with Intel and NVIDIA. Intel Foundries can even work as a separate arm of Intel.

NVIDIA has been aiming high in recent years. The company was even in an attempt to acquire ARM – the company that basically dictates the world of mobile CPUs with its core designs. But the deal seems to be impossible right now.