Almost a year ago, Google announced that it is working with BMW and other major auto car makers to develop a digital key that will let car owners lock, unlock and start a vehicle from their Android smartphone. At that time, Google’s announcement caused a stir on the net. But only select users understood that once it’s available through Android 12, many smartphone makers will make adjustments and use this feature to outrun their competitors. For instance, today, Honor Mobile officially announced that it had reached interconnection cooperation with Lili Auto.

As Honor Mobile reports, the owner of the car can now use a mobile phone running Magic UI 6.0, such as the Honor Magic4 series, to achieve sensorless unlocking. When bringing your mobile phone close to the car, you can pull the door handle to automatically unlock it. Moreover, you can press the brake pedal to automatically start. And of course, when you step away, the door will lock. 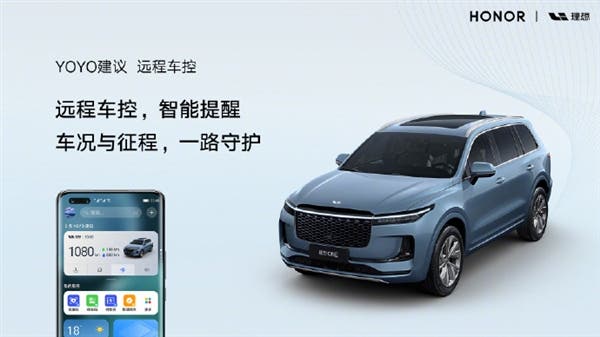 As for the Honor mobile phones that support this feature, we said that they should run Magic UI 6.0. There are some models running on this version of the company’s software. Among them, we can mention the Honor Magic 4 series, Magic 3 series, Honor 50 series, etc. But many other models will get their own portion of the Magic UI 6.0 update in the near future.

Not Only Honor Mobile Phones Support This Feature

The digital key introduced by Google is one of the highlights coming our way from Android 12. The first models that got this feature were some Pixel and Samsung Galaxy phones. It uses the so-called Ultra-Wideband (UWB) technology. It’s a special form of radio transmission. Due to it, the sensor is capable of telling the direction of the signal.  So the antenna in the phone can locate and identify objects equipped with UWB transmitters. It allows Android 12 users to lock and unlock their vehicle without taking their phone out.

However, Android is not the only platform that offers keyless access to cars. In 2020, Apple allowed users to add a digital car key to their iPhone or Apple Watch.

Previous Team Spirit: "Russia's Pride" abandons the country due to the war

Next Huawei Mate 50 series finally gets a launch schedule