Xiaomi unveiled its Xiaomi 12 series last year in China, and this month brought the smartphones to global markets. The Xiaomi 12 series are quite expensive and have nothing to do with the old Xiaomi Mi phones of the past that were more affordable. However, the company is aware of the fact that not everyone is paying so much for a flagship. As a result, it brought the Xiaomi 12X as a more “cost-effective” version of the smartphone. It also knows that the Xiaomi 12X may not be cheaper enough for some users, and therefore, it’s bringing a Xiaomi 12 Lite. The device will allow users to enter the Xiaomi 12 family without paying so much. The device has just passed through the Geekbench benchmark which suggests an imminent release.

The Xiaomi 12 passed through the Geekbench benchmark with model number 2203129G. The device passed through the popular benchmarking platform with the Qualcomm Snapdragon 778G chipset. To those unaware, this chipset is closely related to the flagship segment in terms of performance. It brings 1 x  ARM Cortex-A78 clock clocked at up to 2.4 GHz, three ARM Cortex-A78 cores clocked at up to 2.2 GHz, and 4 x ARM Cortex-A55 cores clocked at up to 1.9 GHz. The device runs with an Adreno 642L GPU which is enough to handle popular games without much trouble. In addition to the chipset, the Geekbench benchmark also confirms there is a variant with 8 GB of RAM. 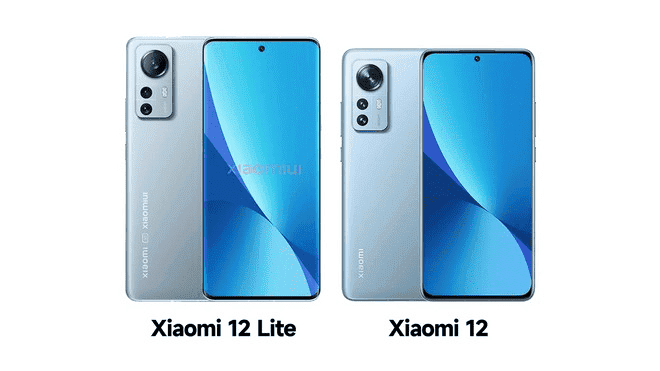 The results of the benchmark are in line with what other Snapdragon 778G phones are bearing. For instance, the phone scores 778 points in the single department. Moreover, there is a 2,864 score in the multi-core department. The phone runs on Android 12 straight out of the box which is hardly a surprise. The phone also runs MIUI 13 on top of the software.

Curiously, the Snapdragon 778G uses the same chipset as the Xiaomi 11 Lite NE 5G. So, there won’t be significant upgrades in terms of performance. However, other aspects of the smartphone will likely see an upgrade. According to rumors, the Xiaomi 12 Lite will bring an AMOLED display with a Full HD+ resolution of 2,400 x 1,080 pixels and a 120 Hz refresh rate. The phone also has a triple-rear camera setup including a Samsung ISOCELL GW3 primary sensor.

We can also expect a battery with at least 4,500 mAh and up to 5,000 mAh with 67W fast-charging. Xiaomi already has a 120 W charging, but we don’t think that will come with the Lite variant.

Worth noting that the Xiaomi 12 Lite won’t be released in China. However, the Xiaomi Civi 2 may fill the gap left by this device.

Previous Huawei rolls out EMUI 12 update to the P30 smartphones