Honor is definitively on a roll. After a slow start, the company is now actively bringing smartphones to the various segments in the market. Apparently, Honor is running to recover the time lost under Huawei’s wings. To put things in perspective, Honor has launched a mid-range device dubbed Honor X8 earlier this month in Saudi Arabia. The device was a mid-range handset powered by the Snapdragon 680. Not even a month has passed, and the company already has a sequel. Today, Honor is unveiling the Honor X9 in Malaysia, and the device certainly is a better offering.

The Honor X9 packs the Qualcomm Snapdragon 695 5G SoC that we’ve been seeing on a multitude of 5G mid-range smartphones recently. This is a decent platform with two ARM Cortex-A78 cores clocked at up to 2.2 GHz and six ARM Cortex-A55 cores clocked at up to 1.7 GHz. It brings an Adreno 619 which is still modest when compared to higher offerings on the Snapdragon series. Anyway, it gets the job done. The processor has a 6 nm manufacturing ensuring good energy efficiency. The phone has up to 8 GB of RAM with 128 GB of Internal Storage.

These specifications come underneath a massive 6.81-inch Display with 120 Hz resolution, however, as a mid-range this is an IPS LCD screen. The resolution is Full HD+ with 2,388 x 1,080 pixels. For selfies and video calls, the phone boasts a 16 MP front-facing shooter. The back panel brings a 48 MP main camera to the game. There are two snappers for macro and depth-sensing with just 2 MP. 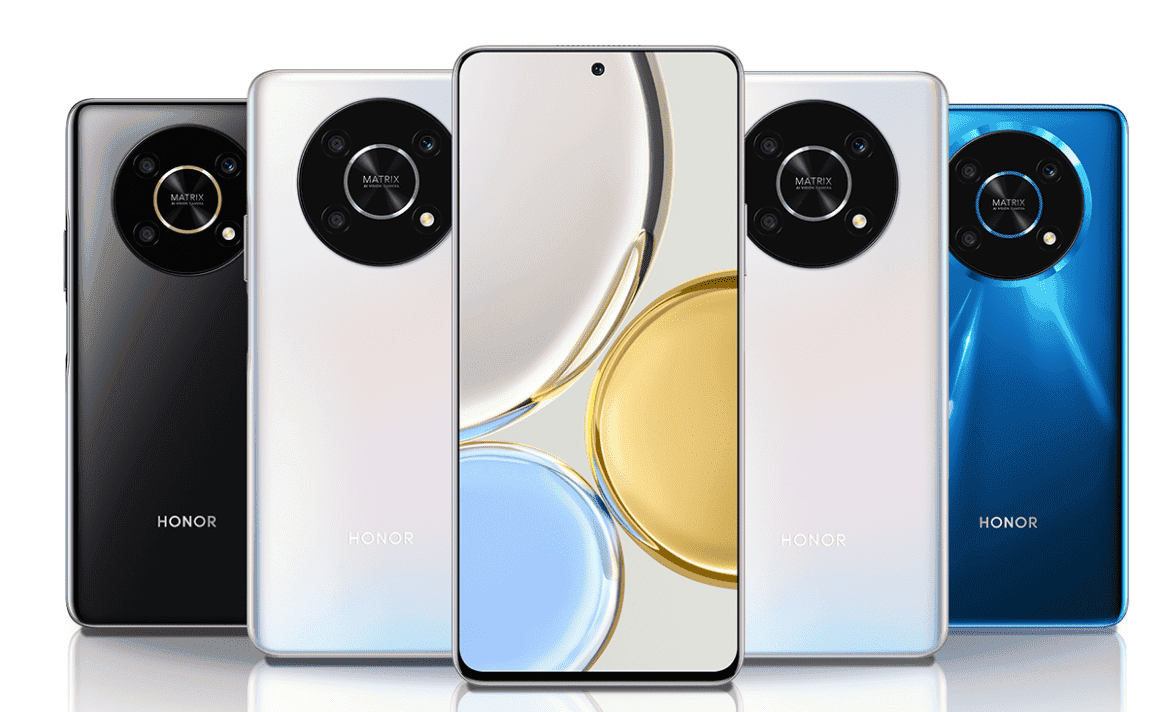 The phone draws its powers from a 4,800 mAh battery complete with 66 W fast-charging. In terms of software, the phone disappointingly runs Android 11 OS with Magic UI 4.2 on top. We can only hope that an update with Android 12 won’t take several months. The phone has a side-mounted fingerprint scanner for biometric authentication. It also has Wi-Fi 5, Bluetooth 5.1, and a USB Type-C port.

Honor X9 to hit global markets alongside the X8

The Honor X9 comes in Midnight Black, Titanium Silver, and Ocean Blue. For now, the phone is only available in Malaysia, but there are rumors about its global availability. At the same time, the company is rumored to bring the Honor X7 to global markets as well. We are curious to see how will be Honor’s strategy with these two handsets.

Honor has a lot of devices to bring to global markets in the next few months. After a shy global performance in 2021 with just a few releases, we expect the Chinese brand to bring more devices this year. After all, it already kicked the doors to the western kingdoms with the Honor Magic 4 series.