Vivo is expected to disclose a bunch of new products in the Chinese market. Following, OnePlus, Realme, and Oppo, it’s the time for the last sister in BBK group to make its move at the domestic market. The company already confirmed the launch of many products in April. The rumor mill has been cycling with many details about the upcoming Vivo products. We already have a confirmation of a new foldable smartphone, the brand’s first tablet, and a new smartphone that will succeed in the NEX series. We already got a couple of details about the Vivo X Fold as well as the Vivo Pad. Now, further details have emerged about the three most exciting products. A leaked poster emerged from Weibo with new details. It confirms the launch date for April 11, and also reveals the RAM / Storage configurations coming with the new premium devices.

The rumors have been saying about an event in April, but at the same time, we’ve been hearing multiple reports about a March 28 launch. The leak, make us believe that Vivo will be waiting until next month to disclose its new products. Hence, it’s better to not hold our breath for tomorrow’s event anymore. The leak confirms that the Vivo X Fold will come in two variants – 12 GB of RAM with 256 GB of Internal Storage, and 12 GB of RAM with 512 GB Storage. Just looking at these configurations, we can easily see that this handset is for the premium segment. In fact, foldable smartphones are still not very accessible for the big majority of smartphone users. Anyway, the device will come in Blue, Crimson, and Orange colorways. 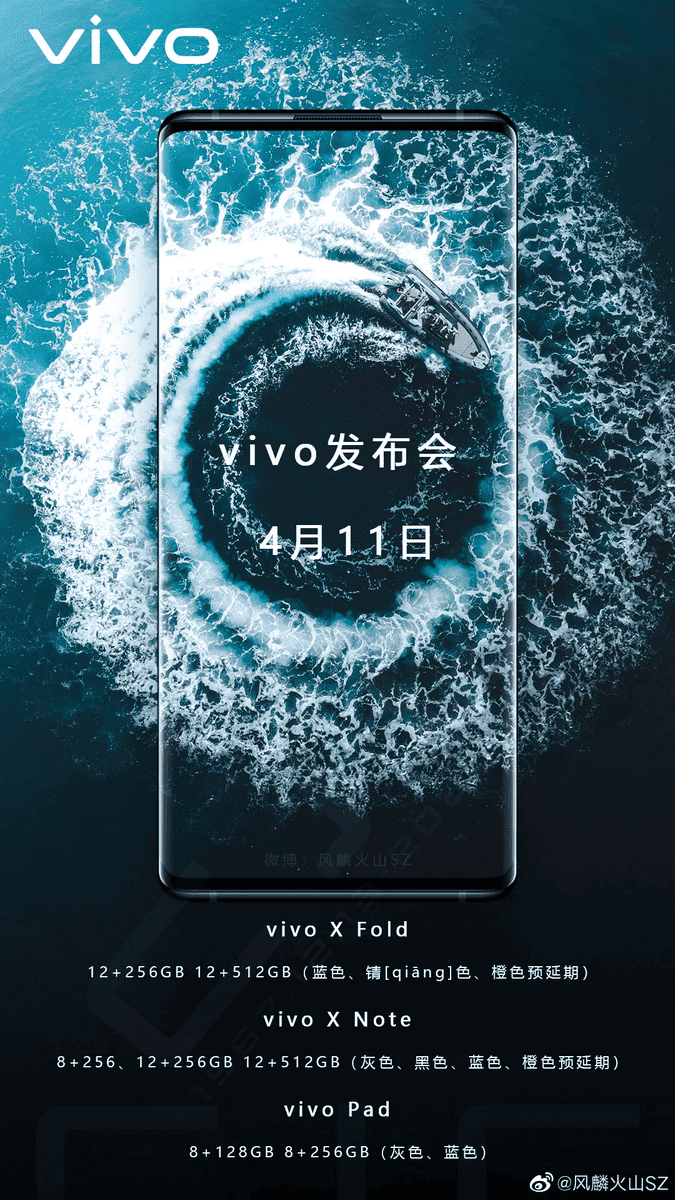 Going to the Vivo X Note, it’s a new premium lineup of Vivo smartphones. As per the rumors, it’s replacing the NEX series. The device will have three distinct configurations. The base model has 8 GB of RAM with 256 GB storage. The mid-tier variant has 12 GB of RAM with 256 GB of Storage. Finally, we have the high-tier version that comes with 12 GB of RAM and 512 GB of Internal Storage. The device will bring Gray, Black, and Blue colorways. There will also be an Orange variant, in the best Vivo X70 series style. However, it won’t come at the April 11 launch. We assume that Vivo will bring it as a special edition at a later date. 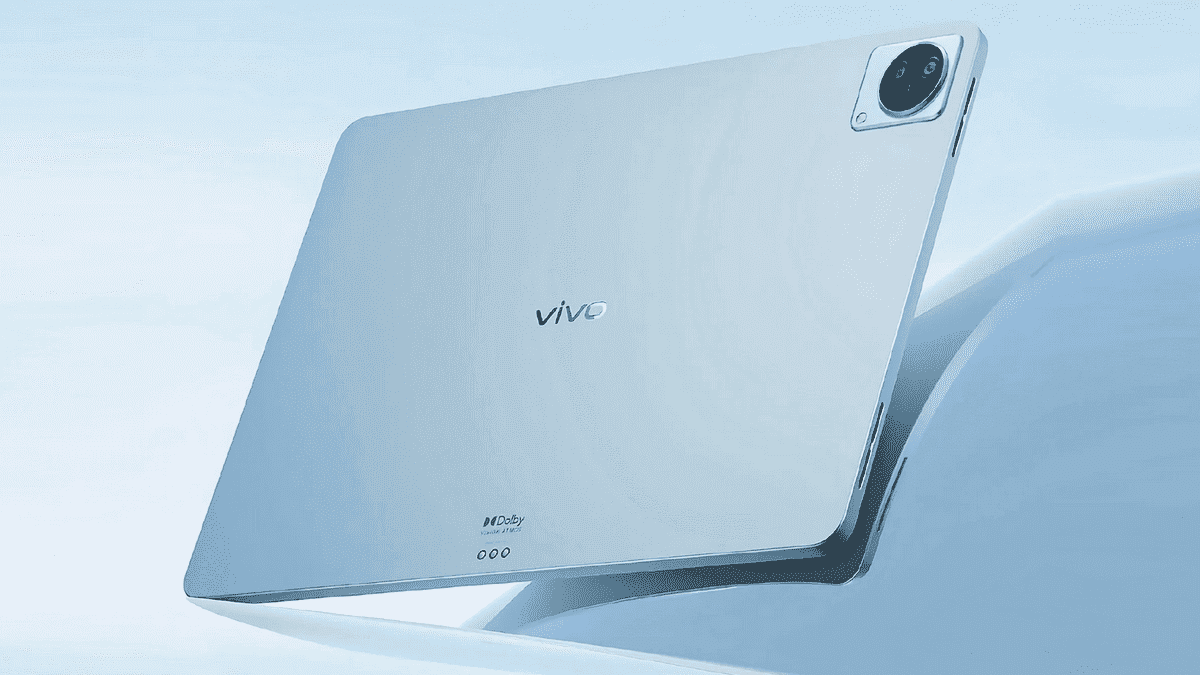 The final device to have its details revealed is the Vivo Pad. Vivo’s very first tablet will be a massive 11-inch device with Qualcomm Snapdragon 870 SoC. The processor will be paired with 8 GB of RAM and 128 GB of Internal Storage. However, there will also be a costlier version with 256 GB of Storage. The device comes in Gray and Blue colorways. We already saw the Blue colorway, thanks to a set of official images from Vivo itself.

Previous How to boot Android 12L on your x86 PC, Now it's possible!