The M1 chip-powered Apple iPad Air tablet is finally available in Malaysia in multiple color options, carrying a reasonable price tag. Last month, Apple launched the fifth-generation iPad Air with the powerful M1 chip. Now, the mid-range tablet is up for grabs on the company’s online store in Malaysia. The latest fifth-gen model offers an impressive array of features and decent specs without emptying your pocket. 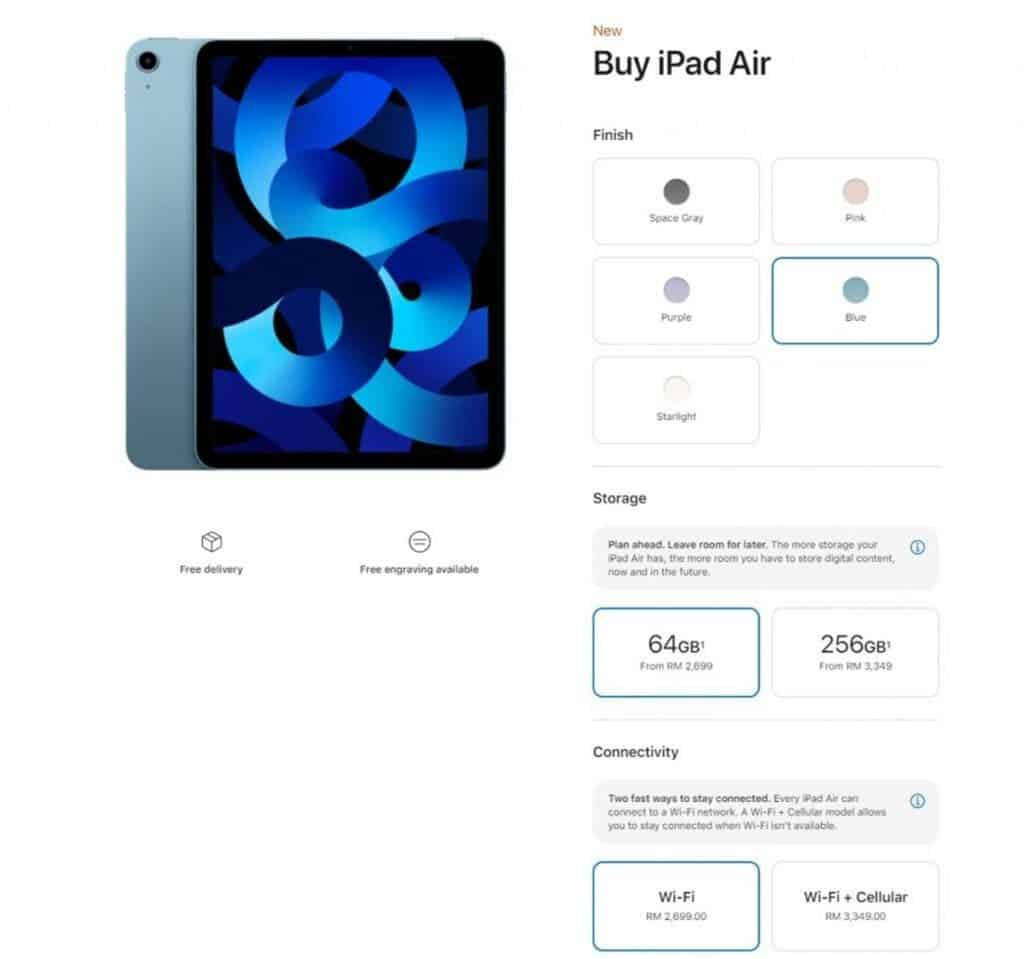 Furthermore, you can choose between five eye-catching color options including Blue, Purple, Starlight, Pink, and Space Gray. To recall, Apple launched the iPad Air Purple color variant alongside the iPhone 13 Green color option last month. Moreover, the store listing suggests that the tablet will start shipping on April 21, 2022. Notably, this will be the first time the iPad Air Cellular version will support 5G connectivity. Aside from this, the new iPad Air sports a 10.9-inch Liquid Retina display with 2360×1640 pixels resolution.

Furthermore, the screen delivers a peak brightness of 500 nits. Under the hood, the tablet packs an M1 chip with an 8-core GPU and 8-core CPU. This processor is further paired with 8GB of RAM, and it offers 64GB / 256GB onboard storage capacity like its predecessor. In the photography department, the tablet houses a 12MP main camera on the back. Upfront, it features a 12MP Ultra wide shooter for selfies and video calling. The front shooter has the new center stage feature from Apple. 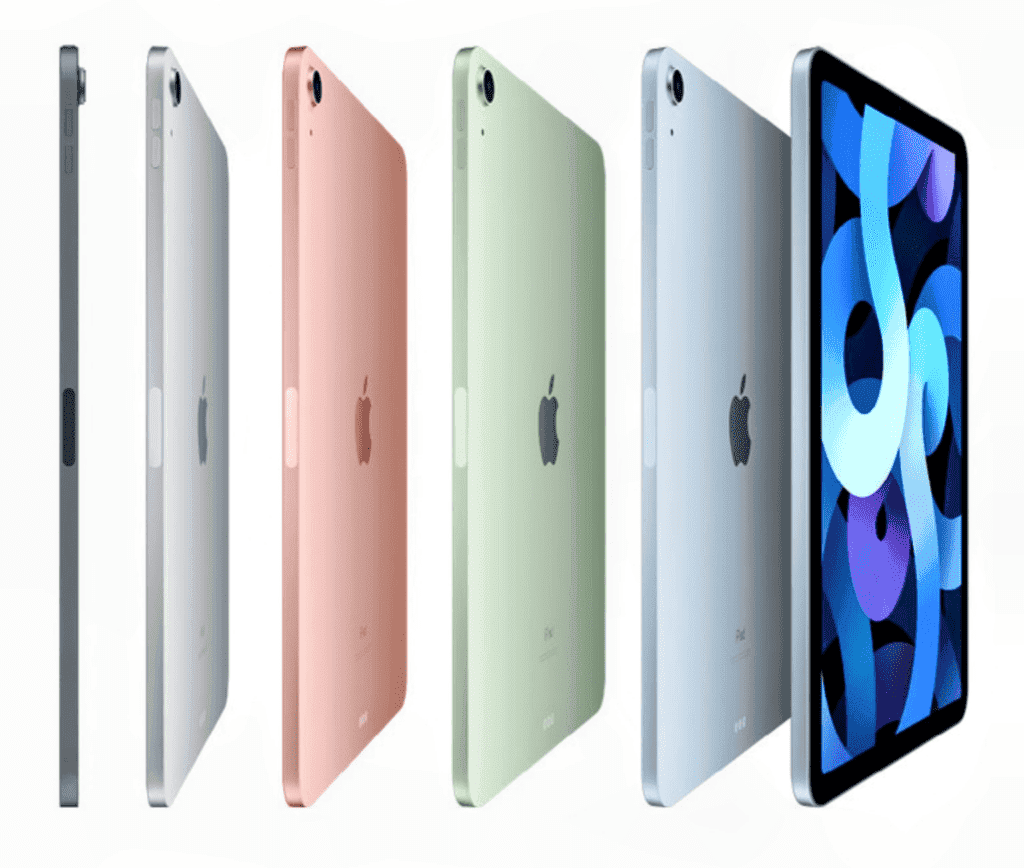 Just like its precursor, the new iPad Air features a dual speaker stereo setup in landscape mode. Aside from this, the iPad Air has a Touch ID while the feature is unavailable on the iPad Pro. The power button doubles up as the Touch ID. For connectivity, the tablet supports 5G, Bluetooth 5.0, and 802.11ax WiFI 6 for the cellular model. As if that weren’t enough, the new tablet has a faster USB-C port which delivers USB 3.1 Gen 2 speeds. Apple will ship the 20W USB-C power adapter in the box for a fast charging experience.

The iPad Air delivers video playback of up to 10 hours on WiFi. Likewise, you get up to 9 hours if you are using mobile data.