The Samsung Galaxy A33 5G smartphone’s price in India, storage configurations, and other key details have been officially revealed. Earlier this month, Samsung unveiled a new smartphone dubbed the Galaxy A33 5G under its Galaxy A-series for the Indian market. Past leaks suggested that the South Korean tech behemoth will launch the handset at its A-series Event on March 29 this year. Now, details about the Samsung Galaxy A33 5G phone’s price in India have been officially confirmed.

The recently-unveiled mid-range smartphone offers sufficiently good features and decent specs. For instance, it comes with an AMOLED display that offers a Full HD+ resolution and a 90Hz refresh rate. For optics, the phone has a quad-camera setup on the back. Furthermore, it packs a highly competent Exynos 1280 processor, and a 5,000mAh battery, like its bigger sibling, the Galaxy A53 5G. Aside from this, the phone houses a 48MP rear-mounted camera with OIS support, and a 13MP front shooter. The Galaxy A33 5G boots the latest version of Android OS, Android 12. Moreover, Samsung will be offering three years of Android OS updates.

The Galaxy A33 5G is a feature-laden handset that sports a 6.4-inch AMOLED Infinity-U screen with Full HD+ resolution and a 90Hz refresh rate. Furthermore, the display has a layer of Corning Gorilla Glass 5 on top for additional protection. The phone packs an octa-core Exynos 1280 processor under the hood, Aside from this, it comes with a Mali G68 GPU. It runs Android 12 OS with OneUI 4.1 on top. A robust 5,000mAh battery unit will be powering up the entire system. Moreover, this cell supports 25W fast charging. In the photography department, the mid-range Galaxy phone houses four rear-mounted cameras. 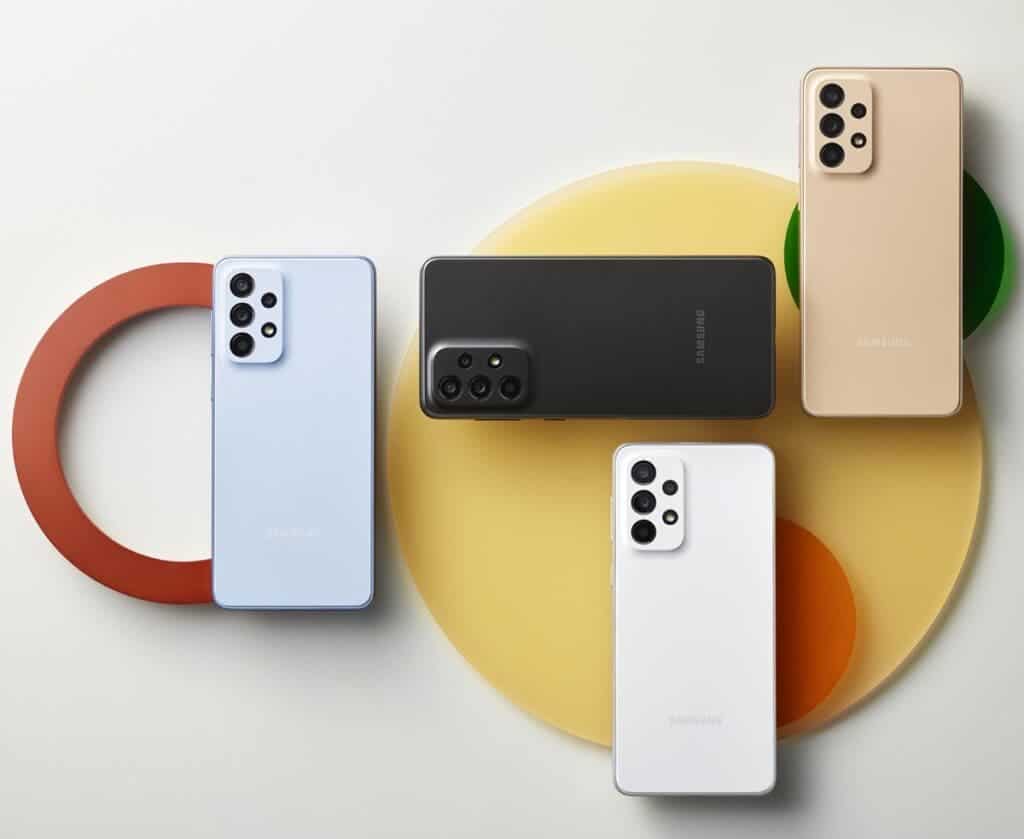 The camera module on the back features a 48MP main camera with OIS. In addition to that, there’s an 8MP ultra-wide-angle camera, a 5MP macro camera, and a 2MP depth camera. Upfront, the phone has a 13MP shooter that captures selfies and video calling. Other notable features include an in-display fingerprint scanner and a stereo speaker setup that supports Dolby Atmos and AKG sound. Also, the handset has a Type-C charging port. On the downside, Samsung has eliminated the 3.5mm audio jack. Nevertheless, you get to choose between four appealing color options, including White, Peach, Blue, and Black.