Samsung is one of the companies that promotes the idea of ​​”green” policy, striving to make the production of their devices safer for the environment. Measures to be taken include the reduction of air emissions; the use of renewable energy and the use of recycled materials. The company plans to even more actively use recycled materials in the repair of smartphones.

In particular, before the end of the first half of the year, Samsung plans to launch a program under which it will begin to certify spare parts made using recycled materials. With this step, the company will “kill two birds with one stone”. It will reduce the cost of repairs and reduce the negative impact on the environment.

Experts have already calculated that the use of such materials to replace the display on a mobile device will halve the cost of repair work. In order to make customers more willing to install such parts; Samsung will implement a strict quality control procedure to ensure that they are as good as new parts.

Recall that, starting from the summer of 2021; Samsung is actively promoting the idea of ​​​​using recycled materials in the manufacture of devices. For example, plastic obtained from the processing of fishing nets has found its way into the Galaxy S22 series smartphones; and Galaxy Book 2 Pro laptops. 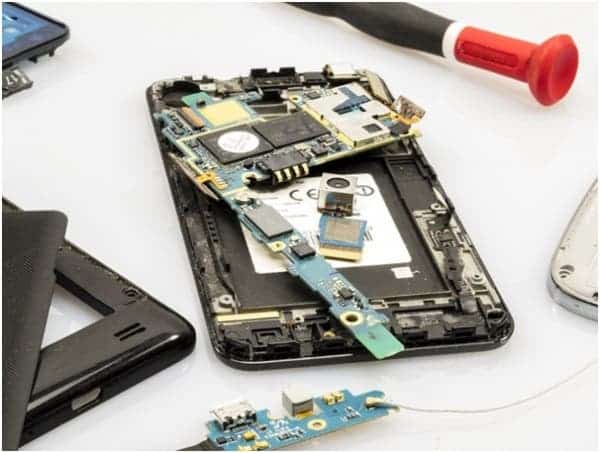 Samsung Electronics will prepare a detailed quarterly report by April 28; but for now the company has shared the first results of the completed three-month period. Operating profit in the first quarter rose by 50% to $11.6 billion, well above analysts’ expectations. Revenue rose 18% to $63 billion, also better than expected.

Memory prices were higher than expected in the first quarter as manufacturers held back production volumes, sometimes unwittingly, and demand for memory chips in the server segment was strong. According to Counterpoint Research, in the first quarter, Samsung managed to increase its shipments of smartphones by 11% year-on-year, to 72 million units. A slight delay in the announcement of the flagship model Galaxy S22 shifted demand to the second half of the first quarter. In the first week after the debut at the end of February, smartphones of this model found 50% more buyers than the Galaxy S21 in a comparable period of the life cycle.

By the end of March, according to analysts, Samsung managed to sell just over 6 million Galaxy S22 smartphones. This is in line with early predictions. In the US market, in the first three weeks after the announcement; the Galaxy S22 turned out to be 60% more popular than its predecessor.