Surely, almost everyone has been in a situation where you need to charge several devices at once, and there is only one outlet. How to deal with this case? Apple will have a solution – get a special charger.

Earlier, 9to5mac reported that Apple is working on a 35W charger, which should be released this year. Its power should be enough to charge iPhone, iPad and MacBook. In addition to fast charging, its feature will be the presence of two USB Type-C connectors. Those. if desired, it will be possible to connect two devices to one power supply at once. Thanks to the ChargerLAB, we can get a glimpse of what it will be like.

We see a cube-shaped charger with two USB-C connectors located close to each other horizontally. And they also offered a folding plug that allows you to conveniently store and transport the charging adapter. Noteworthy is the presence of notches on the sides for easy grip with fingers.

Apple’s new charger will reportedly use gallium nitride (GaN) technology to make it lightweight, compact and energy efficient compared to silicon-based adapters. How quickly Dual USB-C will allow you to charge two gadgets at the same time is a big question. Indeed, with the simultaneous operation of both ports, the power will be distributed between both devices. In any case, the power that the adapter will give out should be enough for the simultaneous “refueling” of the iPad and Apple Watch or iPhone and a smartwatch. 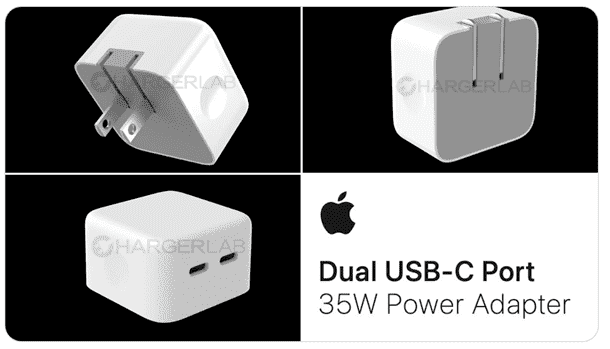 According to a recent report, Xiaomi will soon launch a smartphone with 150W fast charging. Leading the peloton in the milliamp race is Realme with its GT Neo 3, which offers 150W charging. In the case of Xiaomi, there is no commercial device in its lineup that reaches this milestone in terms of fast charging power. The company has previously boasted of 200W fast charging technology. But until today, it has not reached its commercial implementation.

It is logical that Xiaomi has rushed after one of its main competitors and is preparing its smartphone with 150-watt charging. Well-known network insider @Digital Chat Station reported that the company is working on a device that will offer a capacious battery, 150W charging and a new platform from Qualcomm. But what kind of model it is, he did not specify.

Naturally, the fans began to wonder what kind of smartphone they could endow with such features. Xiaomi 12 Ultra, Xiaomi Mix 5 and Xiaomi Mix Fold 2 were among the potential contenders

Next Will Google stop naming versions after the Android Z?