High heat is one of the complaints that we hear about Qualcomm‘s latest flagship chips. In the discussions of experts and ordinary users on the topic of “hot” Snapdragon chips, the argument is often heard that the imperfection of Samsung’s technologies makes them overheat. It is the South Korean giant that is producing the same Snapdragon 8 Gen 1, which is actively in criticism for generating a lot of heat.

A number of experts believe that the problem lies in the very architecture of the cores and the boosted frequencies. Among the factors that also negatively affect overheating, experts include such factors as the design of the application processor, peripheral components and manufacturing processes.

Why do flagship chips for Android devices overheat? Here are the reasons 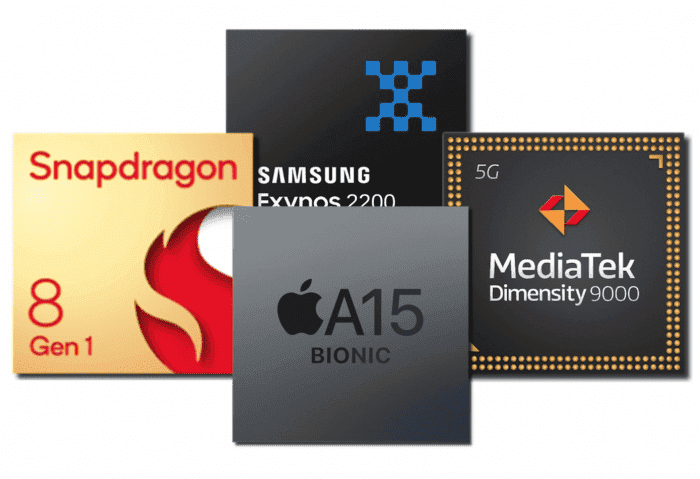 They emphasized that Apple’s chipsets also use the ARM design, but they are more powerful and do not suffer from problems with overheating. Obviously, the reason is in fine and correct optimization for work on specific devices. The company makes chips for itself. Qualcomm and Samsung, for their part, develop chips for smartphones that are produced by various manufacturers. This is just a “blank” that needs to be finalized, properly “processed” and optimized.

Apparently, among the reasons that the same Snapdragon 8 Gen 1 is prone to overheating is the poor work of smartphone makers themselves in fine-tuning and competently tuning chips to work on specific models. They neglect this and use the design without making any changes, they put it as it is.

This opinion has the right to life. But at the same time, it does not explain why the same Dimensity 9000; which uses ARM cores and design, is designed for the needs of different manufacturers; does not have big problems with overheating? Is it better than the Snapdragon 8 Gen 1? We will discover soon.

An insider, known in China under the nickname Digital Chat Station, reported that the Taiwanese company MediaTek is already working on a new overclocked version of the current SoC Dimensity 9000. The need for its release is due to the imminent release of Snapdragon 8 Gen 1+.

The current Dimensity 9000 easily outperforms Snapdragon 8 Gen 1 (in AnTuTu and Geekbench benchmarks); but Qualcomm is preparing a slightly more powerful Snapdragon 8 Gen 1+. And, according to rumors, this SoC could be available as early as May.

Next Realme V23 released: a lot of memory, a capacious battery and Android 12