The market of foldable smartphones is finally gaining traction now that other brands are joining the segment. The latest addition was the Vivo X Fold. However, Samsung still keeps this segment under its belt, especially across global markets, but the other brands are coming to compete. The foldable smartphones may get more popular in the next few years, but we also expect other segments to become stronger. Back in 2020, Oppo presented its first rollable smartphone concept and it was a promising device, even more, interesting than foldable ones. LG was said to be working on a rollable smartphone, but it never saw the light of day. Samsung is also working on a rollable or slidable display device, and today we got more evidence.

We don’t know exactly if the rollable or slidable smartphones are the same things for Samsung. One could be a motorized display that rolls out when necessary. The second might be a new take on the sliding concept used by the Mi Mix 3 series. Only time will tell, but today, patents have been revealed showing what Samsung has in tow for the future. 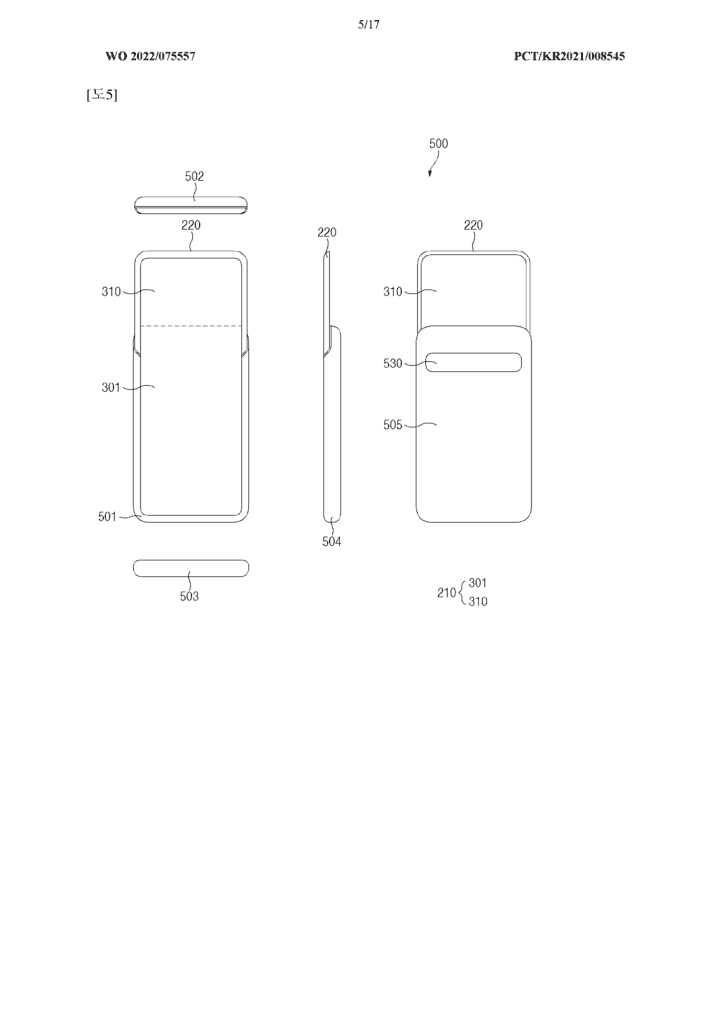 The Korean company has filed a new patent on WIPO (World Intellectual Property Organization Website). Although it clearly shows a device that is in the concept stage, the patent filing is enough to give us some idea of what Samsung is working on. The device in question has a slidable display. The images reveal a unique display design and a sliding mechanism that makes the device vertically bigger. Interestingly enough, there is no selfie camera on the smartphone. Or at least, there is no visible camera. The patent shows no punch-hole or notch, and we assume the camera is still there underneath the panel. 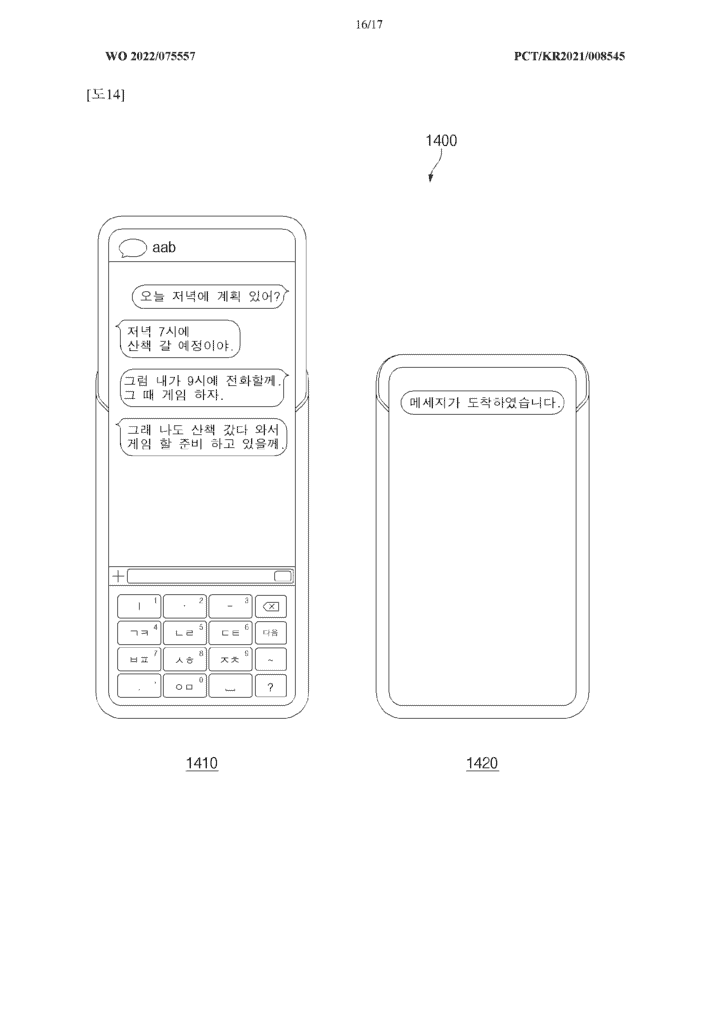 Samsung already proved it has the guts to make under-display cameras with the Galaxy Z Fold 3. We expect the company to keep evolving this technology with the upcoming generations. It’s a matter of time until this tech becomes decent enough to reach the standard flagship series. So promising devices like this concept have strong chances of coming with under-display cameras. 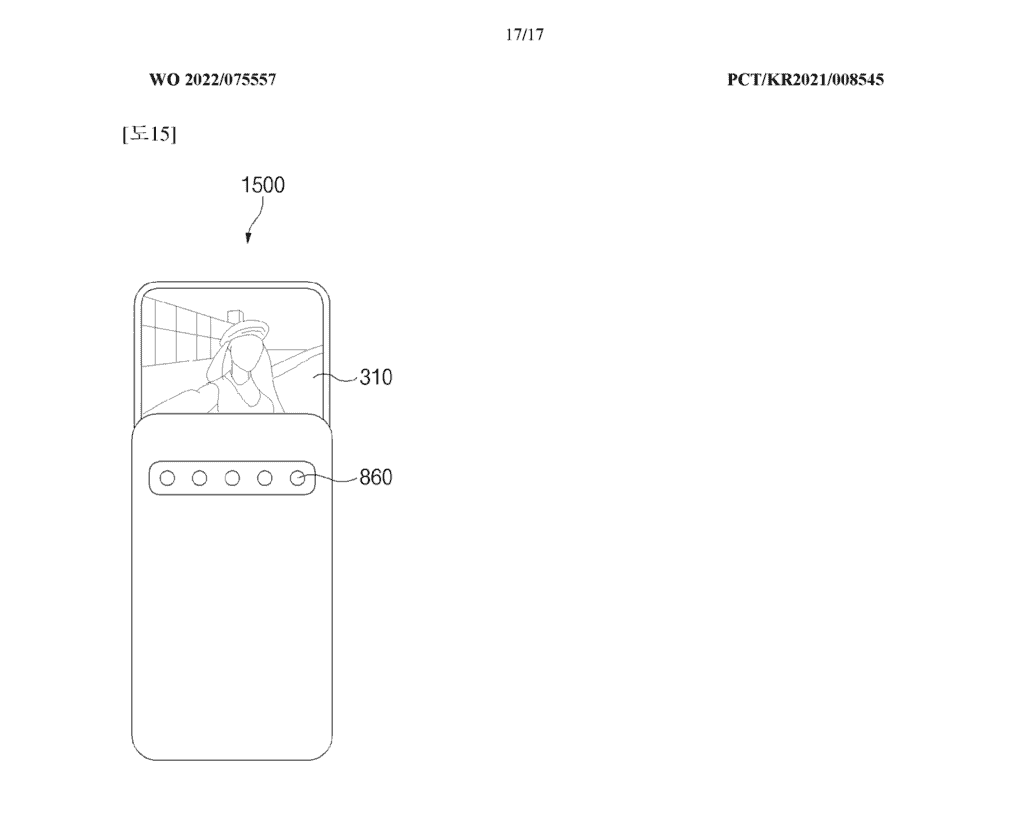 The Samsung Slideable device’s mechanism looks like the old Monte slider. However, it packs a bigger design, display, and full touch screen support. Moving around to the back, there are five small circles. Four out of these five will likely be for the camera department. The last one stands as a LED flash. The phone’s sliding display will also come with some display tech at the back.

According to the description, the slider’s rear display serves as a viewfinder for selfies or is a transparent display. It reads “transparent are of the display and an opaque area”. Therefore it is possible the panel will come with some transparent display technology. The patent above, clearly shows someone trying to capture a selfie using the back camera and the display is acting as a screen. This makes us wonder if the device really has a selfie camera or if the patent is showing that a person can easily take a selfie with the main camera setup. 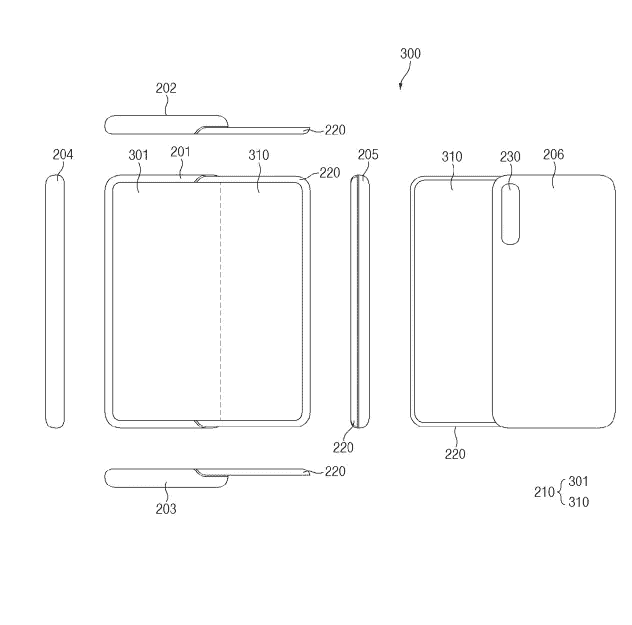 In addition to the above smartphone, another Samsung phone with a slideable display appeared at WIPO. However, the second device has a horizontal display. When rolled out it basically becomes a tablet.

Don’t hold your breath for these devices just yet. After all, patents don’t really mean these smartphones are coming. Samsung may just be protecting ideas for potential use in the future. Meanwhile, the company will keep focusing on the foldable segment. Worth noting that the company also filed patents for a rollable or sliding smartphone a few months ago.